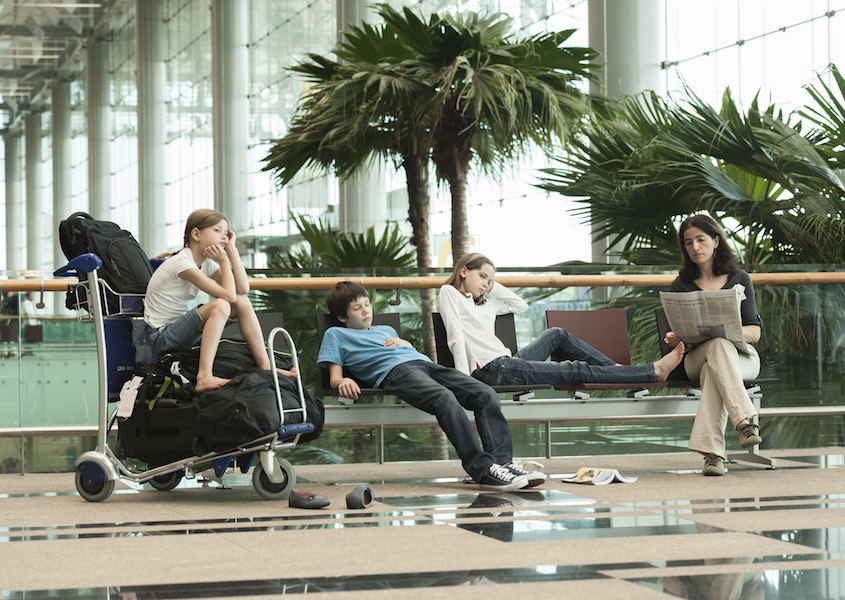 Australian travellers heading overseas too often face flight delays and cancellations leaving them out of pocket, according to new research.

A study from Southern Cross Travel found one third of Aussies are met with delays or even cancellations on overseas trips, with those uninsured especially vulnerable.

Those whose plans were delayed or cancelled often not only lost the price tag of their flight, but were forced to pay unforeseen accommodation and food expenses and miss time at work.

One traveller told The New Daily she and her friends lost thousands of dollars after becoming stranded during the Bali ash cloud saga of 2015.

Her advice to Australians flying overseas was to tick “that little box” for insurance, rather than running the risk.

Southern Cross Travel surveyed 1000 Australians, finding 58 per cent had been left out of pocket due to unexpected accommodation, travel and food costs when flights were pushed back or cancelled.

While many of us are unperturbed by half-hour delays that seem to be the new norm, 23 per cent of respondents said they’d been stranded for 10 hours or more at one time.

The countries most guilty of leaving us stranded were the USA, Bali (not helped by last year’s volcanic activity), China and the United Kingdom.

Lauren Britton, an American woman currently living in Sydney told The New Daily she had just started a new job when she was told the next Jetstar flight out of Denpasar may not leave for ten days.

“The idea of being out of the office another ten days when I’d just started was obviously very stressful,” said Lauren, who was forced to book accommodation in Denpasar on a night-by-night basis.

Hotel costs left Lauren out of pocket $100 per night, not to mention food expenses plus the time spent on hold each day to Jetstar.

Because Lauren didn’t have any form of travel insurance, she was eventually only refunded the price of a one-way ticket back to Sydney.

“My boyfriend and his family did have insurance and they ended up being able to claim about $1000 back,” she said.

“It’s definitely changed the way I book holidays in the future.”

Lauren’s experience with the Bali ash cloud mirrored the majority of cancellations, according to the study.

More often than not, weather was to blame for flight delays and cancellations, causing 24 per cent of issues, while mechanical issues came in second at 23 per cent.

Aircrafts arriving late were to blame for 19 per cent, air carrier delays 15 per cent and natural disasters just seven per cent.

Frustratingly, eight per cent of travellers were left in the dark as to the cause of their delays.

CEO of Southern Cross Travel Craig Morrison said while travellers didn’t have much control over delays, pre-purchasing travel insurance could soften the blow of hours or days spent in transit.