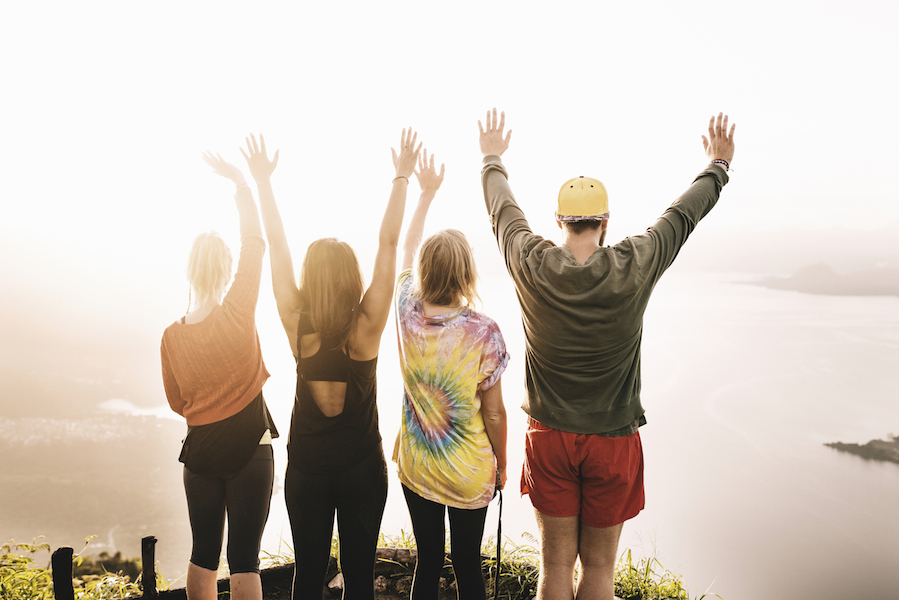 First Daughter Malia Obama may have shocked Americans when she announced she’d be taking a gap year next year – but in Australia we’ve become familiar with the concept.

Accepted into the internationally prestigious Harvard University, Malia instead decided to defer her studies (something the uni apparently encourages) to spend a year bolstering her already impressive resumé and getting to know the world.

• Why taking a gap year is a big waste of time
• Why we aren’t laughing at your house prices joke, PM
• The secrets of successful savers revealed

The news was obviously bittersweet for her powerful dad, who candidly told Ellen Degeneres about his apprehension.

“I’m not ready for her to leave,” he admitted on the comedian’s talk show.

“She’s one of my best friends. It’s going to be hard for me not to have her around all the time, but she’s ready to go.”

The concept of a gap year has been around for decades, but the name itself has only crept into the public consciousness in recent years.

And depending on who you ask, gap years either refuel and reinvigorate you after high school before you embark on further study (or work), or they’re a dangerous break in momentum that could leave you floundering.

We decided to ask a number of successful Australians in various industries about whether or not they took a gap year, and if in hindsight that decision was right for them.

Did you take a gap year? Yes

Was it a good idea? “Having a gap year was an amazing experience. I think you have to do it. There is a strange magical bubble that goes around people when they’re young – it sounds stupid but I don’t know what it is.

“I went travelling bit, hung out, played in bands did all that stuff. Didn’t do the grand backpack around the world and take weird things or any of that kind of stuff.

“I have a 15-year-old son now and I talk to him about good decision-making – and you think about the stupid stuff you did and how you survived.”

Was it a good idea? “When I started uni in 1976 it was more the exception than the rule for people to pursue higher education. The uni lifestyle was very relaxed – we did 12 hours contact time a week and I didn’t do much more than that.

“I’m not sure if it helped me or hindered me. I guess in a “sliding doors” sort of way my life could have turned out very differently if I had taken a gap year but I’m happy with where I am at and the journey I’ve had to get here.

“I have been very lucky to have been able to get plenty of that through working in the banking industry, both in terms of seeing many parts of the world  and being transferred around Australia.”

Was it a good idea? “I wish I had. There’s an unfortunate expectation on teenagers to know what they want to do with their lives when they are 15 years old, selecting subjects for VCE. I ended up taking a break from university and travelling when I was about 21, before switching degrees.

“I wish I’d felt like that was an okay thing to do when I was 17 and leaving school, but at the time I was under the impression that to keep moving forward I needed to continue with my studies – keep in mind this was 2003, when gap years were not as commonly taken.

Did you take a gap year? Yes

Was it a good idea? “I spent the first half of the year working my arse off to save enough dollars. Then I went backpacking through Europe and spent three months living and working in China.

“It was a great decision. I grew up a lot, learned to be independent and look after myself. Going by myself was scary but probably the best bit. It forced me to make new friends and make decisions for myself.

“I’ll probably take another year at some stage. You learn so much travelling. I can’t imagine I’ll ever stop.”

Occupation: Comedian and co-host of Breakfast on Triple j

Did you take a gap year?  No

Was it a good idea? “No gap year for me. I went straight from school into a bachelor of fine arts in acting, which qualified me as an unemployed actor, so I essentially went on to have a seven-year gap year.”

Did you take a gap year?  Yes

Was it a good idea? Jackman went on a gap year to England, where he worked as an assistant house tutor at Uppingham School in 1987.

He had such fond memories of his time there that he took a break from his Les Miserables shooting schedule to revisit the school a few years ago.

Was it a good idea? “My mother believed that gap years were the devil’s work, so that really wasn’t an option for me. I absolutely wasn’t allowed.

“They didn’t really exist back when I finished school. It’s a case of ‘sliding doors’ but I don’t regret anything.”

Occupation: Leader of The Greens, Senator and GP

Was it a good idea? “I went straight out of school into footy. But I had more fun on 13 footy trips than I would have had on a gap year.”