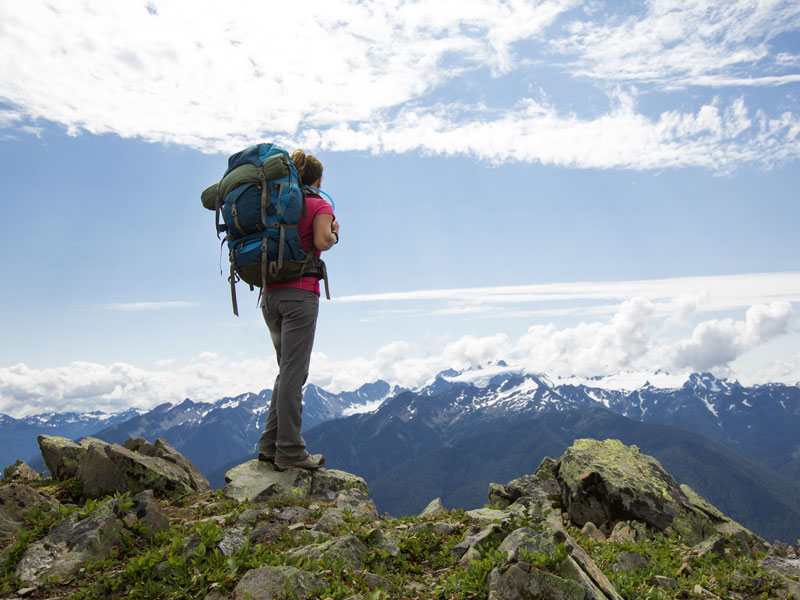 The idea of travelling alone is daunting, but according to a couple of well-seasoned travellers it can actually prove to be one of the best experiences you will ever have.

About 45 per cent of Australians have ventured overseas alone, according to recent research from Wotif.com.

Nearly 30 per cent traveled solo because they couldn’t find anyone to join them, while 47 per cent chose to explore by themselves.

• The perfect travel bucket list for science lovers
• You don’t want to travel with these airlines
• Danger zones: places Australian travellers should fear to tread

But jetting off by yourself doesn’t mean the entire trip needs to be a lonesome endeavour, in fact, two Aussie nomads say the people you meet could turn out to be the highlight of your trip.

Western Australia teacher trainer and curriculum developer Maria Doyle has travelled through 33 countries in the past 20 years.

“Travelling solo can be hard, really hard, in terms of feeling isolated, never having anyone to watch your bag when you need the bathroom, having to stay awake for hours on end in airports or stations waiting for connections,” she says.

“Losing your wallet, or your phone, or a bag … you learn not to sweat the small things, and to always have a second stash of cash somewhere and that when all else fails you can always rely on one person to get you through – yourself.”

What about the risks?

There are plenty of horror stories about the dangers of females travelling alone.

It even attracted the attention of Hollywood in the 2009 thriller Taken, which follows a former CIA operative’s search for his daughter after she is sold to human traffickers for sex slavery while travelling France.

But for the most part, the hype is just that.

Although it is definitely possible to get into trouble, there are some “common sense” ways to avoid it, according to Intrepid Travel digital acquisition manager Sarah Macdonald.

“Take calculated risks not reckless ones,” she says.

“Do your research before visiting a country so that you know how women should behave – what you should wear, is shaking hands with men appropriate, what areas of big cities should you to avoid at night.

“Don’t listen to the countless people who will tell you not to do it, that it isn’t safe (unless that is actually the case) and that you will end up being raped or mugged or murdered.”

Ms Macdonald, who has travelled alone to unstable regions like Uzbekistan and Kyrgyzstan, advises against arriving in a new place at night, but if it can’t be avoided ensure you book accommodation beforehand.

How to play it safe

Don’t let the buzz of travelling cloud your judgement.

Take the usual precautions you would take at home, but be aware that the legal system, customs and culture in a country are likely very different from your own.

Don’t travel when you are “stupid tired”, drunk or at night alone, as “that’s when things happen”, the experts say.

“I think the same dangers exist whether you’re female or male travelling alone – it’s more to do with using your common sense, timing your travel well, and being prepared with maps and a Plan B just in case the bus or train or plane or hotel you were planning on doesn’t work out,” Ms Doyle says.

“I’d often befriend other travellers – usually women or couples, and after spending a bit of time with them and getting a ‘feel’ for how genuine they were, would ask if they minded that I join them … it rarely didn’t work out well.”

Canada, Iceland, Italy and Morocco are some of the top destinations recommended to first-time solo female travellers in 2016, according to recent research from Trafalgar.

Ms Doyle also recommends the Pacific Islands and says that although isolated, the people are friendly and it is “oh so easy”, while Ms Macdonald has a more unlikely top pick.

“Iran … ended up being one of the easiest countries I’ve travelled in,” she says.

“The public transport is amazing but more so than that, the people are the most friendly, hospitable and kind people I’ve ever met.”

The adventure every traveller should have