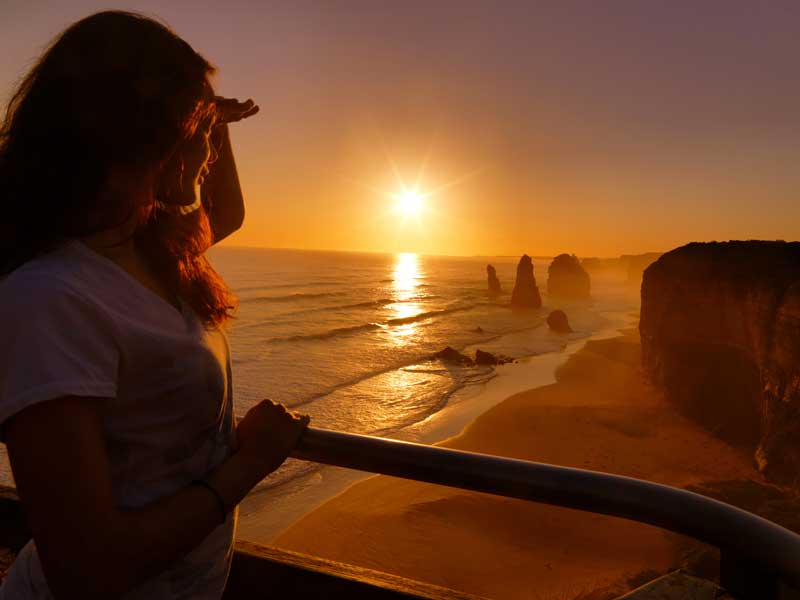 A weak exchange rate has created pain for those planning overseas travel from Australia, but there is a silver lining other countries can’t enjoy.

The dollar dipped below 70 US cents in September, a low economists previously predicted to be reached early next year.

It saw some warn a “50s handle” could be realised by the end of 2016, The Sydney Morning Herald reported.

Although a boon for international visitors heading to Australia, Edith Cowan University tourism Professor Ross Dowling told The New Daily it would strand some locals on the mainland. “[Deciding to travel] comes down to time, money and health, I guess,” he said.

“Money is certainly an important factor for Australians in choosing to travel and for every five or 10 cents that the dollar drops against the US dollar makes it that much more difficult for Australians to travel to other countries.”

But there was one luxury Australian travellers could enjoy that wasn’t possible in other parts of the world.

After the highs of 2011, when the dollar peaked at a record 110.55 US cents, an increased number of Australians have chosen to tour domestically.

In the past year, a record one million travelled on cruise liners alone – growth significant enough to rival that of other countries.

“If for reasons they can’t travel overseas, but they can still travel within Australia, there is just so much choice,” Professor Dowling said.

“Eco-tourism has boomed over the past couple of decades and now there are a lot more facilities and availabilities to visit national parks and wilderness areas and places like that than ever before.

“Virtually every major port in Australia has got cruise ships home ported there.

“We are really spoilt for choice.”

Although a trip to the United States or Europe would see your holiday savings plummet, it is not the case in other parts of the world.

“The Asian countries are nearby and good value,” Mr Dowling said.

“Indonesia or Bali, Malaysia, Borneo, and you have the emerging countries like Laos, Cambodia and Burma – all of those countries represent good value to Australians when our dollar is down because our dollar still works well for us.”

The sliding Australian dollar isn’t all that bad

A spokesperson for Tourism Australia told The New Daily the Australian economy was also benefiting from the current exchange rate which was enticing more international travellers who were spending locally.

“The [current] dollar is putting more Aussie tourism dollars in the pockets of international visitors from some of our key markets – such as the US and UK, which is reflected in the higher spending that we are seeing from those markets,” the spokesperson said.

Although the current climate might make Australian travellers think twice about expensive holidays overseas – they might be more inclined to travel locally.

Travelling within Australia means your dollars are mostly going into the hands of Australian businesses.

–with reporting from Kaitlin Thals How the falling dollar has ruined your travel plans