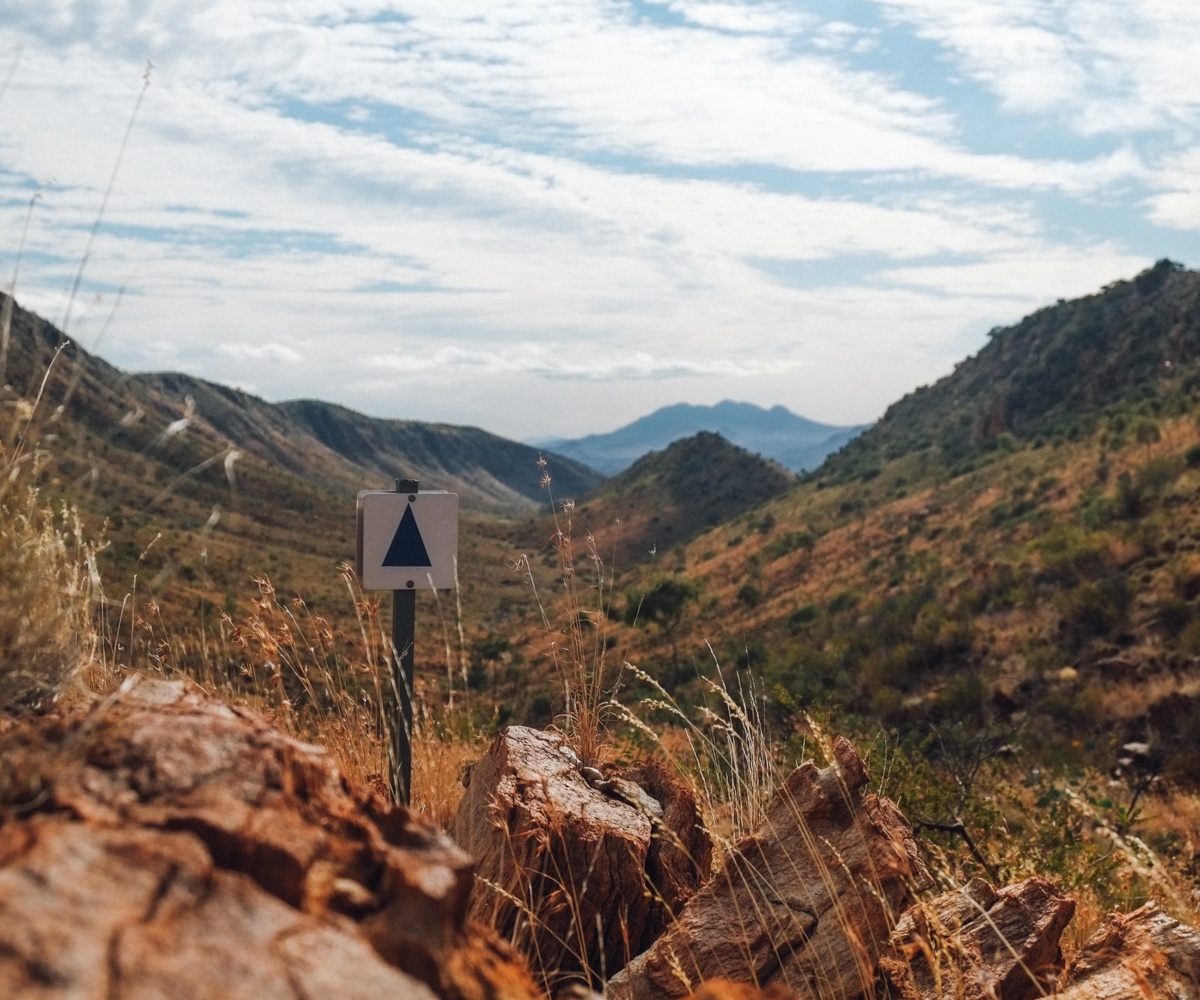 Working as a cinematographer in the film industry, I often find myself in remote locations, setting scenes against sweeping landscape backdrops and pinching myself that it’s my office for the day.

However, no matter the level of beauty, it’s still a high-pressure, fast-paced environment to work in and I rarely get the chance to spend time simply enjoying the scenery.

• Riding the Indian Pacific
• Confessions of a first-time cruiser

I remember a time as a teenager when I’d go off on multi-day hikes in the Blue Mountains, connecting with nature in a way that extended beyond surface level.

So when on holiday in December 2014 I joined my family on a three-day group walk at the beautiful Bay of Fires in Tasmania, the motivation kicked in to pursue a longer, more self-guided adventure.

Admittedly I was inspired, as many have been since it hit bestseller lists worldwide, by reading Wild, Cheryl Strayed’s compelling portrayal of her journey on the Pacific Crest Trail.

Although not feeling the urge for such an extreme undertaking, I was craving the chance to disconnect, to explore some wilderness while adding an element of personal challenge.

After some googling of extended walks around Australia I zeroed in on the Larapinta Trail in the Northern Territory  , which seemed to fit the criteria for the kind of challenge I was up for.

Click on the owl for more information about the trail

I called my pal Will – high school bestie and self-proclaimed ‘happy hiker’ – who, with years of passionate bushwalking experience under his belt, eagerly signed up to be my buddy. He took great joy in helping with all the logistics, preparing our gear and food supply in advance.

The trail is divided into twelve sections that can be accessed by road, and there are three checkpoints with lockers where you make your food drops before beginning your trek. Will carried this out while I finished up a job in New York and flew out to meet him.

From that point on it was phones off and fourteen days ahead of us of total nature immersion. Determined not to slip into anything resembling ‘work mode’, I’d packed a lightweight camera strictly for happy snap purposes only.

The Larapinta Trail extends for 223km from Telegraph Station at Alice Springs, winding over the dramatic peaks of the West McDonnell Ranges, to the foot of Mt Sonder – where a 3am wake-up call found us climbing in a surreal full-moonlit daze to a rewarding sunrise finish and spectacular views. The track was extended and increased in accessibility some twenty years ago, allowing tourists and walkers to tailor long or short walks of varying challenge and crossing many sacred sites of the Arrernte people.

Covering so much ground at a steady walking pace (and with a 15-20kg weight on your back) invites the opportunity to really absorb and appreciate the surprising diversity of these outback ranges.

Wildlife seemed scarce, yet the closer you looked the more you’d find. Dingoes, rock wallabies and lizards could be spotted with keen eyes, while thieving crows and a gazillion flies made their presence a little more than known. Thankfully there were no snake sightings…

There was plenty to keep us physically and mentally engaged. Friendly blue arrow distance markers signaling our progress became encouraging symbols of goals attained and at times necessary confirmation that we were indeed still on the trail.

As mountain peaks were conquered, a sort of clarity began to emerge.

Significant stretches of walking were rewarded with victory beef jerky and dried bananas (actually really good), and breathtaking skies accompanied our end-of-day chow sessions of rehydrated beef stroganoff and 85% dark chocolate. Dehydration and heatstroke were very real possibilities under the relentless sun, countered by toe-numbing temperatures in the overnight hours.

Climbing out from the warm cocoon of my sleeping bag to emerge from the tent into the shock of a biting chill was easily my biggest challenge of every morning.

As days and nights wore on and mountain peaks were conquered, a sort of clarity began to emerge. Physically – literally – hitting a new stride, I’d found my walking legs, and perhaps a little extra muscle definition to boot.

Aches and blisters were ignored, so constant they receded into the background. I’d finished a few books – reading more in a week than I usually set time aside for in a month (reading by Kindle-light under a shimmering star-studded sky, a soothing breeze whistling through ghost gums overhead, is not a bad way to end a day).

Will and I had cycled through our top hits of favourite chat topics, nonsensical joking and song-singing, as well as the inevitable disagreements.

One thing difficult to truly anticipate is the amount of uninterrupted time you’ll be spending within your own head.

One thing difficult to truly anticipate is the amount of uninterrupted time you’ll be spending within your own head – many stretches were spent in contemplative solitude.

Away from the crowds, the technologies and the routine of everyday living, and here without distraction save for that of continuous majestic panoramas, psychological perspectives began to shift. Small inconsequential musings and big existential questions would intertwine, commanding equal attention and importance.

I learned that the best antidote to any niggling concern could simply be a solid hour or so of quiet walking, allowing the mind to wander and reflect… eventually the always-welcome topic of ‘what’s for dinner’ would rear its head and take the forefront anyway. After our final dawn ascent and ceremonial porridge at the arresting summit of Mt Sonder, realization began to set in that we’d actually completed our mission. Simultaneously elated and exhausted, we packed up camp for the last time and managed to hitch a ride on a tour bus, destination civilization.

In what seemed like a dream, we stopped off for fifteen minutes at a time at various trailheads we’d camped along the way, shuttling the entire trail distance in reverse, and within four hours found ourselves right where we’d started in downtown Alice Springs.

With some reluctance phones were turned back on and inboxes filled, but I wasn’t in any hurry to brush away the sense of calm and accomplishment that had gradually built over those two weeks. This is the walk every Aussie should do