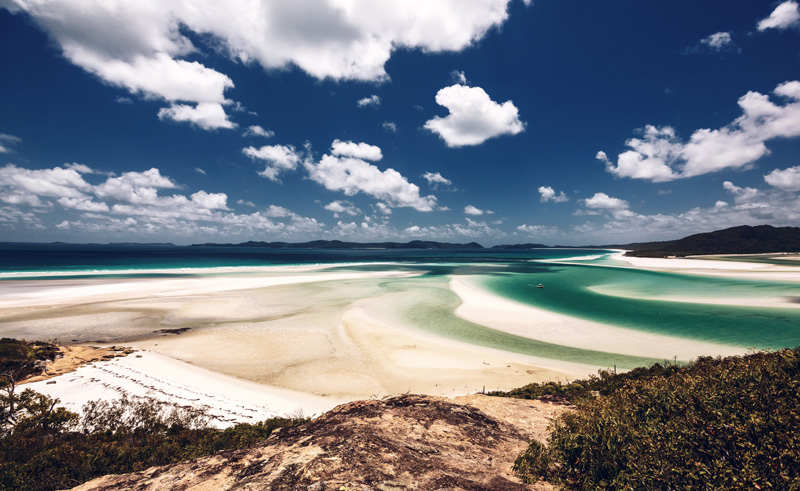 With spring officially here, hot summer days and warm summer nights are well on their way.

And if you’re a fan of beautiful, secluded beaches, you’d have to be truly mad to ignore what Australia has to offer.

We may not be in the throes of heat waves yet, but if you want a chance of having the beach to yourself it’s best to go before high summer hits.

Overseas travel may be exciting, but we dare you to find beaches as spectacular as this on offer anywhere else (and at this price).

Whether you’re a “glamper” or a simple swag dweller, you’re unlikely to spend as much on one of these camping trips than you would two weeks’ rent.

Incredible views, crystal-white sand and beautiful wildlife: there’s something for every camper in our list of Australia’s best beaches to pitch a tent or unroll a swag on. Touted as the whitest sand in the world (and it’s hard to argue), Jervis Bay boasts some of the more beautiful beaches in Australia. Booderee National Park has three unpowered campsites just three hours’ south of Sydney. Owned by the Wreck Bay Aboriginal community, Booderee is a great spot for surfing and spotting humpback whales and rare sea birds. With its stunning scenery of rainforest-clad mountains sweeping down to long sandy beaches, Daintree National Park is one of the most revered parks in Australia. It’s also worth noting that this is the only place on earth where two world heritage sites sit together, as the Great Barrier Reef meets the Wet Tropics. The ultimate secret getaway spot, Little Waterloo Bay can only be reached by hikers on foot. Leave from Telegraph Post in the morning and, 13 kilometres later, you’ll be more than ready for a dip at this beautiful and secluded beach. Set up camp on the shore or just behind (and look out for wombats). Perhaps more famous for its dairy products, Bruny Island is brimming with gorgeous beaches and native wildlife. Camping is free, but you’ll have to share with fairy penguins, fur seals and various exotic birds. Only reachable by boat, Whitehaven Beach in the world-renowned Whitsundays area is famous for its blindingly white sand and crystal blue water. The campground is located 30 kilometres west of Shute Harbour, settled low in eucalyptus woodlands.

All images via Shutterstock.