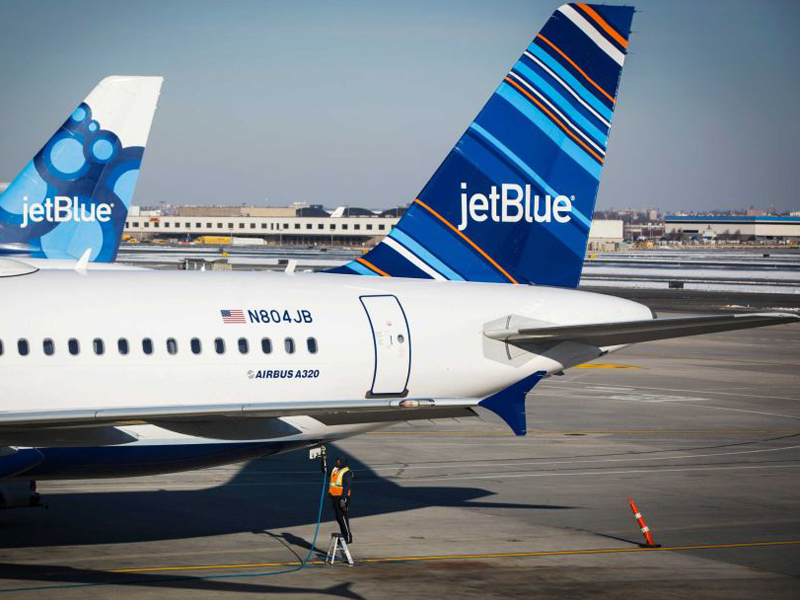 A drunk passenger on board a JetBlue plane has been arrested upon arrival in the western US state of Oregon after allegedly urinating on fellow passengers.

“Flight 45 from Anchorage, Alaska, was met by local authorities upon arrival into Portland at 4:26 this morning following an incident involving an intoxicated customer,” the airline said in a statement.

• Slice of paradise: 13 private islands you can rent
• Confessions of a first-time cruiser
• Where you travel reveals your personality

He faces charges of second-degree criminal mischief and offensive littering.

Crew and passengers on board the flight told police the suspect slept through most of the three-hour flight but woke up shortly before landing and began relieving himself.

“Approximately 30 minutes prior to landing he stood up and began urinating through the cracks of the seat onto the passengers seated in front of him,” the police report said.

“At some point Jeff Rubin lost his balance causing him to fall backwards and urinate upwards which got on the passengers and seats next to him as well as some other passenger’s personal belongings.”

A news reporter sitting close by told the Anchorage newspaper Rubin fell back asleep after the act.

No relief for drunk passenger