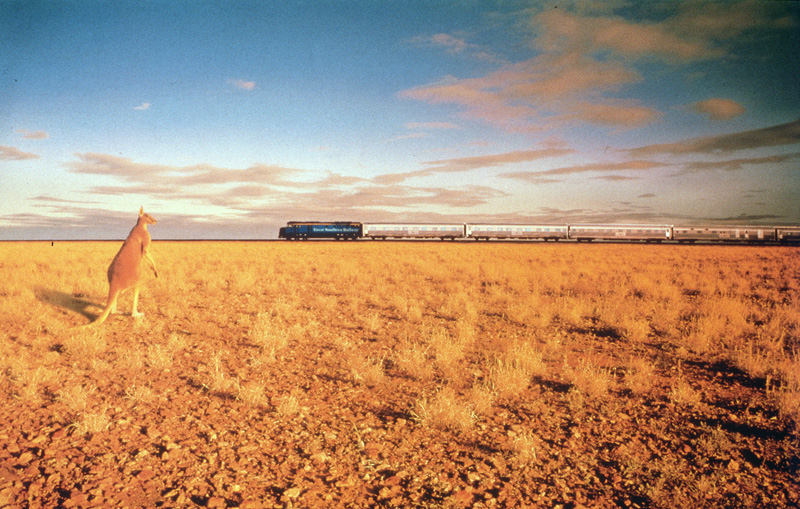 Travel has always been in our blood here in Australia; from the original inhabitants and their love of going walkabout to the European explorers and all those who followed.

It’s little wonder that per capita, we own more campers, caravans and, quite likely motorhomes and tents than any other nation.

Of course the fact we’re a country surrounded by pristine oceans with the world’s greatest beaches might also have something to do with our love of camping.

Of course TV is by nature, a rather misleading medium.

A 30-second montage of the Leyland Brothers crossing the great Simpson Desert doesn’t quite convey the actuality of four-plus mind numbing dusty days locked in a struggle of man versus 4×4 track.

So we watch and find ourselves nodding along from the comfort of our Lazy Boy thinking ‘Yes, we really must do that!’

And don’t get me started on the Nullarbor Plain. 200,000 square kilometres and 1100 clicks of featureless driving.

OK kids, brace yourselves, because with these kinds of kilometres, everyone’s going to suffer.

I don’t care if you have a 5kg lolly stash and a glovebox of fully charged iPads – the Nullarbor takes boredom to an entirely new level that will crack even the most committed Minecraft architect, back-seat sugar moocher.

As for the poor sap who has to drive the vehicle, well, speaking for myself, there could be circus tents every 100m with the finest talent from Cirque Du Soleil and I’d still be nodding off by the Head of Blight.

I don’t blame the Nullarbor; it’s not like there isn’t warning enough in the name. Educated folks will try to tell you that ‘Nullus’ and ‘Arbor’ come from the Latin meaning ‘no trees’ but to a person with a seven hour dead-straight drive ahead of them, the meaning is pretty clear.

If you’re lucky enough to have the opportunity to travel our great land, let me share a little tip given to me recently by one of our beloved trucking fraternity. ‘In Australia, there’s a heck of a lot of nothing in-between the odd oasis of something’.

One of the charms of Australia is that it’s a bloody big country with a relatively spartan population.

In England, by comparison, there are very few places you can drive for more than a brief duration without passing into the next town.

Down under, it’s possible to drive the length of some countries and not see another car.

Don’t get me wrong; I love a long drive in the outback as much as the next bloke, but as time goes on, I am beginning to understand that moderation is a key ingredient to the amount of enjoyment one can take from any particular activity.

I have many friends with RVs who have done the big lap of Australia and I certainly appreciate the appeal – but not everyone has that kind of time.

Just lately I’ve been wondering if an approach that focuses on locations within a few hours’ drive of home might offer similar reward without the sacrifice.

This article was originally published on Caravancampingsales.com.au. All images from Shutterstock.

The Big Lap of boredom?