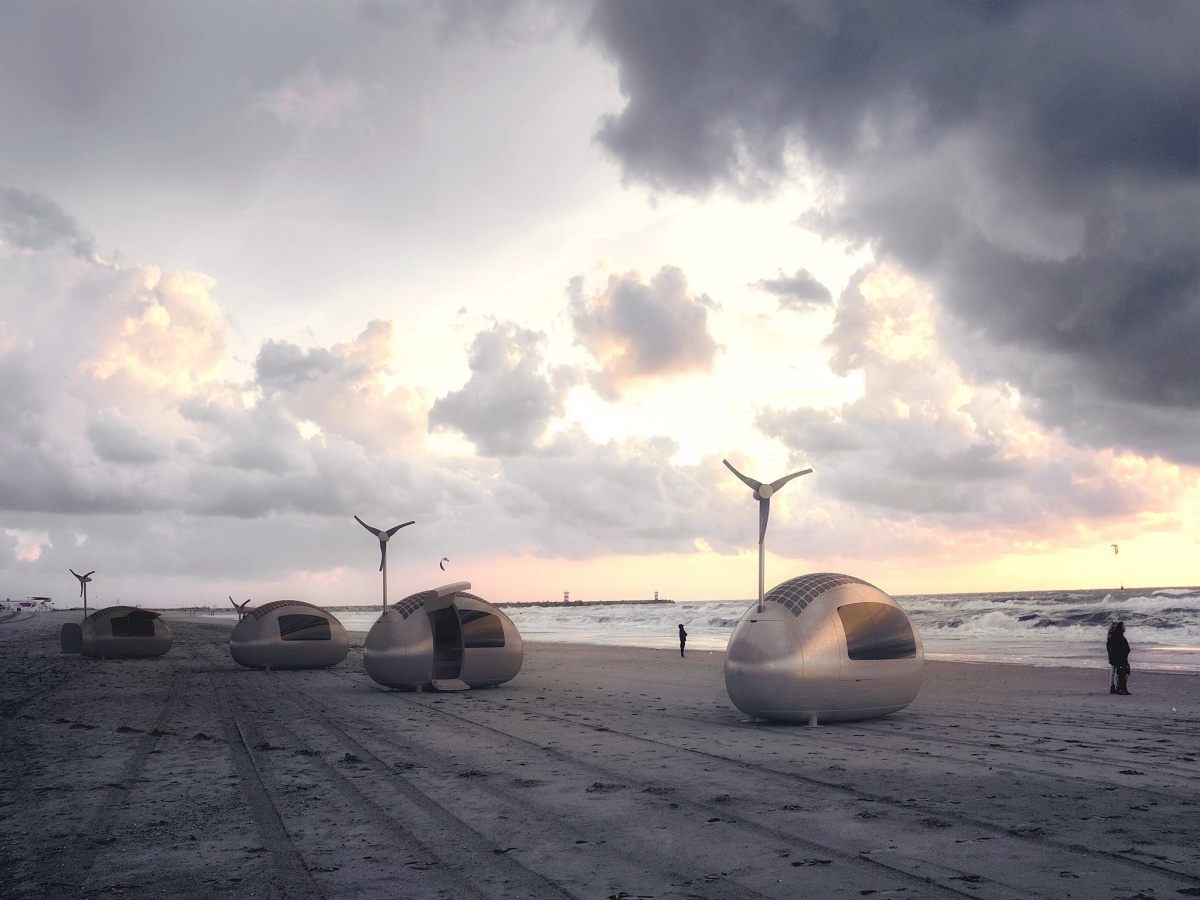 We’re all for caravan designers who think outside the box – full marks to the creators of the Taku-Tanku recycled water vessel, for example – but you really have to admire those who think inside the egg.

Born from the fertile minds of Slovakian design firm Nice Architects, the Ecocapsule is the latest caravan-style shelter that blends futuristic, compact design with the latest, off-the-grid technology.

• Fuel economy: how to get the most out of your petrol
• Flying Huntsman: a six-wheeler Land Rover is coming
• Into the wild: Best Australian camping grounds

Six years in development and looking like a giant dinosaur egg, the Ecocapsule is described on the Nice Architects website as “a low-energy house [that] merges an energy efficient shape, compact volume and off-grid capabilities with the luxuries of a warm bed, running water and a hot meal”.

With just eight square metres of interior space, the two-berth micro shelter squeezes in a toilet and shower, kitchenette, bench with seating for two, folding bed and a couple of storage areas.

It measures 4468 millimetres long, 2407 millimetres wide and 2487 millimetres high, and at 1500 kilograms is light enough to be towed by a small vehicle or even a “pack animal”.

While the spherical shape is not entirely practical, the Ecocapsule does have some clever ways of harnessing energy, including a retractable pole holding a 750W wind turbine and 2.6 square metres of solar panels on the curved roof, which is also shaped to collect rainwater before filtering it for drinking.

Combined with “a dual power system and high-capacity battery … this creates an energy system that can support you for almost an entire year in many off-grid locations”.

While an Ecocapsule trailer is on the cards, mobile housing in remote research locations, tourist lodges and for emergency relief, seems to be the main target, especially as it fits into a standard shipping container for easy delivery around the world.

The Ecocapsule is expected to go on sale in late-2015, with a camper trailer version to follow in 2016.

The article originally appeared on caravancampingsales.com.au.

‘What a hit’: Albanese on attack after dire wages data
Inquiry into mother’s convictions over deaths of four children
Viagogo loses appeal over $7 million penalty
Sydney home sprayed with bullets in gang violence
‘Admit what the hell is going on’: Biden wants US to face White Supremacy problem
Device detonated, man arrested in Brisbane sieges
The airline that will weigh its passengers
Today's Stories