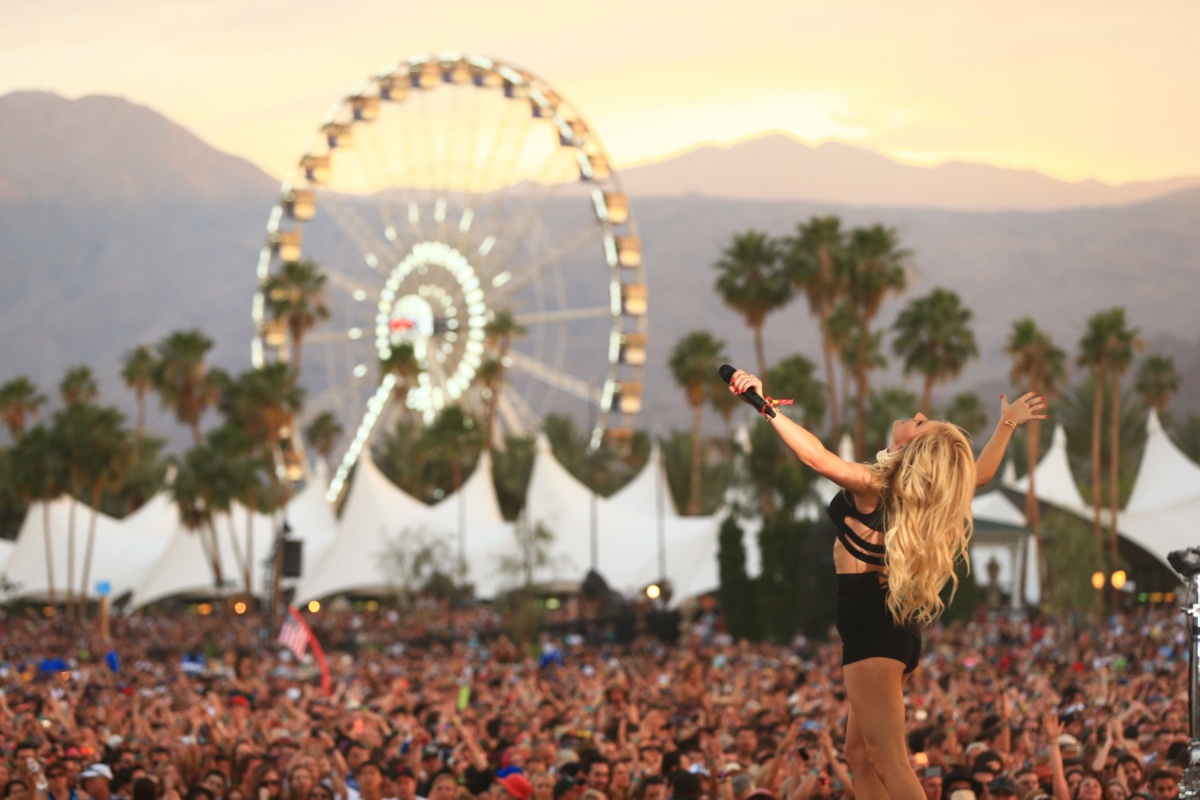 Coachella may be the most coveted music festival in the world.

With hot weather, celebrities and cream-of-the-crop acts, it’s a magnet for young Aussies looking to let their hair down.

With this year’s lineup including everyone from AC/DC to Drake, 2015’s festival is set to be a winner.

However, there’s plenty more to see and do than just basking in the sun while listening to the world’s best musos do their thing.

Make the most of your trip with our ultimate guide to everything going on in and around the festival.

How to get there

You’ll be best served flying to Los Angeles, unless you’re keen on a boat voyage across the Pacific Ocean.

*all prices return tickets found via skyscanner.com in January 2015

Once you’re in LA you’ll need to get to Palm Springs, the closest city to Indio where the festival is held.

Getting to Palm Springs

Greyhound Bus: To travel from LA to Palm Springs will cost you US$18 for advanced purchase or US$31 at the normal rate.

Car Rental: To pick your vehicle up at at LAX and drop it off in Palm Springs will cost you approximately $100 for a four-door sedan (extra charges apply for under 25s).

Flying: It’s an expensive and fairly inconvenient way to get there, but you can fly from LAX to Palm Springs via San Francisco for around $190 (it’s a 12-hour round trip) or direct for $676.

If you’re on a budget

For those with a limited spending capacity and a love for the great outdoors, the best option is on or off-site camping.

In the Coachella grounds there a few options for camping which will keep the budget conscious happy.

If you’re a bit posh try a ‘Safari Tent’ for extra comfort (but if you do that, you’re cheating, so don’t, because no one likes a glamper).

To escape the festival site there are also a number of nearby campsites in Indio.

If you want to splurge

Palm Springs is a 40-minute shuttle from Coachella but be warned – hotels ain’t cheap:

Salvation Mountain: An hour-and-a-half drive from Palm Springs is Leonard Knight’s beautiful man-made mountain. Full of murals and sculptures it sits in the middle of the Colarado Desert like some sort of man made mirage.

The Integratron: Erected in 1959, one hour north of Palm Springs, builder George Van Tassel claimed this quirky “energy machine” was capable of time travel and anti-gravity.

Robin Hood Archery: Unfortunately it’s not Robin Hood-themed, so put the tights away fellas. Despite that, archery is a lot of fun and even if you’re a beginner it will be a memorable first attempt in Indio.

Festival art: There is a whole lot of art inside that you won’t and basically can’t miss.

King’s Highway @ Ace Hotel: The old roadside diner by the Ace Hotel has been turned into an eatery described as “fit for the rat-pack” and serving breakfast, lunch and dinner.

CV BBQ: If you’re in America and you don’t make a beeline for a pit BBQ spot, you’re out of your mind!

Shields Date Gardens: These guys were doing dates waaaaaaay before using them as a sugar substitute was cool. Try the date shake, then thank us.

What to pack (and leave at home)

The desert can be a cruel mistress at night when it gets bitterly cold, so prepare to rug up!

Action Bronson: The chef turned rapper is famous for outlandish stunts during live shows. Like when he left his own gig in the UK mid-encore to look for fried chicken.

St. Vincent: What Annie Clark does with a guitar will astound you. Her weird yet compelling choreography is amazing too.

Run the Jewels: Their new album made 2014 ‘Best of’ lists all around the world and if you can get in the mosh for hit single Close Your Eyes you’re going to have a good time.

Tycho: The electronic groove of the Sacramento-born producer and DJ will be a memorable set to dance the night away to.

Getting there: your guide to a Coachella 2015 trip