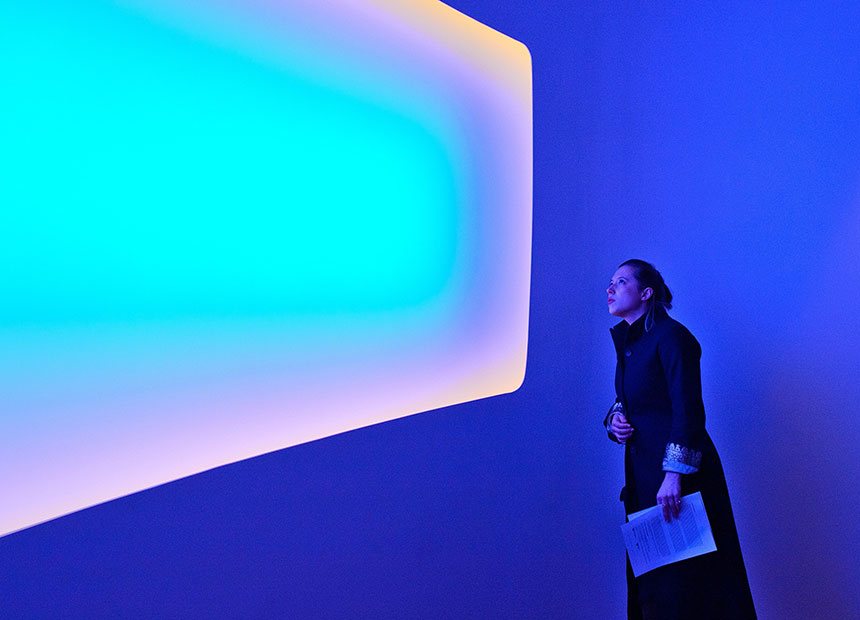 It’s official: Australia has captured the world’s attention when it comes to providing groundbreaking art and design experiences.

It’s no surprise then that international galleries are vying to have their collections shown down under.

• Rupert Myer AM: a letter to my younger self
• National gallery lifts ban on selfies, for art’s sake

For Australians, this means blockbuster exhibitions are no longer confined to a single event once a year – they’re running all year round, all across the country.

With the summer break the ideal time to explore what our galleries have to offer, take respite from the hot weather and enjoy a viewing without the crowds.

The Fashion World of Jean Paul Gaultier: From the Sidewalk to the Catwalk

What: Explore the unconventionally dazzling and playfully irreverent creations of French fashion designer Jean Paul Gaultier in the first international exhibition dedicated to his expansive oeuvre of work.

Where: National Gallery of Victoria

Where to stay: South Yarra’s The Olsen, a member of the Art Series Hotel Group, offers a cosmopolitan base to explore the rest of Melbourne’s art scene starting with the unique pieces covering the walls of each room. Book here. What: The work of internationally renowned American light artist James Turrell, presented in a landmark exhibition of built spaces that are delightfully unnerving to the naked eye.

Where: National Gallery of Australia

Where to stay: Hotel Hotel, created in collaboration with a number of local designers and artists. Hotel Hotel takes inspiration from the quintessential Australian shack and brings it into the present day. Book here. What: As part of the Sydney International Art Series, Pop To Popism features works from over 45 lenders worldwide – including the Tate Modern and Andy Warhol Museum – in a heady survey of Pop Art’s explosion across the cultural scene of the 1960s.

Where to stay: Apartment One offers a slice of contemporary Sydney living and a refreshing alternative to staying in a hotel, but still allows for privacy and all the glamour of staying in the harbour city. Book here.

What: For lovers of eastern innovation, GOMA canvases the transformation of Japanese fashion from the 1980s until now. It showcases over 100 garments from influential minds including Issey Miyake and Rei Kawakubo.

Where to stay: Limes Hotel in Fortitude Valley offers stellar architecture, modern rooms and a rooftop bar. All you need. Book here.

Fashion Icons: Masterpieces From The Collection Of The Musee Des Arts Decoratifs, Paris

What: Contemporary fashion design and Parisian style come together in a retrospective of couture across the decades. Includes over 90 garments created by the world’s leading fashion designers from one of the most comprehensive French fashion collections in the world.

Where: Art Gallery of South Australia

Where to stay: The Watson, another offering from the Art Series Hotel Group, merges leafy Walkerville with self-contained suites inspired by the work of Aboriginal artist Yannima Pirkarli Tommy Watson. Book here.

Treasures Of The Jewish Ghetto Of Venice

What: Recently unearthed and restored, artefacts hidden during the Nazi period by Venetian Jewish religious leaders – who never returned from the concentration camps – are now on show to mark the 500th anniversary of the Jewish Ghetto of Venice.

Where: Art Gallery of Western Australia

Where to stay: Novotel Perth Langley, perfectly positioned amongst all of Perth’s amenities and sights. Book here. What: Part literary adaptation and part exploration of man’s place in the world, Matthew Barney presents a series of multimodal artworks designed to stagger and please.

Where: Museum of Old and New Art

Where to stay: For the full MONA experience, spend a bit more time exploring the entire collection and then cap it off by staying at one of the gallery’s pavilions for the night. Book here.

And a bit further afield…

New York: Madame Cezanne at The Metropolitan Museum of Art. Until 15 March 2015.

London: Rembrandt: The Late Works at The National Gallery. Until 18 January 2015.