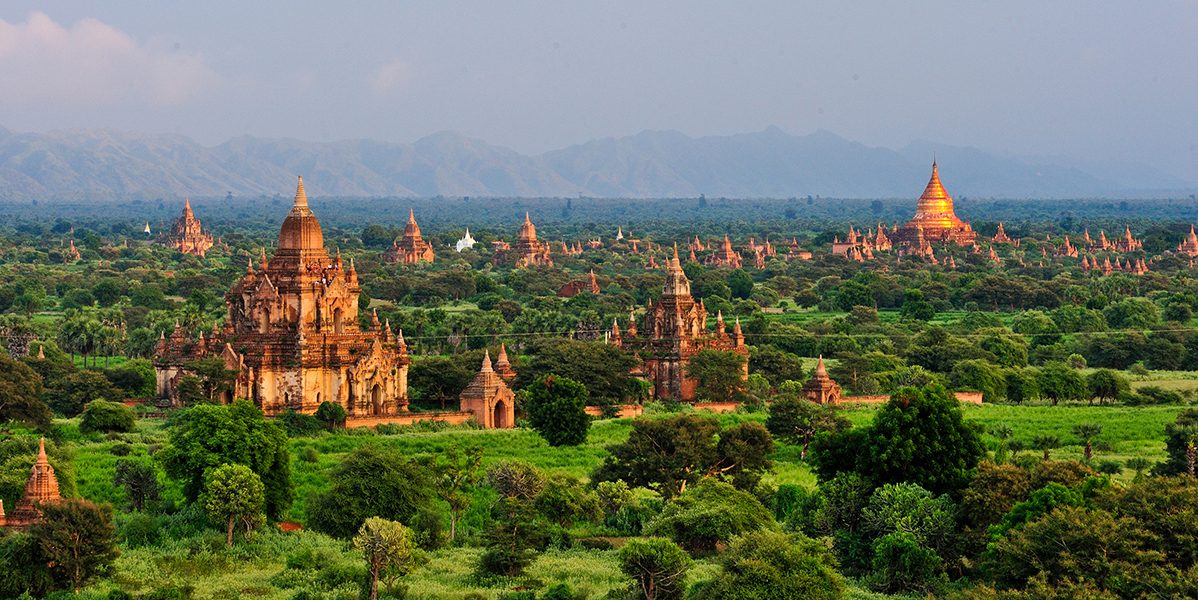 Many of these diversions are close to popular tourist destinations – so unique insights into ancient lifestyles are easily woven into holiday plans.

Here’s a tote-bag of some of the world’s most important ruins and other ancient sites:

Egypt’s Pyramids of Giza and the same complex’s similarly mysterious Sphinx are best-known but ongoing political instability has reduced crowds to a trickle – making souvenir-sellers and touts, offering over-priced camel rides, pushier than ever.

Foreign visitor numbers are growing steadily at Ethiopia’s Lalibela where ten 900 year-old churches each occupy pits as big as squash courts. Each church is carved from a single rock and still used by worshippers.

Similarly awe-inspiring is Great Zimbabwe in south-eastern Zimbabwe, often combined with big-game safaris and eyeballing the Victoria Falls. Great Zimbabwe was the base of an old-time king. Some surviving structures were built in the 11th century.

Tourism has slowed under President Robert Mugabe’s iron-fisted rule but the ruins remain one of Zimbabwe’s top attractions.

Meanwhile, in Israel, Caesarea, administrative hub of Roman Palestine, has the highest profile of numerous historic sites. Travellers to Iran marvel at ruins dating from 515BC at Persepolis, as well as at reminders of past glories in Isfahan and Shiraz.

Tranquil Oman (with a tourist information office in Australia) has, near the resort-rich coastal city of Salalah in its southern Dhofar province, ruins of an ancient frankincense exporting city at Khor Rori where one of the Queen of Sheba’s palaces was reputedly located.

Jordan’s Petra is an archaeological gem in the south of the country attracting travellers from around the world to see its rose-coloured rock-cut architecture. Most famous structure: the former Treasury, called Al Khazneh.

We’re lucky in Australia – Asia’s many ancient sites are in peaceful locations in our own backyard.

Around a bend, a mere 5.5kms from the tourist town of Siem Reap, is one of Asia’s greatest sights: Cambodia’s Angkor Wat, part of which was filmed for the Angelina Jolie movie Tomb Raider. Don’t skip equally impressive Banteay Srei, 37kms from Siem Reap.

A short flight from Bali to the Indonesian city of Yogyakarta is Borobudur, a ninth-century Buddhist temple complex overshadowing nearby Hindu Prambaban – roughly the same age and another grand relic meriting a ramble.

Find a high point in Burma’s Bagan and gaze upon a vista of centuries-old temples and pagodas, some of 2200 still surviving.

A steep climb up stairways leads to the summit of compact Sri Lanka’s number-one attraction, Sigiriya where a Buddhist temple tops a giant rock. It’s a splendid gateway to the ancient cities of Dambulla, Polonnaruwa and Anuradhapura.

Thailand main ancient cities, Ayutthaya (close to Bangkok) and older Sukhothai (in the country’s centre) can be explored on foot, by rented pushbike or on an elephant’s back.

Other Asian nations with ancient sites include India, Japan and South Korea.

Less well-known than some United States sites, Arizona’a Canyon de Chelly is well worth visiting. In cactus-studded semi-desert country, it’s like the setting of a cowboy movie. Cliffs are pockmarked with caves inhabited by nomadic Navajo native Americans – and there are other signs of human habitation as long as 5000 years ago.

South of the United States, other impressive historic sites are in Mexico and Central America, particularly Guatemala.

South America’s most renowned ancient ruins are in Peru – the Lost City of the Incas at Machu Pichu.

These 15th-century ruins, one of the world’s greatest ancient sites, are reached by hiking or taking one of several trains (including a luxurious option).

Despite its relatively small size, Europe is rich in ancient ruins – many of them highlighting Roman and Greek civilizations. Tourists in vast numbers stream to Greece’s Acropolis as well as Turkey’s Ephesus (under Greek, then Roman control) where a 20,000-seat amphitheatre is still used.

Roman ruins include not only those in Italy itself, such as the Colosseum and others, but stretch beyond Europe – signalling Roman occupation in places such as Tunisia and Libya.

Perhaps Europe’s strangest historic site is Britain’s Stonehenge. Though its history is obscure, its central ring of stones is believed to have been placed around 2000 BC. Pagans claim claimed it was a Pagan place of worship, though most dismiss this.

Examples of Aboriginal rock art, some 40,000 years old, are widely spread across Australia. Some are off-limits to non-Aboriginals. While evidence of early Aboriginal habitation includes burial sites, weaponry and rock engravings, it’s rock art that most people come to see.

Arguably the best experience is offered by Cooktown-based Willie Gordon, principal of Guurrbi Tours. Gordon, an author, is a colourful raconteur taking tourists to several art sites in caves and overhangs as well as talking entertainingly about Aboriginal history, culture and lifestyle.