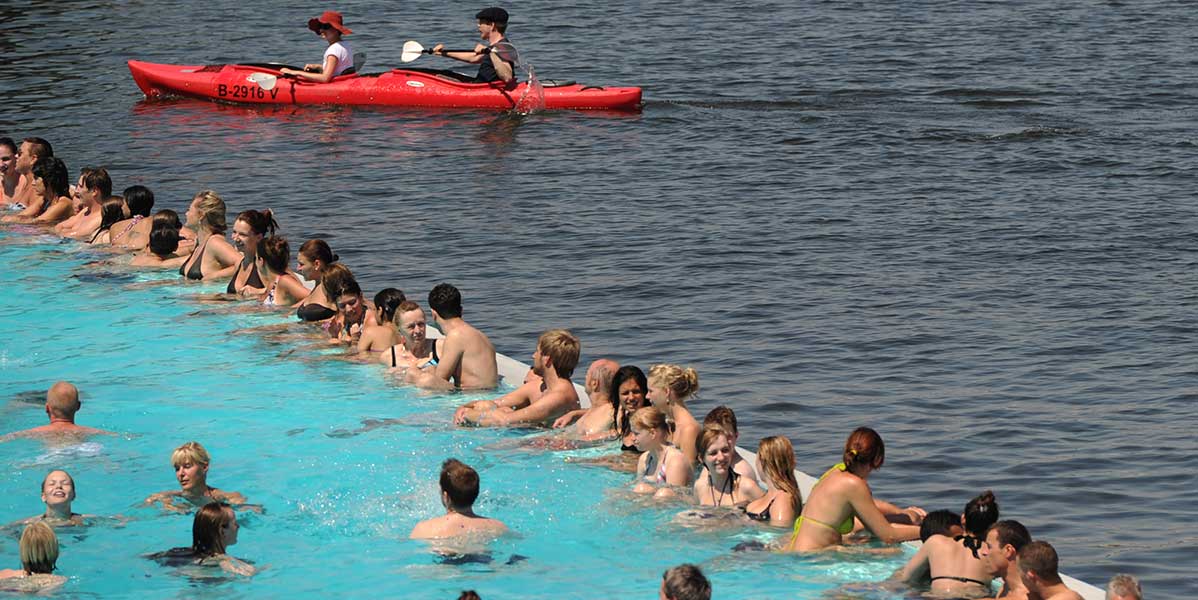 Here’s six things you can’t miss on the streets of Berlin. Any grassy corner, cul-de-sac or vacant building is an excuse for a market in Berlin – the city is crammed with them. You could spend weeks visiting them all or just nail the big three in one weekend.

Turkish food and culture is integral to German life and comes alive on the banks of the Landwehrkanal on Fridays at the so-called ‘Turkish market’. Make sure you haggle.

The Saturday Farmers’ Market in Wittenbergplatz is a Berlin legend with an over 100-year history. On warm days, gather essentials for a picnic in the nearby Tiergarten and feast in the shadows of Berlin’s historic buildings. In winter, slurp down a bowl of steaming goulash instead. Home to graffiti artists, jugglers and street musicians during the week, Mauerpark – in the former Berlin Wall ‘death strip” – draws the crowds on Sundays for the eclectic flea market. Never will you see so many oddities in one place – the goods for sale, that is.

In 1963, John F. Kennedy uttered the immortal line “ich bin ein Berliner” (I am a Berliner) on his visit to the cold-war torn city, winning the hearts of a colossal crowd. Imagine the adoration if he mentioned currywurst. Revered in Berlin like meat pies in Australia, this sausage and spicy sauce classic is eaten on the streets come rain or shine. Be prepared to defend your vendor of choice, as loyalties are fiercely divided between two camps.

In the former Western corner, all walks of life join permanent queues at Curry 36 on Mehringdamm Strasse for their sausage-in-a-bun gold. Representing old East Germany, Konnopke’s Imbiss has actually been serving loyal customers since the 1930s, from a shack underneath the U-bahn line, just south of Eberswadler station.

Up up and away

A windy day might seem a dumb time to visit a park known for its vast, exposed terrain. But it’s manna from heaven for the hordes of kite flyers who descend on Tempelhofer Park. And they are not alone, with in-line skaters, model plane flyers, balloon makers, urban gardeners and dog walkers all converging on what was a fully operating airport until 2008. Having played a prominent role in the city’s turbulent 20th century, the site has incredible stories to tell and a guided tour is the best way to hear them. Or you could just hire an electric bike and whizz down the old runways.

On a hot afternoon in summer, it makes perfect sense to head to the water. Thankfully, given swimming in the River Spree is ill-advised, smart German engineers have crafted a floating swimming pool from a decrepit boat anchored in the old harbour area. Head east from the Oberbaum bridge and you’ll find the Badeschiff (bathing boat) complex, a perfect spot for a few scenic strokes. With a cocktail bar and DJ’s pumping out the tunes, partying is very much the focus, so forget training for the next Olympics.

Window on the world It is worth remembering, despite the efficiency clichés, Germans are still European and mulling for hours over a coffee in a pavement café is a perfectly accepted pastime. For world-class people watching with your flat white (the Aussie favourite has travelled), Kreuzberg is the place to hang-out. To sample the edgy, alternative and increasingly hipster side of the suburb, pick from the myriad of cafes lining Oranienstrasse, which doubles as a pumping nightspot, and leafy Lausitzer Plaza to the east. Bergmannstrasse, a leisurely stroll from the must-see Jewish museum, offers a more sedate, family-friendly vista and likewise overflows with places to easily pass an afternoon.

High above the past

Even the craziest, party-mad Berliner needs an occasional respite from the city centre and for recreation and reflection many head West. Covered in forest and overlooking the Havel river, Teufelsberg provides a resplendent view over Berlin and the surrounding countryside, but this is not just any viewpoint. The entire hill is manmade, formed from the post-war debris of shattered Berlin dumped atop a colossal unfinished Nazi military school. Now the reborn site has risen up to be the highest point in Berlin and, depending on the season, a treasured sledging, biking, hiking and picnicking spot for all.

A Berlin Card provides 72 hours of public transport, discounts to attractions and a city guide, for less than $40.

The insider’s guide to outdoor Berlin