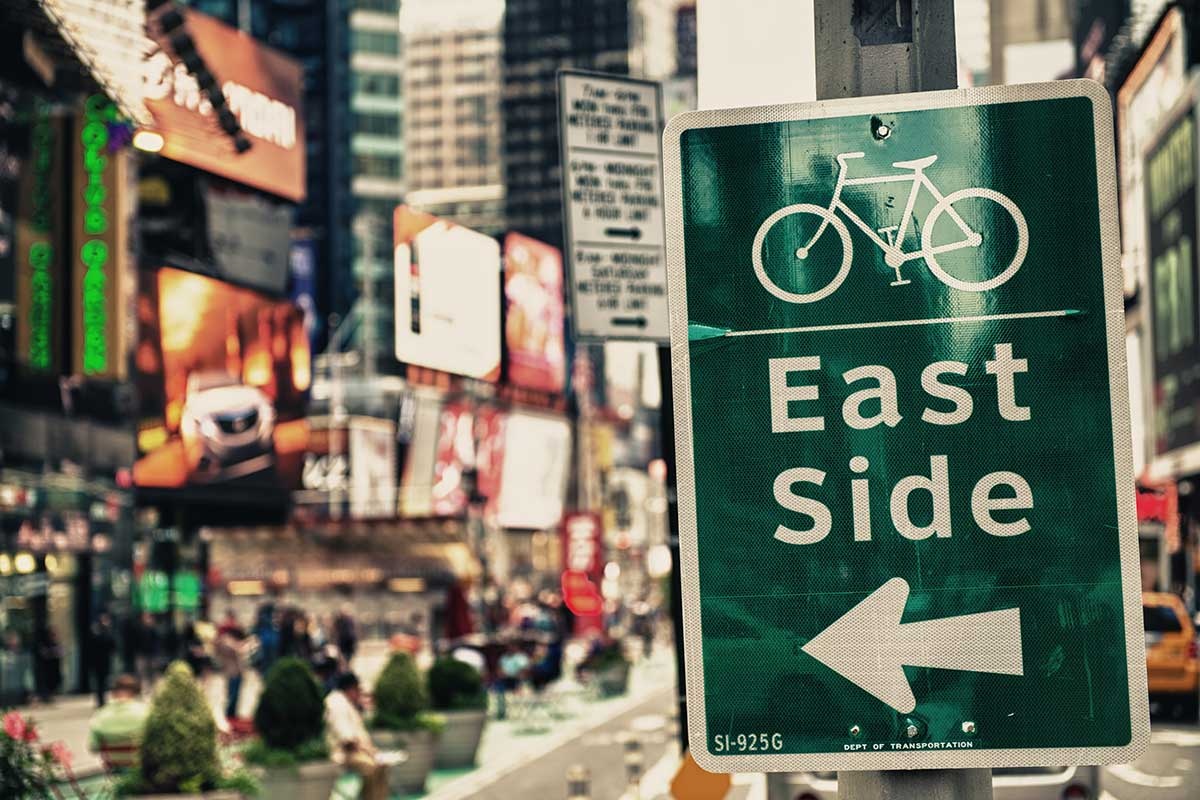 It’s the smell that hits you first as you cycle into the heart of the local market in Bangkok’s Chinatown. The butcher shops and seafood stalls don’t have refrigeration and it’s no wonder this place is not on the official tourist maps. Further in, and everyone in our group has to dismount as the crowds become so concentrated that it becomes impossible to ride anyway.

This is part of a cycling tour of Bangkok which follows a changeable route which covers the back streets of the Thai capital where the city locals live. It’s also where, remarkably, very few cars can access which makes it a pleasant bike ride and on this tour, we pass by the homes of local people as children run outside and wave as we ride past.

Bangkok is not the sort of place that’s considered a cycling-friendly environment but Dutchman Michael Hoes has been a resident here since 1989 and has combined his love of two-wheel touring and his adopted city to create a series of fun and informative tours that take you right into the heart of Thai culture.

This is one of the most amazing ways to experience the real street life of Bangkok with routes that take you away from the tourist areas, and into some of the authentic local markets. The back streets are safe to cycle and some of the highlights include a longtail boat ride over to one of the floating markets which are rarely mentioned in tourist guides, such as the Bhang Nam Pueng Market which is reached by elevated concrete walkways (which are wide enough for bicycles, fortunately).

I’m hurtling down the steep hill gathering speed and a sharp turn comes at me a little too quickly. As I brake into the corner, another village of whitewashed walls, temples and roaming chickens opens up. A moped carrying dad, mum, two kids and their groceries buzzes right in front and we stop to check out what’s happening in what seems to be the main square.

This is part of a Bali bicycle tour which is similar to the Bangkok cycle tour: it’s aim is to get you off the beaten path and into areas where the locals go about their day-to-day lives. This tour explores Balinese life behind the fishing port of Padang Bai, and our guide was a local farmer called Tomato (don’t know why) and he showed us a slice of Balinese life which is far removed from the tourist image of five star hotels and backpacker joints down at Kuta. The ride in and out of Padang Bai is a challenge but the reward is an authentic snapshot of what life is really like for the locals. Along the way we were able to ride through traditional villages as parents nursed young babies and school kids in immaculate uniforms walked home from school.

New York City, despite all its bluster and attitude, is one of those places which has a genuine heart and soul and very few people realise that it’s actually a very enjoyable cycling city. Most cycling tours focus on Manhattan, or “The Island”, and Central Park in particular thanks to its massive open space encompassing rolling meadows and lakes stretching between Fifth and Eighth Avenues, and from 59th to 110th Streets. This is where you can pedal at leisure and watch locals do everything from roller blading to horse riding, and punting on the lakes with the world’s most famous skyline as your backdrop. There are also tours in the backstreets to explore the ethnic neighbourhoods and tours to Brooklyn, Queens and the Bronx are becoming really popular.

It’s one of Europe’s enduring cities and also one of the world’s great cycling cities, and during rush hour in Amsterdam you’re more likely to be trying to dodge two wheel bikes than cars. It seems as though everyone in Amsterdam rides and there’s good reason for this: the city is pretty much totally flat and bike lanes have been built everywhere. The best way to get to the heart and soul of Amsterdam is to saddle up and pedal your way around and this is a relaxing way to get away from the city centre and the Red Light district to find the real Amsterdam and its great cafes and bars, often right on the canals.

For the Serious Cyclist

If you’ve ever wondered what it’s like to be a serious rider, then there are specialty tour operators such as twowheeltours which can take you on some of Europe’s leading amateur cycle races as part of a package which includes five star hotels, and a special luxury program for partners who are non-riders. On these tours, you and your partner can put yourself to the test on 11-day races, but if one of you would prefer to go sightseeing in style then there’s a non-riding partner program with a multi-lingual tour guide.

You’ll see the best of the cultural and sightseeing highlights at some great holiday destinations before meeting up with the riders after each stage. Then you finish the day dining in some classic European restaurants.

The best cities to explore on your bike