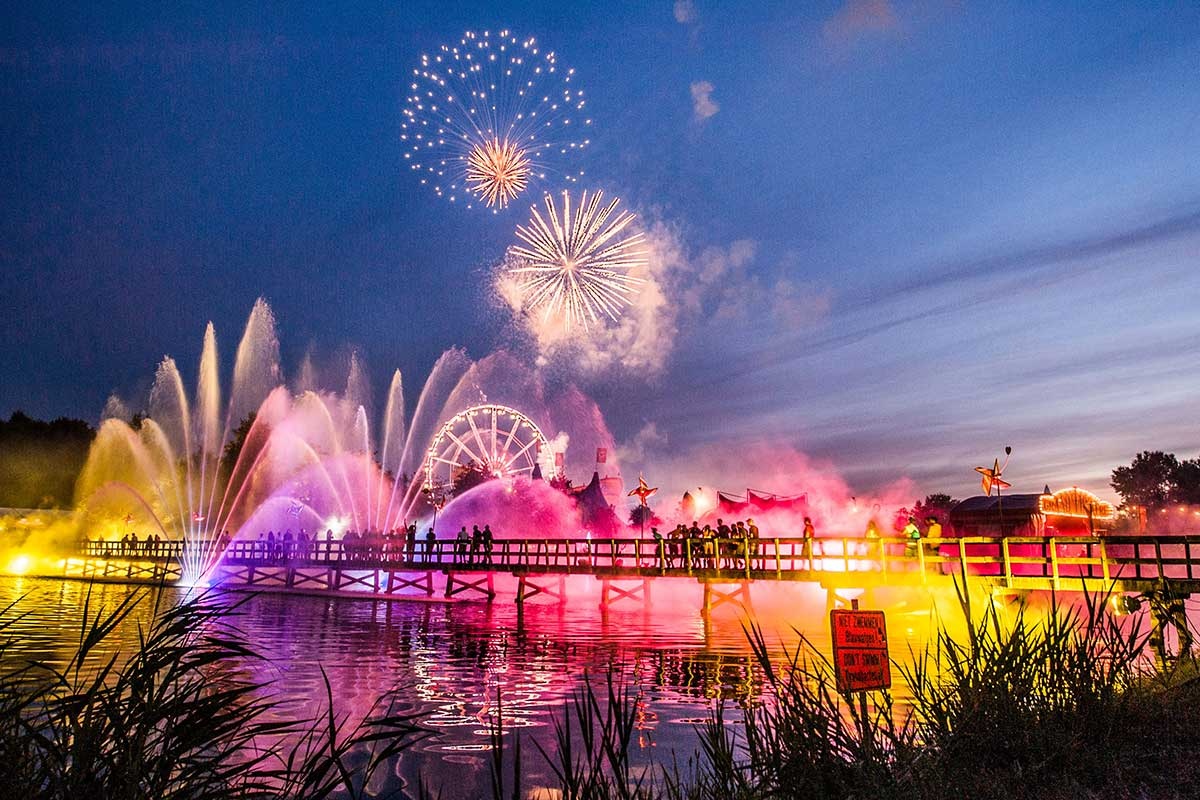 Let’s start with Budapest. Time your visit for mid-August to visit Sziget Festival – Island of Freedom, a week-long music festival ranked second best in Europe (we’ll get to number 1 in a moment.) Top that off with arguably the cheapest food and drink in Eastern Europe, and you can rest easy knowing you’ll have money left to go to a Cinetrip Sparty. Oh, did we forget to mention the Cinetrip Sparties (Spa Parties)? It’s where thousands of partygoers converge in Budapest’s Szechenyi thermal pools for some of the world’s biggest pool parties.

Best place to stay: For a friendly party hostel with a community atmosphere, you can’t go past Carpe Noctem Vitae. Be prepared for stairs.

Forget Santorini’s stunning sunsets or the expensive super-clubs of Mykonos. In the Greek Isles, Ios is where the party’s at. Days consist of lazing about with a chicken gyros on the beach, or kicking on at one of Far Out’s hedonistic pool parties. Nightlife consists of bar-hopping in a singlet and thongs, with drinks in each hand; a flawless recipe for a great night. For long-stayers looking to earn some under the table income, the main bars in town hire fellas to work as privileged “door whores”, and the girls as “floor whores”. Essentially they have to work the D-floor all night and pretend to be interested in cringe-worthy drunk guys. Apply in-person, drinks included.

Best place to stay: Across the road from the beach, and home to classic pool parties,  Far Out Beach Club is a no-brainer.

It wouldn’t be a European party list without mentioning Tomorrowland, frequently voted the best music festival in Europe. Headline acts for 2013 included Steve Aoki, David Guetta, and some guy called Avicii… eat your heart out Stereosonic. The only downfall to Tomorrowland has been the sheer popularity of it. It’s so popular in fact that in 2014 (the 10th anniversary) it’s been extended to six days spread over two long weekends. Tickets will now sell out in two minutes rather than one.
And whilst this isn’t exactly the most budget festival in Europe, there’s nothing else like it on the planet, so you can consider it value for money.

Best place to stay: Dreamville is the official Tomorrowland campsite (it has its own name!). It hosts 35,000 people, shops, bakeries, and warm-up parties. Need we say more?

If Hungary is the cheapest country in Europe’s east, Portugal is certainly the cheapest in the west. Part of the Algarve coast, Lagos delivers your typical party cake of sand, bronzed bodies, cheap booze, and casual bars. But the icing on this cake is the surf (with actual waves); a rarity in this part of the world. Many argue that Lagos is now overrun with Aussies – and it’s kind of true – but we wouldn’t all be there if it was a waste of time. Besides, it’s always fun to bump into a familiar face 15,000 kms from home.

You can’t make a list about affordable European party destinations without mentioning big, beautiful Barcelona. Begin your days with sun, sand and Sangria, and finish them at a famous beach club such as Opium, which attracts big name artists each week. If you’re after a unique party atmosphere altogether, then simply grab a $50 ticket from street vendors to a Barcelona FC football (that’s soccer) game. The world’s most famous football team + fanatical local supporters in their home town = guaranteed party.

During September (yes, September) the Bavarians celebrate Oktoberfest by simply drinking beer. They also dress up in lederhosen, eat brezen (pretzels), chickens and pigs. And don’t forget the beer. It’s likely the only place on Earth where, regardless of the severity of your social anxiety and awkwardness, the people sitting either side of you seem to go from a stranger to friend to family status in a matter of 4-7 hours (depending on how well you hold your drink).

Best place to stay: The Meininger Hotel is a five-minute walk to the beer tents, and a palace when compared to camping in a puke-infested showground.

Have you discovered any other European party spots? Let us know in the comments below.