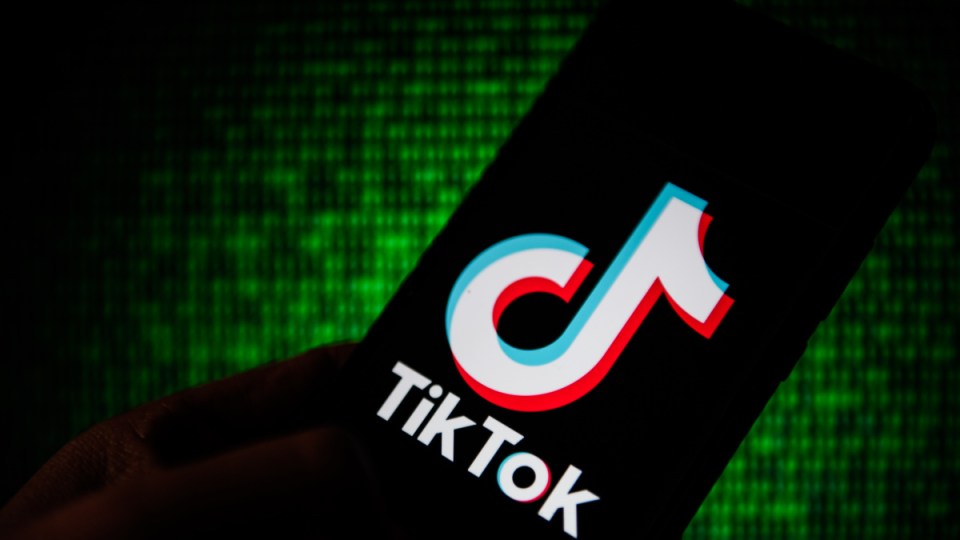 TikTok has been criticised for censoring posts. Photo: Getty
analysis

By now, most of us are aware social media companies collect vast amounts of our information. By doing this, they can target us with ads and monetise our attention.

The latest chapter in the data privacy debate concerns one of the world’s most popular apps among young people – TikTok.

Yet anecdotally it seems the potential risks aren’t really something young people care about.

Some were interviewed by The Project this week regarding the risk of their TikTok data being accessed from China.

They said it wouldn’t stop them using the app.

“Everyone at the moment has access to everything,” one person said. Another said they didn’t “have much to hide from the Chinese government”.

Are these fair assessments? Or should Australians actually be worried about yet another social media company taking their data?

In a 2020 Australian parliamentary hearing on foreign interference through social media, TikTok representatives stressed: “TikTok Australia data is stored in the US and Singapore, and the security and privacy of this data are our highest priority.”

But as Australian Strategic Policy Institute (ASPI) analyst Fergus Ryan has observed, it’s not about where the data is stored, but who has access.

On June 17, BuzzFeed published a report based on 80 leaked internal TikTok meetings that seemed to confirm access to US TikTok data by Chinese actors.

The report refers to multiple examples of data access by TikTok’s parent company ByteDance, which is based in China.

Thomas denied having been asked for data from China or having “given data to the Chinese government” – but he also noted access is “based on the need to access data”.

So there’s good reason to believe Australian users’ data may be accessed from China.

Is TikTok worse than other platforms?

In this respect, it’s not different from other social media companies.

They all need oceans of user data to push ads onto us, and run data analytics behind a shiny facade of cute cats and trendy dances.

But TikTok’s corporate roots extend to authoritarian China – and not the US, where most of our other social media come from. This carries implications for TikTok users.

This means users’ feeds would be filtered to omit anything that doesn’t fit the Chinese government’s agenda, such as support for Taiwan’s sovereignty.

In “shadowbanning”, a user’s posts appear to have been published to the user themselves, but are not visible to anyone else.

In 2019, information about Hong Kong protests was reported to have been censored not only on Douyin, China’s domestic version of TikTok, but also on TikTok.

Then in 2020, ASPI found hashtags related to LGBTQ+ are suppressed in at least eight languages on TikTok.

In response to ASPI’s research, a TikTok spokesperson said the hashtags may be restricted as part of the company’s localisation strategy and due to local laws.

In Thailand, keywords such as #acab, #gayArab and anti-monarchy hashtags were found to be shadowbanned.

Within China, Douyin complies with strict national content regulation. This includes censoring information about the religious movement Falun Gong and the Tiananmen massacre, among other examples.

If Chinese companies disagree, or are unaware of their obligations, they can be slapped with legal and/or financial penalties and be forcefully shut down.

In 2012, another social media product run by the founder of ByteDance, Yiming Zhang, was forced to close.

Zhang fell into political line in a public apology. He acknowledged the platform deviated from “public opinion guidance” by not moderating content that goes against “socialist core values”.

Meta products, such as Facebook and Instagram, also measure our interests by the seconds we spend looking at certain posts.

They aggregate those behavioural data with our personal information to try to keep us hooked – looking at ads for as long as possible.

Some real cases of targeted advertising on social media have contributed to “digital redlining” – the use of technology to perpetuate social discrimination.

In 2018, Facebook came under fire for showing some employment ads only to men.

In 2019, it settled another digital redlining case over discriminatory practices in which housing ads were targeted to certain users on the basis of “race, colour, national origin and religion”.

And in 2021, before the US Capitol breach, military and defence product ads were running alongside conversations about a coup.

Cambridge Analytica harvested up to 87 million users’ data from Facebook, derived psychological user profiles and used these to tailor pro-Trump messaging to them.

This likely had an influence on the 2016 US presidential election.

With TikTok, the most immediate concern for the average Australian user is content censorship – not direct prosecution.

But within China, there are recurring instances of Chinese nationals being detained or even jailed for using both Chinese and international social media.

You can see how the consequences of mass data harvesting are not hypothetical.

We need to demand more transparency from not just TikTok but all major social platforms regarding how data are used.

We should look to update privacy protections and embed transparency into Australia’s national regulatory guidelines – for whatever the next big social media app happens to be.

Australians would be unwise to discount TikTok data concerns. Here’s why