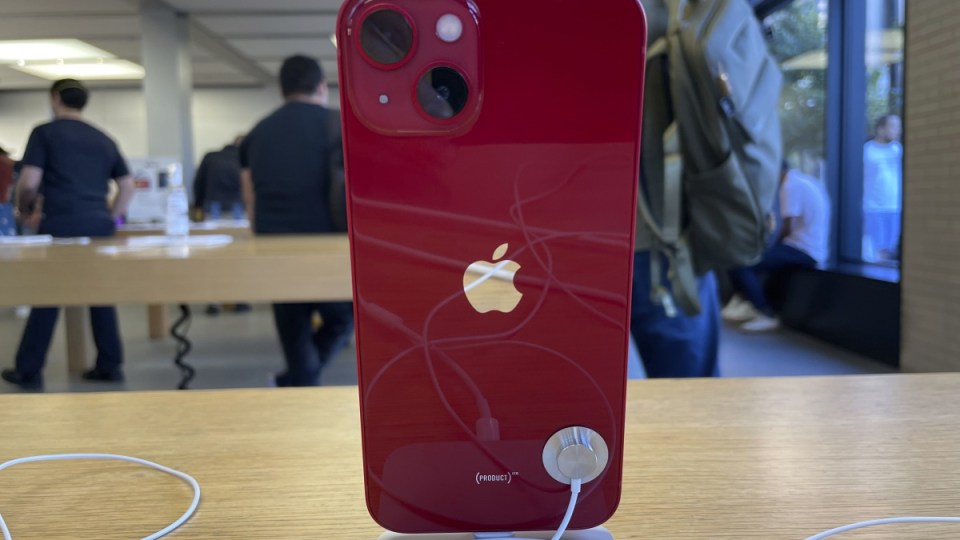 The SE is important for users who want "a smaller iPhone at a great value", Apple's Tim Cook says.

Apple has unveiled a new version of its budget-priced iPhone that’s capable of connecting to ultrafast 5G wireless networks, a feature available on the company’s more upscale models for more than a year.

The latest iPhone SE marks the first upgrade to the bare-bones version of Apple’s most popular product in nearly two years.

In the latest sign of inflationary pressures, the new iPhone SE will sell for $US429 ($589) – an 8 per cent increase from the $US399 price tag for the last version that was rolled out it nearly two years ago during the early stages of the pandemic.

The new iPhone SE will be available in stores, including in Australia, from March 18.

Although the latest iPhone SE will feature a faster processor, more durable 4.7-inch screen and longer-lasting battery than the last model, its biggest selling points will likely be its compatibility with still-emerging 5G wireless networks and its relatively low price.

It will also be the only iPhone to still come with a home button and Apple’s Touch ID fingerprint sensor.

“This is important for our existing users who want a smaller iPhone at a great value,” chief executive Tim Cook said.

The price tag is a sharp discount from the fancier iPhone 13 line-up that was released last September.

Even though 5G networks still are not widely available, the allure of faster connections turned out to be a major draw that helped spur more iPhone fans to upgrade from older models.

The iPhone 13 proved to be such a hot commodity that it helped Apple to vault past rival Samsung to be the world’s top seller of smartphones during the final three months of last year, according to the research group International Data Corp.

In a pandemic precaution, Apple streamed the launch from the theatre named after co-founder Steve Jobs at its Cupertino, California, headquarters.

During Tuesday’s presentation, Mr Cook boasted the company had attracted more new iPhone users than ever before since the last northern autumn, without providing specific numbers.

“We are excited for the new iPhone SE to build on this momentum,” Cook said.

Gartner smartphone analyst Tuong Nguyen said Apple did not make as much money from selling iPhone SEs as it did the pricier models. But it would give the company more opportunities to sell subscriptions to music streaming, video streaming, games and other services that have become huge money makers.

Besides the new iPhone SE, Apple also unveiled new desktop version of its personal computer called the Mac Studio that will cost $US2000-$US4000 for the processing unit. A high-resolution 27-inch display screen designed for the Mac Studio will cost another $US1600.

The company also rolled out the latest version of its lightweight tablet, the iPad Air, for $US600. All those computing devices will be powered by Apple’s own in-house chips.