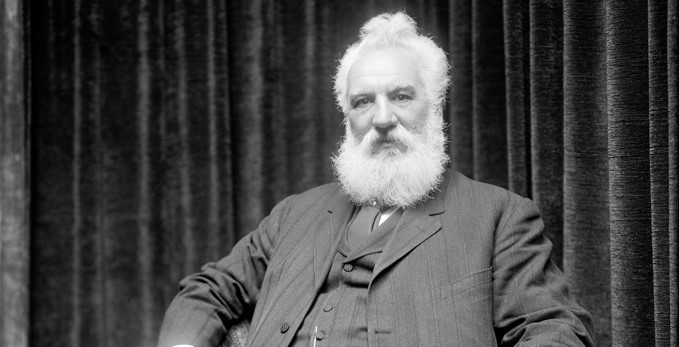 On March 7, 1876, Alexander Graham Bell was awarded the patent for the telephone. Photo: Getty

On this day, 146 years ago, Scottish-born American inventor Alexander Graham Bell received the patent for the creation of the telephone.

On March 7, 1876, the US Patent Office awarded Mr Bell with what is described as one of the most valuable patents in history, to create the first telephone.

The decision to grant Mr Bell the patent was controversial, even at the time, as the question of priority of invention between Bell and another inventor, Elisha Gray, was sparked.

The two contested a famous legal battle over the invention of the telephone, as Mr Gray filed a declaration of intent to file a patent for a similar device just two hours after Mr Bell.

Mr Gray filed a caveat on February 14, 1876, however, his independently devised design was overlooked less than a month later in favour of Mr Bell’s first conceptual step to transmitting the human voice.

Mr Bell filed a patent describing his method of transmitting sounds also on February 14, 1876, after extensive work into harmonic telegraphs and the transmission of musical tones while contracted to establish a federally chartered telegraph company.

However, despite owning the patent, Mr Bell did not have a fully functioning instrument suitable for public exhibition.

And when he first transmitted the sound of a human voice over a wire a few months later, Mr Bell reportedly used a “liquid transmitter” microphone, one of the first sound transmitters, previously developed by Mr Gray – one unlike any of those described in his patent applications.

Mr Bell also used a receiver similar to the one built and publicly used by Mr Gray months earlier.

The legal case spanned 12 years and culminated in the 1888 decision of the US Supreme Court upholding the priority of the patents belonging to Mr Bell.

In July 1877, the Bell Telephone Company was established to commercialise Mr Bell’s telephone, after he refined the instrument the year prior.

Mr Bell worked as the company’s technical adviser before losing interest in telephony in the early 1880s, selling the majority of his stock in the company.