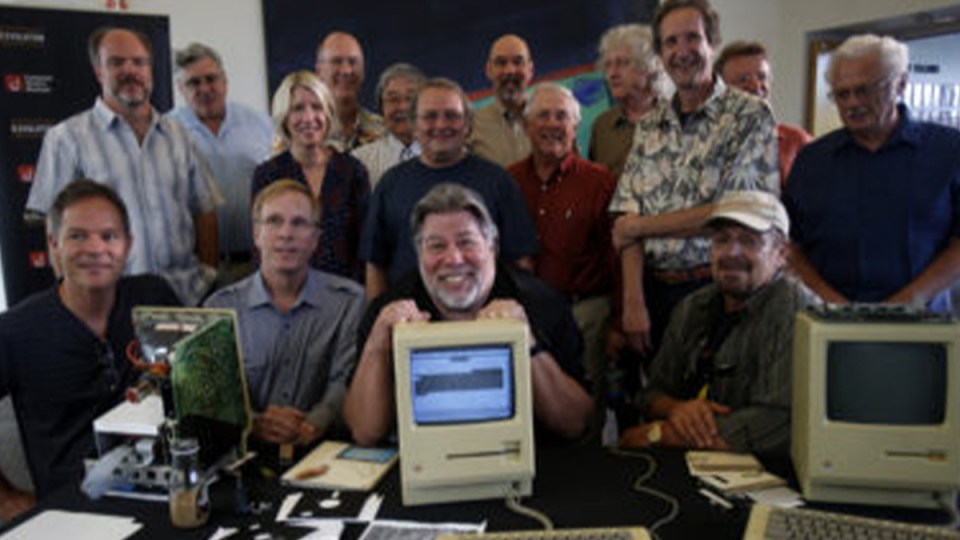 On this day 38 years ago, Apple’s first Macintosh was unveiled to the world, sparking a cultural and technological revolution that forever changed how people use computers.

Steve Jobs, Steve Wozniak and their ingenious team at Apple announced on January 24, 1984, the launch of the Macintosh 128K, the original Apple personal computer.

Since, Apple has become the most valuable company in the world, producing digital devices that have revolutionised mainstream use of technology, with the creation of the iPhone, iMacs, iPads and iPods off the back of its initial commercial success.

Mr Jobs’ obsessive focus on user experience saw a dramatic shift in how computers were marketed, and who they were intended for.

It invited everyday people to learn to operate a computer with its simplicity.

The Macintosh introduced to the world the mouse and many of the modern graphical user interfaces we see today, including pull-down menus, resizable windows, proportionally-spaced fonts and the ability to scroll.

No longer were computers only for niche tech experts, with the original Macintosh advertised in 1984 as “incredibly simple to use”.

In the fourth quarter of 2021, Apple Mac computer shipments were estimated at 6.8 million units worldwide.

“You’ve just seen some pictures of Macintosh,” Jobs said at the official launch of the Mac.

“Now I’d like to show you Macintosh in person.”

The unveiled Mac looked little like today’s variations, with its small monochrome monitor, blocky mouse and limited pixels — and a synthesised voice that saw the computer “speak” to the audience during its demonstration.

Mr Jobs and company took a swipe at the computer market leader at the time, the IBM personal computer for its size.

“Unaccustomed as I am to public speaking, I’d like to share with you a maxim I thought of the first time I met an IBM mainframe: Never trust a computer you can’t lift,” the Mac computer read.