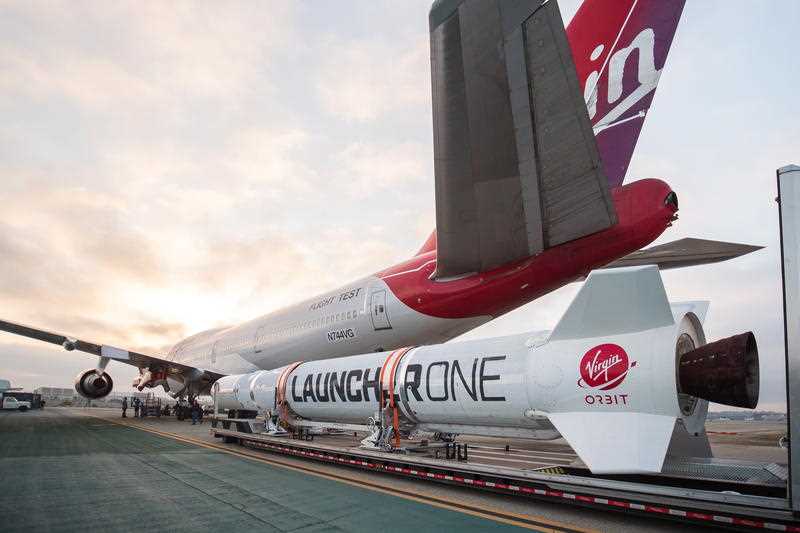 A Virgin Orbit rocket released from a jet flying off the California coast has carried seven small satellites into space.

Virgin Orbit’s modified Boeing 747 took off on Thursday (local time) from Mojave Air & Space Port in the Southern California desert, flew out over the Pacific Ocean and dropped the LauncherOne rocket from its left wing.

The 21-metre booster ignited at an altitude of about 10,600 metres and hurtled skyward.

While waiting for confirmation of the deployment of the satellites, the company tweeted: “Congratulations to our customers and welcome to space!”

The payload included satellites for the US Defence Department, the Polish company SatRevolution and the international company Spire Global.

It was Virgin Orbit’s third launch carrying satellites for customers. Two previous launches carried multiple satellites into orbit in January and June 2021. The company’s first launch, a demonstration flight, failed in May 2020.

The company touts the mobility of its air-launch system compared to the limitations of fixed launch sites.

“The tremendous thing about using a 747 is we can put them into any orbit from anywhere in the world,” Sir Richard said from the British Virgin Islands during the company’s launch webcast.

“There’s only I think a couple of handfuls of countries in the world that have the capability of sending satellites to space from their own countries and now 480 countries can use Virgin Orbit,” he said.

“You just need to ring us up.”

The company plans six launches this year, including two for Britain’s Royal Air Force that will originate from Cornwall in south-western England. RAF test pilot Mathew “Stanny” Stannard flew the 747 from the main pilot seat on Thursday.

Thursday’s mission was dubbed “Above the Clouds”, a title taken from a track on hip hop duo Gang Starr’s album Moment of Truth, which was released by Virgin Records in 1998.

Sir Richard noted during his interview that his family got COVID-19 over Christmas.

“Fortunately we were vaccinated and boosted and therefore none of us got it badly,” he said.