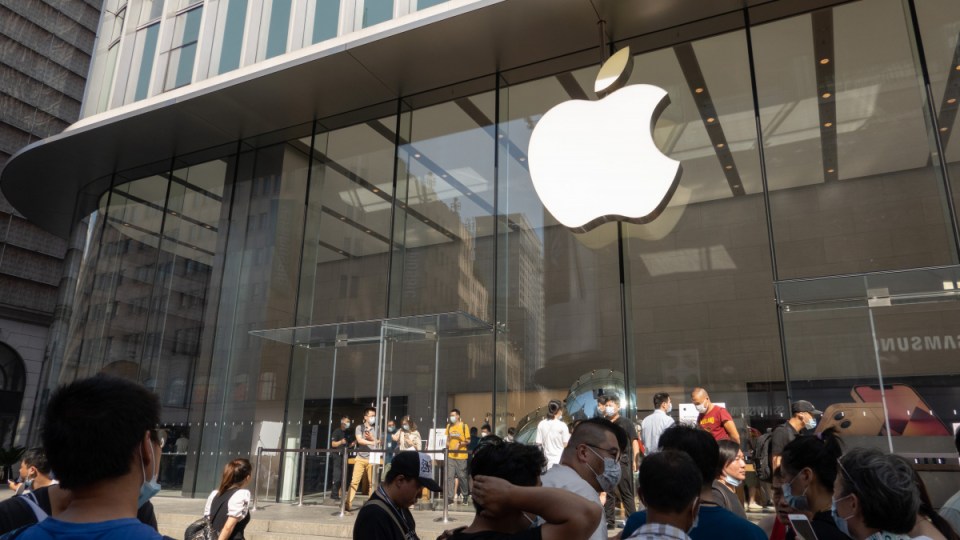 Apple broke sales records with the release of the iPhone 13. Photo: Getty

From smartphones to record sales and pixel-perfect viewing, the tech industry has been awash with innovation in 2021.

Despite another year foiled by coronavirus lockdowns, the world of technology has ceased to slow down, gracing consumer markets with a streamline of new gadgets to distract us from COVID-19.

Smart glasses had their moment in the sun, reasonably priced, good-quality televisions came back into focus, and a new smartphone joined Apple and Samsung’s battle for supremacy.

The tech giants also fortified their positions with new releases of their own – with one releasing a killer new laptop, too.

Here are some of the best tech products to have come out of 2021.

If you are looking for a smartphone that can do everything, with greater camera quality, stronger specifications, and even S Pen compatibility, Samsung’s Galaxy S21 Ultra would be a great choice.

Launched at the beginning of 2021, the Galaxy S21 Ultra set the tone for the war for smartphone supremacy, with major updates to its hardware and software.

The most powerful Android on the market is a redefined take on its predecessor, the S20 Ultra.

It comes with the same 100x Space Zoom 108-megapixel camera but in a fresh new design – all for a lower price.

“The Galaxy S21 Ultra is the very best of what Samsung can pack into a smartphone,” one reviewer wrote.

The Samsung Galaxy S21 Ultra launched at $1849 in Australia.

With each iPhone generation, the noise around Apple’s inability to make any meaningful improvements to its successful smartphone grows louder.

But the tech giant continues to produce devices that consumers can’t wait to get their hands on.

Although the initial unveiling of the new iPhone in September announced “nothing really revolutionary”, with an almost identical design to its 2020 predecessor, consumers thought otherwise.

With its improved battery life, storage, market-leading iOS, reconfigured and improved camera, and new A15 Bionic chip, the iPhone 13 broke sales records despite the criticisms.

Raving reviews of the iPhone 13 called the product “the best phone ever” and one of the most powerful smartphones.

LG Electronics has developed what tech experts have described as the “best picture quality available” on the market today.

The C1 OLED TV has superior contrast, considerable features including Game Optimiser settings, a redesigned Magic Remote and new webOS, and a wide range of screen sizes for high-end shoppers, but a mid-market price tag.

The C1 is the follow up to the largely popular LG CX model, which kept the LG company afloat during peak coronavirus periods in 2020.

It is marketed as the more-accessible option to LG’s wallet-busting G1 or Sony’s A90J.

Hot on the heels of Apple’s best-selling product is Google with its most powerful smartphone yet.

The Pixel 6 was officially unveiled in October and designed to compete with Apple and Samsung, with a reimagined appearance to beat its competitors on price, quality of camera, and performance.

Google’s flagship smartphone contains one of the most advanced cameras among its peers, and its new custom Tensor processor chip makes it one of the more reasonably priced smartphones on the market.

The Pixel 6 and the Pixel 6 Pro have a 50 megapixel (MP) wide lens, a 48 MP telephoto lens with an ultra-wide lens with up to 4x zoom to help capture 150 per cent more light than the Pixel 5.

With a new design, a new display, resurrected ports, and a choice between two custom new processing chips – the M1 Pro or the M1 Max – Apple’s new MacBook Pro was the premier notebook computer release in 2021.

So impressed with the device was tech expert Marques Brownlee that he described it to his 15.1 million followers on YouTube as “truly next level”.

‘Truly next level’: TND looks at some of the best tech products of 2021