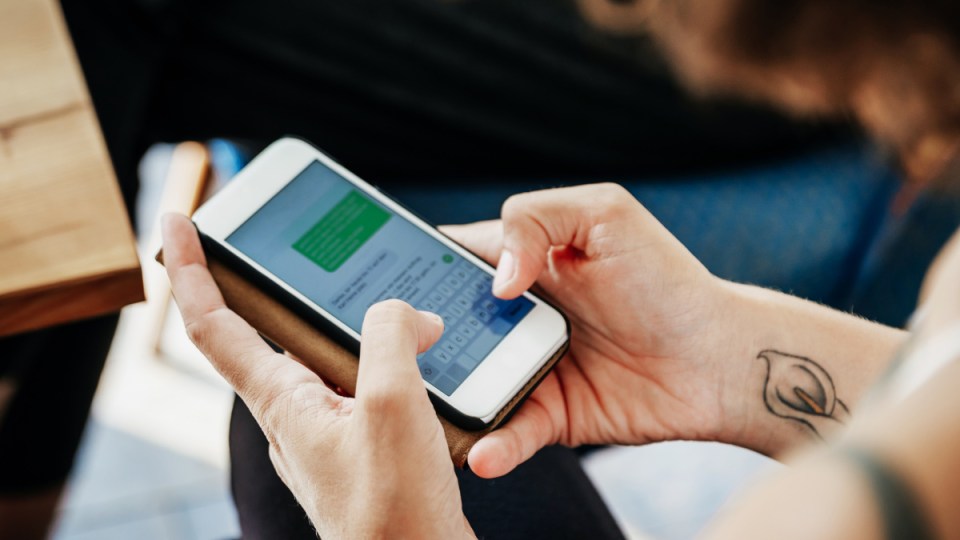 Are you the “green-text guy” ruining iMessage group chats with your Android smartphone?

Google has offered to help Apple create a solution to the problem that almost every iPhone or Android user has experienced: Group text messages unable to be sent across competing devices.

It came after the teammates of professional golfer Bryson DeChambeau playfully called him a “pain in the butt” for being the only player in the US Ryder Cup team without an iPhone.

Mr Lockheimer responded in a tweet of solidarity, saying there was a “Really Clear Solution” to the issue.

“Here’s an open invitation to the folks who can make this right: we are here to help.”

Apple has no plans to help connect iPhone and Android users in the messaging sphere.

The company’s iMessage protocol, while outdated compared to the extensive work Google has done to migrate its user base to RCS, has only needed a few upgrades since the introduction of the standard SMS.

SMS has improved substantially since its 160-character limits and alphanumeric text days, but the advent of smartphones called for a more advanced form of messaging.

And so Google developed RCS as a replacement for the older universal standard.

The messaging protocol offers faster texting and multimedia sharing and has a character limit of up to 8000 words.

SMS messages are technically still limited to 160 characters, but modern mobile phones and networks overcome this by using ‘concatenated SMS’.

Why Apple is in charge of the group text party

If you have ever owned an Android, you might understand the extent of Apple’s control over the group chat conversation.

Like DeChambeau, you have likely been blamed for being the odd one out, with the “green bubble” term becoming a common slight on friends with Android phones.

The fact is, Android users – rather than Apple users – are the ones considered to be “ruining” group texts, which only underscores the power the tech giant has in the sphere.

He said the incompatibility of Android and iPhone group texts was unlikely to change despite Apple using older technology and despite the situation being counter-productive for everyday users.

“This green text thing is another aspect of the Apple ecology that (Steve) Jobs was always talking about – you don’t use one thing, one device, one system in Apple, you become part of this ecology,” Dr Lenarcic said.

“It’s exclusivity. It’s more like if Android doesn’t have it, then maybe people will look over the fence and say, ‘maybe I should be having it, maybe it’s better’, because other people are using it.”