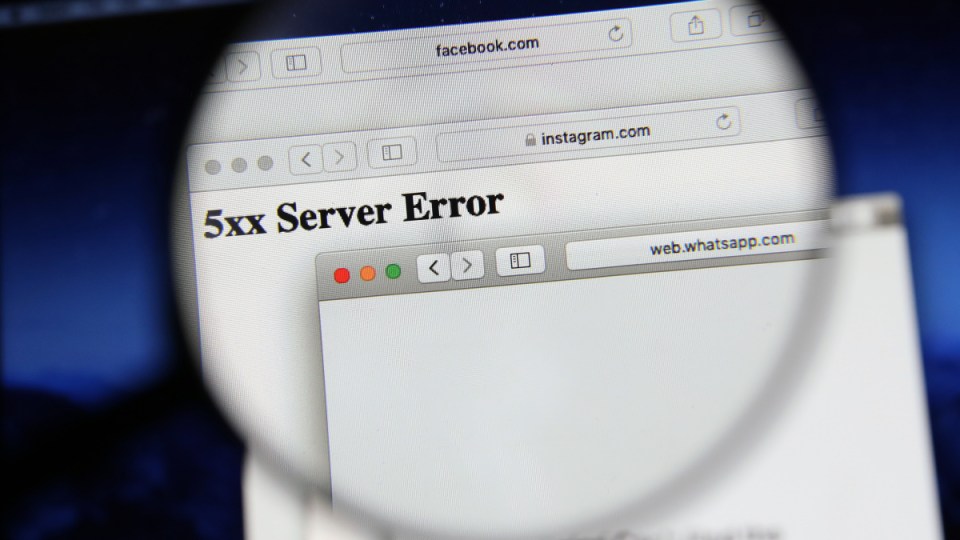 Facebook and Instagram appear to be partially reconnected to the global internet, nearly six hours into an outage that paralysed the social media platform.

Facebook and its WhatsApp and Instagram apps went dark about midday on Monday US Eastern time, in what website monitoring group Downdetector said was the largest such failure it had seen, with 10.6 million problem reports globally.

Hours later, some Facebook users began to regain partial access to the social media app. WhatsApp continued to have connection problems for at least some people.

The outage was the second blow to the social media giant in as many days after a whistleblower on Sunday accused the company of repeatedly prioritising profit over clamping down on hate speech and misinformation.

Shares of Facebook, which has nearly two billion daily active users, opened lower after the whistleblower report and slipped further to trade down 5.3 per cent in afternoon trading on Monday (US time).

They were on track for their worst day in nearly a year, amid a broader selloff in technology stocks.

Security experts said the disruption could be the result of an internal mistake, though sabotage by an insider would be theoretically possible.

The cause of the outages on the platforms, all owned by Facebook, was not immediately clear.

But error messages suggested there was a problem with Domain Name System, which allows web addresses to take users to their destinations.

Regarding the internal failures, Instagram head Adam Mosseri tweeted that it feels like a “snow day”. The Associated Press reported that Facebook’s internal systems used by employees were also down.

Facebook acknowledged users were having trouble accessing its apps but provided no specifics about the problem or how many users were affected.

“We’re working to get things back to normal as quickly as possible and we apologise for any inconvenience,” it said.

Security experts tracking the event said the outage could have been triggered by a configuration error, which could be the result of an internal mistake, although sabotage could not be ruled out.

An outside hack was viewed as less likely.

A massive denial-of-service attack that could overwhelm one of the world’s most popular sites would require either coordination among powerful criminal groups or a very innovative technique.

Downdetector – which tracks outages by collating status reports from a series of sources, including user-submitted errors on its platform – showed there were more than 50,000 incidents of people reporting issues with Facebook and Instagram.

Facebook has had similar widespread outages with its suite of apps this year in March and July.