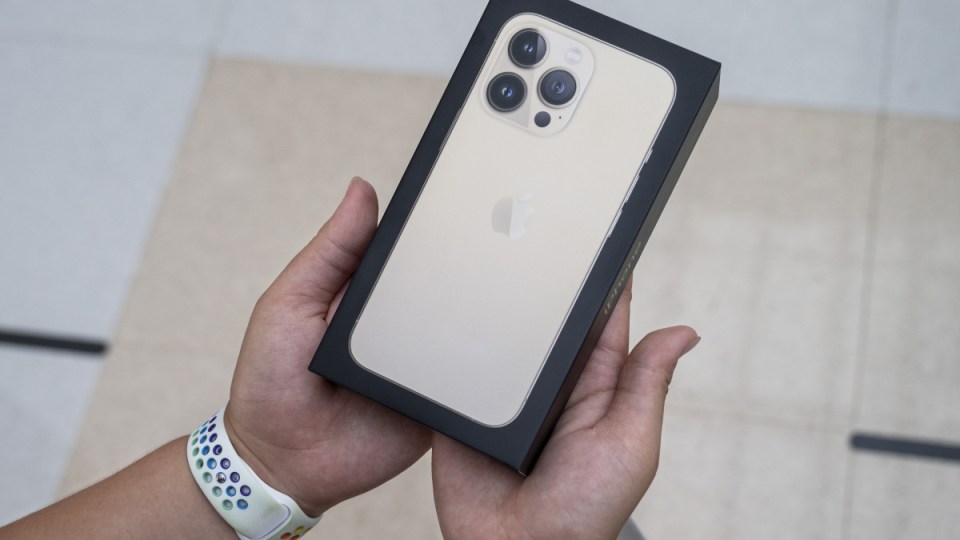 A recent breakdown of the iPhone 13 shows a major flaw for third-party repairs. Photo: Getty

If you just bought or plan to buy the new iPhone 13, you had better handle it with extra care, because Apple is the only company who can properly fix it.

Third-party repairing may be a thing of the past with Apple’s newest edition, as replacement screens from unofficial repairs reportedly lose access to Face ID.

It means you will have to take your new iPhone directly to the maker to fix a damaged screen or be unable to open your phone via Face ID.

“It’s bad, it’s really, really bad. Basically any time you get a screen replacement Face ID will be gone. You don’t have to break anything, nothing has to go wrong,” he says in the video.

A third party, such as a non-Apple-affiliated repair store, will be unable to replace an iPhone 13 screen properly because of the changes.

An ‘Important Display Message’ pop-up prompt will warn the iPhone 13 user of the issue if they try.

The screen doesn’t even have to be damaged to become void of Face ID.

Screen replacements in iPhones have always been risky because you risk damaging the components, but they were possible.

In the iPhone 12 Pro, Apple implemented a component behind the screen that held the Face ID data and functionality.

Now, the iPhone 13 screen holds data related to the Face ID, rendering the function useless once you remove it.

Apple changed the Face ID components for the new edition, making them smaller and merging the speaker to the actual housing of the iPhone 13.

Only the microphone, ambient light sensor and proximity sensor remain in small components behind the screen.

All these are transferable to all screens and work when replaced by a third party. Face ID functionality ignores these components.

Apple has tried to end third-party repairs for new iPhones.

In mid-September, Apple shareholders filed resolutions with Apple to reverse its “anti-repair practices”, calling on the tech giant to change its Right to Repair policies.

In 2018, an update for iOS 11.3 reportedly disabled touch functionality for iPhone 8s with aftermarket displays.

This issue is unlikely to be fixed by a patch due to the change of hardware.

There are workarounds, including transferring two chips to the new screen, but most repair shops won’t do that because it is “too sophisticated”, Phone Repair Guru said.

Break your iPhone 13 screen? Only Apple can replace it