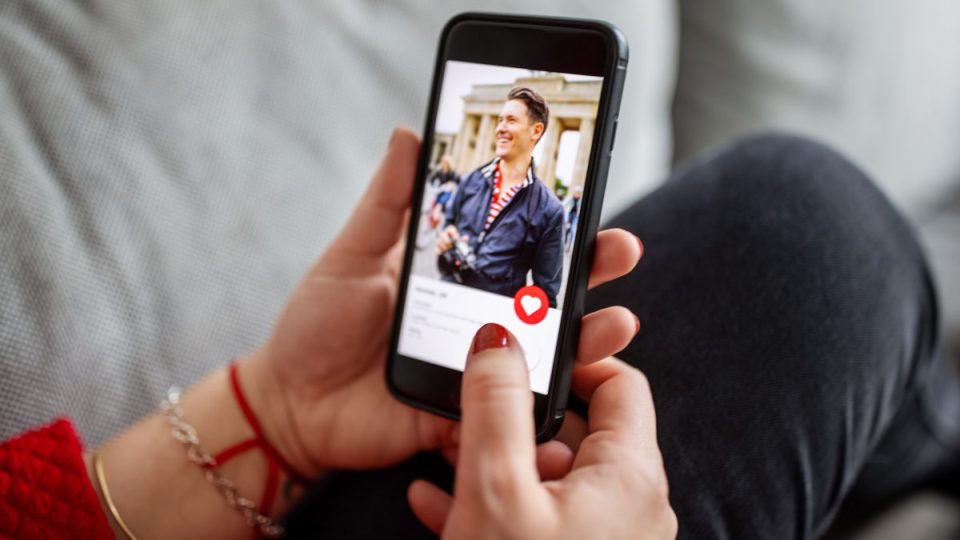 This is by no means a hyperbolic question. Dating apps have played a pivotal role in relation to public information since the very start of the pandemic. On March 3, 2020, Tinder issued an in-app public service announcement regarding COVID-19 – and the internet exploded with a parade of humorous memes, best summarised in a singular tweet: tinder out here protecting me from corona virus more than they’re protecting me from bad pickup lines and weirdos (@lindsayslays).

A couple of weeks later the titters of internet laughter were silenced – it became clear that dating apps were seeing a renaissance during the pandemic. Indeed, there was nothing revolutionary in this dating app activity: with physical distancing in place, dating apps became a critical (if not the only) location for singles to mingle.

Between March 5 and 10, 2020, OkCupid reported a 7 per cent increase in new conversations and, at the same time, ten out of the top 100 apps on the iTunes Store in Australia were dating apps. As American cities went into lockdown, apps like Bumble were reporting increased numbers of messages: Seattle saw a 23 per cent increase in sent messages, New York City 23 per cent and San Francisco 26 per cent.

It was clear, as confirmed by Tinder CEO Ellie Seidman, that as cities around the world went into lockdown usage sky-rocketed, and subsequently declined once the lockdown ceased.

This astronomical but episodic use of dating apps has been explored ad nauseam by contemporary media. However, little investigation has gone into the ways the pandemic has shifted the use and purpose of dating apps, and in particular, the use of dating apps as public information sources in joint initiatives with governments.

In May 2021, the idea of vaccine badges on dating apps was launched in the US. Tinder, Match, Hinge, Bumble, Badoo, Plenty of Fish, OurTime and beyond, signed up to a scheme, in partnership with government, where users could add a badge to their profile to demonstrate they have been vaccinated. The UK was quick to follow with a similar government-funded scheme.

Some apps are even including extra incentives for those that use the vaccine badges, such as free access to premium features – like, for example, profile boosts, and “super likes”. Notably, no verification is required for those displaying the badge.

According to reports, dating apps will also be adding vaccine badges for Australian users. Currently, Bumble enables its users to share pandemic dating preferences such as views on social distancing and mask-wearing.

But will vaccine badges on dating apps act as an incentive for people to get vaccinated? And will the jab make you more likely to find love?

A recent YouGov poll of nearly 5000 UK adults found that only 28 per cent of those who responded would not date someone who is unvaccinated, with 2 per cent saying they would not date someone who had received the jab. And whilst research from match.com suggests some users are more likely to make “values based” match decisions, other studies indicate most people swipe right on dating apps based solely on appearance, with the majority of decisions made in less than a second.

The use of vaccine badges on dating apps, and indeed on other social media platforms, and the partnerships with government signal a potential avenue or shift in public health communication and information.

In a world where the communication domain is spliced and diced in so many ways, dating apps might present as a source of information, for captive and younger audiences.

Recent research has found young people aren’t comfortable getting information about COVID through mainstream media, and whilst they’ve been consuming more news than usual, they have also been avoiding it more. While, the breakdown of age groups on dating apps is not readily available in Australia, US stats indicate the largest group of Tinder users range from 18-34 years of age – which might suggest that dating apps present as an interesting way to reach the general public and, in particular, younger people, with information relating to COVID-19.

The real point of interest here is not so much whether the jab will find you love, but the ever-changing role of dating apps in the public domain and their potential to be used as public health information sources for COVID-19.

Shot at love: Will ‘vaccine badges’ on dating apps encourage more people to get COVID jabs?