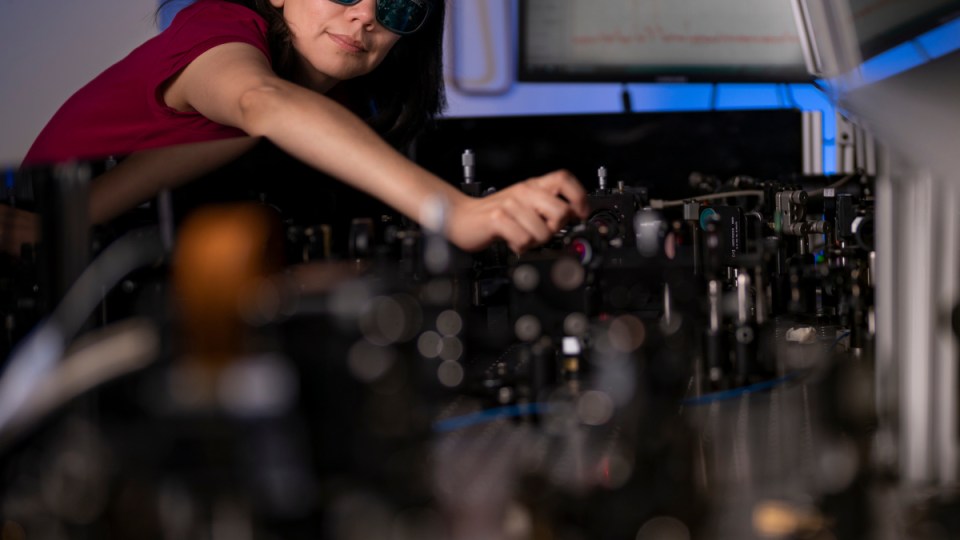 An Australian-made coating that could be applied to standard eyeglasses allows people to see clearly in the dark, revolutionising night vision.

The first-of-its-kind thin film could be used by defence personnel, police and paramedics, who are often required to work at night

The technology could also make it safer to drive at night and walk home after dark, the Australian National University says.

“We have made the invisible visible,” physicist Rocio Camacho Morales said.

“Our technology is able to transform infrared light, normally invisible to the human eye, and turn it into images people can clearly see, even at distance.”

The film is made from nanometre-scale crystals, which are hundreds of times thinner than a human hair.

This can be directly applied to glasses and acts as a filter, Dr Camacho Morales says.

It is extremely lightweight, cheap and easy to mass-produce, potentially making it accessible to everyday users.

But the ANU film works at room temperatures.

“This is the first time anywhere in the world that infrared light has been successfully transformed into visible images in an ultra-thin screen,” physicist Dragomir Neshev said

“It’s a really exciting development and one that we know will change the landscape for night vision forever.”

The film was developed by an international team of researchers from Transformative Meta-Optical Systems, ANU, Nottingham Trent University, the University of New South Wales and European partners.

The research was published in Advanced Photonics on Wednesday.