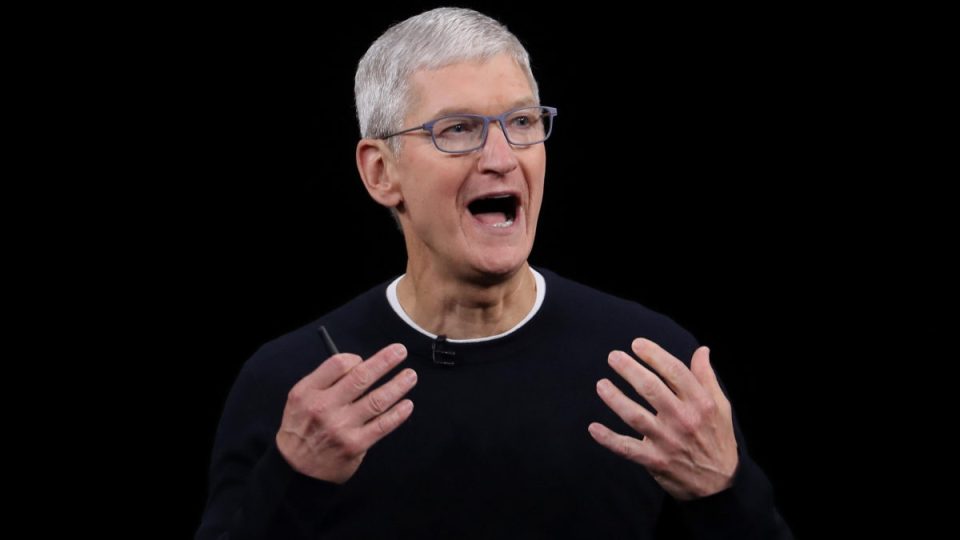 Apple feels "a tremendous sense of responsibility to help users from a privacy and security point of view", CEO Tim Cook says.

As public anger at privacy breaches by big tech companies grows, Apple is hoping to distance itself from its competitors with its forthcoming iPhone update.

The most eagerly anticipated Apple software update in some time, iOS 14.5 is set to drop in coming weeks.

The update will include the launch of Apple’s App Tracking Transparency, which was originally slated for release with iOS 14.

The feature will force apps, including Mark Zuckerberg’s scandal-plagued Facebook, to request permission from iPhone users before tracking their activity across websites and other apps.

Apps currently use what’s termed an Identifier For Advertisers (IDFA) to track your movements across apps and websites.

This data allows advertisers to target customised ads, and can also be collected and sold online.

When iOS 14.5 launches, though, iPhone users will finally have control over which apps can track their online movements.

“They’ll see a simple pop-up that basically prompts them to answer the question of, are they OK with being tracked or not? If they are, things move on. If they’re not, then the tracking is turned off for that individual with respect to that specific app,” Apple chief executive Tim Cook explained

Users will be able to review which apps they have given permission to track them via the ‘Settings’ function, and approve or revoke access.

Apple has long sought to position itself as a safe haven for consumers concerned about safeguarding their privacy.

The current state of user privacy is “urgent”, Mr Cook said in an interview with the Toronto Star.

Apple feels “a tremendous sense of responsibility to help users from a privacy and security point of view”, he said.

“There’s more information about you on your phone than there is in your house,” he said.

“You think about it, you search on your phone and so the information about what you’re thinking is on your phone.

“Your bank records, your health records, your conversations with friends and family, business colleagues – all of this information is on your phone.”

Unlock your iPhone with Apple Watch

The coronavirus pandemic has changed the way we work and live.

For iPhone users one inconvenience of the pandemic era is that wearing a face mask prevents them from unlocking their devices using Face ID.

The iOS update will offer a solution, allowing iPhone users to unlock their device using their Apple Watch while wearing a face mask.

Apple Watch users will need to update to watchOS 7.4, which is set to go live at the same time as iOS 14.5.

New emoji and voices for Siri

If you love to add emoji to your text messages and social media posts, you’ll be pleased to know that a legion of colourful new characters are coming your way in the iOS 14.5 update.

More than 200 new emoji are set to drop, with diverse and inclusive emoji at the forefront.

Additional gender and skin colour variants will feature, as will new couples’ faces and heart designs.

Three smiley faces will also be added to the collection, including a ‘face exhaling’ emoji, the mysterious ‘face in clouds’, and a ‘spiral face’ emoji.

In addition to the new emoji, AI voice-assistant Siri is getting an upgrade, and further embracing gender neutrality.

While Siri has always been officially genderless, the AI will get two new voices designed to sound more natural that will simply be dubbed ‘Voice 1’ or ‘Voice 2’.

One of Siri’s new responses to questions about its gender will be “I am genderless. Like cacti and certain species of fish.”

Privacy features and new emoji: Why Apple’s upcoming iOS update is one to watch