As consumer fervour for the era-defining iPhone wanes, Apple is making its future ambitions clear.

While it made its name in hardware, Apple, which recently became the first US company to reach a $US2 trillion ($A2.8 trillion) market value, now has its sights set on becoming the world’s biggest subscription content streaming service.

Tech expert Belinda Barnet, a senior lecture in media at Swinburne University of Technology, said Apple is investing heavily in the hopes of becoming the world’s “central provider for entertainment services and content”.

“They do have a dominant position in that they own the devices, so they can promote their own products, over Spotify for example,” Dr Barnet explained.

The tech powerhouse’s push to dominate content streaming could pose a threat to current players including Spotify and Netflix, which risk being crushed in a price war with big-money rivals Apple, and Jeff Bezos’ Amazon.

Spotify, which competes with Apple’s music streaming platform Apple Music, hit back following the launch of Apple One, arguing that Apple is leveraging its market dominance to favour its own music streaming service over rivals.

“We call on competition authorities to act urgently to restrict Apple’s anti-competitive behaviour, which if left unchecked, will cause irreparable harm to the developer community and threaten our collective freedoms to listen, learn, create, and connect,” Spotify said following the launch of the subscription package.

But Apple’s ambitions are much bigger than those of their smaller rivals, with the firm seeking to become a global “hub” for entertainment and content services, Dr Barnet said.

“Spotify is not the enemy here, nor is Netflix or any of the content services. Apple wants to be much bigger than that,” she said.

Apple’s latest global product launch on Tuesday was a virtual affair, and there was no new iPhone on show.

The company normally rolls out its new iPhones at this time of year, but production problems caused by the pandemic have delayed a release until at least October.

In keeping with the times there was also a strong focus on health at the launch, with a pitch to fitness, and finance-conscious consumers via a new budget-version of the Apple Watch unveiled, as well as a high-end model.

The scaled-down Apple Watch comes on the heels of a budget iPhone released five months ago, as the US economy shrinks and unemployment rates rise. 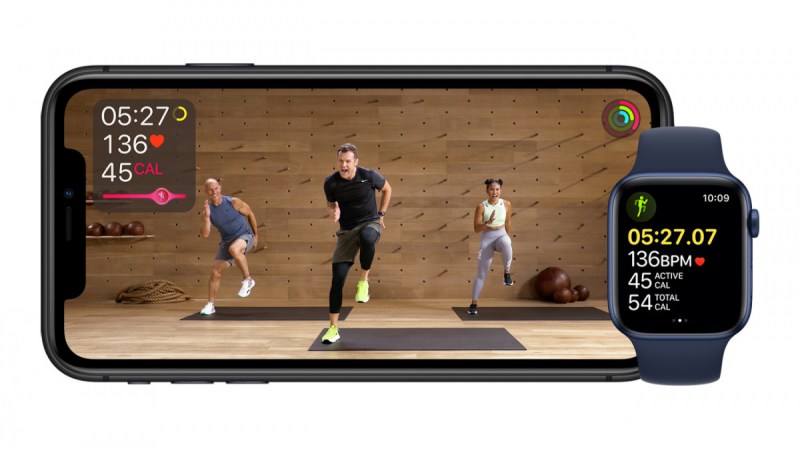 The Apple Watch has never come close to rivalling the iPhone’s popularity, but it does dominate the market for smartwatches.

The new discount model, called the Apple Watch SE, will sell for $US279 and be available globally from Friday.

The price is a markdown from the $US399 that Apple is asking for the next version of its higher-end watch, the Series 6.

Apple added more features to help the watch monitor its owner’s health, including a sensor that can read blood oxygen levels.

The feature, specific to the Series 6, could be timely, given that COVID-19 frequently attacks the lungs.

Tens of millions of people already subscribe to Apple’s various services, helping the company double its revenue during the past four years.

The services division includes Apple’s app store, which is under regulatory scrutiny for charging a commission of up to 30 per cent for products sold through other companies, which have no other option but to use the store to reach the mostly affluent consumers who buy iPhone products.