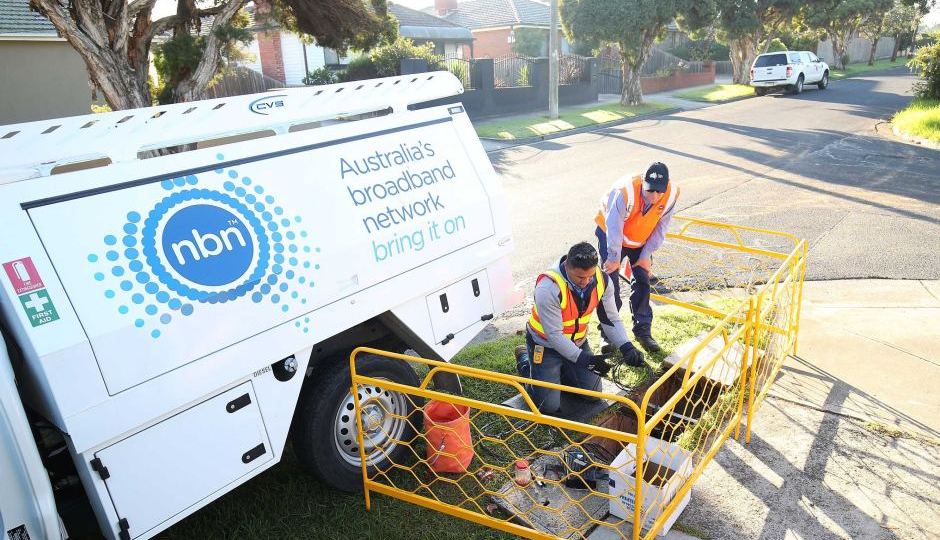 NBN users with HFC connections are much more likely to suffer outages than others, figures show. Photo: NBN Co

TPG has become the latest telco to air major concerns over the reliability of the NBN, revealing that outages for HFC connections have nearly doubled over the past six months.

The number of outages experienced by TPG customers connected to the NBN via hybrid fibre-coaxial (HFC) surged from 72,000 in September to 130,000 in February, the telco revealed to industry publication CommsDay.

By contrast, there were 2600 outages on the NBN FTTN network in September and 3745 in February.

The amount of outages going on in the network compared to other access technologies suggests it’s not up to operational standards.”

HFC is expected to service approximately 1.6 million of the seven million premises that will be connected to the NBN by its June 30 completion deadline.

TPG’s revelations follow a shock move by Telstra last month, with the telco announcing that it would halve the speed of its fastest broadband internet plan available to NBN users connected via three of the seven access technologies because “a number of our customers on FTTN/B/C do not have connections that are capable of achieving 100Mbps”.

But NBN Co defended the reliability of HFC, telling The New Daily that the firm has “ongoing programs to maintain all access technologies including the HFC network and, wherever possible, seeks to undertake and cluster upgrade works within planned outage windows, which are communicated in advance to Retail Service Providers (RSPs)”.

The spokesperson said there had been an “increase in unplanned outages” in February due to “the extreme weather conditions and prolonged AC mains power outages experienced at that time”.

The firm is investigating “the feasibility of incorporating greater power resilience capabilities to better support HFC network infrastructure in the event of a mains power outage”, with a “small-scale trial” that will provide “deeper insights and validate the anticipated costs and benefits of enhanced power resilience at scale across the HFC network” due to begin this financial year.

HFC ‘not up to scratch’

Even with upgrades, the reliability of NBN HFC “in terms of speeds of connectivity experienced will not be consistent across different households”, University of Melbourne Professor of Electrical and Electronic Engineering Thas Nirmalathas explained.

“The performance depends on the location of a specific user within the cable network and how many users are subscribing to the service using that specific part of the cable.”

Issues will be exacerbated as more homes connect to the network, he said.

With more customers trying to share the HFC network, speeds achievable will be low and will vary a great deal depending on the user demography and usage patterns.’’

TelSoc vice president Laurie Patton, who has been leading a #BetterBroadband campaign for more than five years, said the issues with HFC were foreseen.

“There’s a reason why HFC wasn’t included in the original NBN technology map. That’s because Labor’s expert advisers knew it was not up to scratch,” Mr Patton said.

“NBN Co has already been forced to dump the entire Optus HFC network and large parts of the Telstra HFC network are now being sidelined because the remediation costs are too great. In my area, for example, they are replacing it with FTTC.”

The Coalition government’s decision to “force NBN to rely on ageing HFC infrastructure has been a costly and unnecessary mistake”, Labor’s shadow minister for communications Michelle Rowland said.

“Can you imagine spending $51 billion on a network – that is $21 billion over budget – and still not having a HFC network that is fit for purpose?” Ms Rowland said in a press release.

“The TPG figures are even worse than those obtained by the Senate showing the average HFC connection experiences 11 times more network downtime than fibre-to-the-premise.”

The cost per premises of rolling out HFC has “blown out on four separate occasions, and by 85 per cent since August 2015”, Ms Rowland said.

“In November 2017 the entire HFC rollout was halted due to concerns about service reliability.”

The New Daily put questions to Communications Minister Paul Fletcher’s office, but did not receive a response by deadline.

‘Not up to operational standards’: NBN under pressure as HFC outages soar