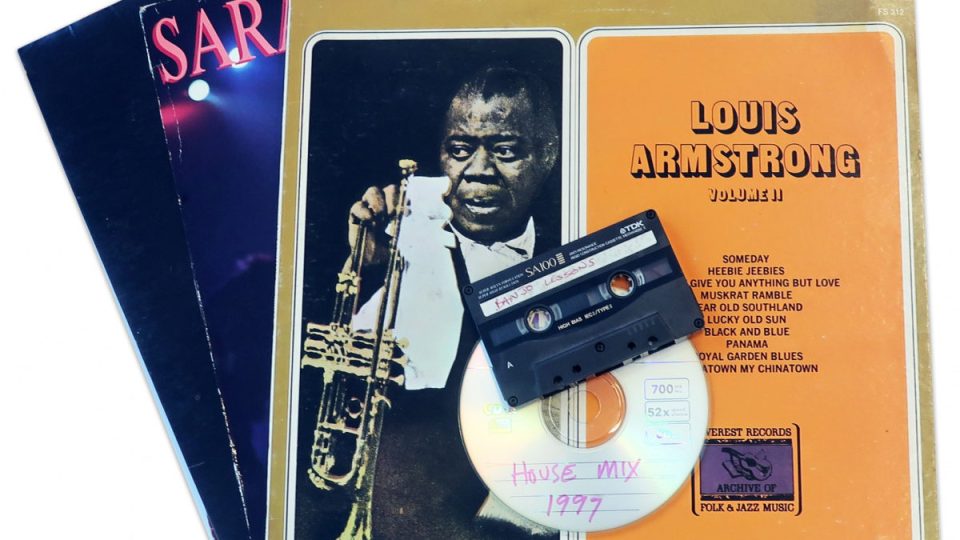 With a bit of time, software and gear, you can convert your old audiotapes, CDs and vinyl records into digital files. Photo: J.D. Biersdorfer

A huge amount of the world’s audio has been digitised, but many veterans of the Analogue Age still have out-of-print albums, lectures and other content locked on vinyl records, cassettes and CDs.

Converting the audio to digital formats for personal use is much simpler than it used to be, though, thanks in part to gadgets that connect to a computer’s USB port.

In addition to making files that play on your smartphone or media server, digitising your analogue audio creates an electronic archive you can store online for safekeeping. The steps for converting your old recordings vary on the formats and equipment you have, but here’s a general outline of the process and the equipment you may need.

No matter what type of analogue media you’re converting, you need software to digitise it. Capturing the audio to a computer has been a common approach for decades, and free programs to do the job include Apple’s GarageBand for Mac and the open-source Audacity (for Windows, Mac and Linux), which has its own guide for converting records and tapes. Commercial software is also available, like Roxio’s $70 Easy LP to MP3 or the $55 Golden Records from NCH Software.

Choose a digital format for recording. Uncompressed or lossless formats like WAV, FLAC and AIFF preserve more of the original audio for higher-quality sound, but compressed formats like MP3 create smaller files.

Follow the software’s instructions for importing audio. After you capture the whole album, you can use the program to slice up the recording into individual tracks, label the songs, and clean up hiss, pops and other noise.

If your stereo equipment is long gone but you held on to your old records for sentimental reasons, using a compact USB-based “conversion” turntable that connects directly to the computer is one approach. You may not have ultimate control over the recording quality, but it’s usually the easiest process to convert the vinyl yourself.

For the less technically inclined, ION Audio makes several conversion turntables, including the $155 Premier LP, which connects to the computer with a USB cable and includes its own conversion software. Audio Technica, Crosley and Sony also make USB turntables.

If you still have a turntable with a headphone jack or a port labeled “line” (or a stereo receiver with a “phono” input for the record player), a device called a USB phono preamplifier links your hardware together with audio and USB cables to pump the sound into the computer for recording. ART Pro Audio USB Phono Plus ($140) and Reloop iPhono 2 USB Recording Interface (about $140) are two options.

For USB-based recording using older turntable systems without the headphone jack or line output, you’ll most likely need to include a separate phono preamplifier box to boost the audio signal as well. The $70 Rolls VP29 and the $95 ART Pro Audio DJPRE II are two models to consider.

No tape deck? Tape players with USB connections for the computer or flash drives can be found online starting at around $30. These devices can be quite efficient for digitising old lectures, family history and other recordings.

If you still have a tape deck, check its jacks. A cable with a 3.5-millimetre plug on both ends or an RCA-to-3.5mm cable are common for connecting to a computer’s line-in port (if it has one), or you may be able to use a USB interface box like those used for digitising vinyl.

Still have CDs you want to transfer but no CD player or computer disk drive? External USB-based CD players sell for as little as $30 online. Once you connect one, spin up those discs and import the tracks with Apple’s Music app for Mac, Microsoft’s Windows Media Player or another free CD-ripper app.

The do-it-yourself approach is not for everyone, but audio conversion services will happily digitise your old analogue media for you – for a price. This can range from $20 to $50 for each record or tape converted, but some companies include restoration and sound-cleanup services as well.

While not a surefire solution for a fully digitised library, some unreleased and obscure recordings turn up online eventually, as did tracks from Jeff Buckley and Prince this year.

The Internet Archive can also be a treasure trove for old 78 rpm recordings from the early 20th century, as well as early hip-hop mixtapes, live concerts and other bits of audio history. But no matter if you’re converting your analogue audio yourself or scouring the internet, patience has its rewards.

Get those records, tapes and CDs onto your smartphone