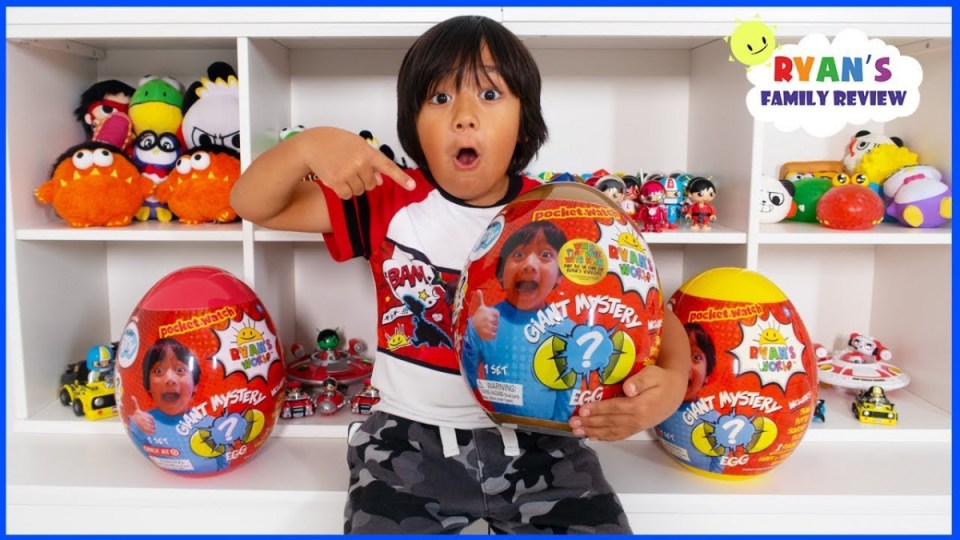 For the second year running, a youngster has taken out the number one spot for video platform YouTube’s highest earning stars.

Ryan Kaji of Ryan’s World raked in $26 million USD this year, according to Forbes.

Last year, Ryan, 8, also swooped on top spot, but he’s improved his earnings by $4 million this time around.

His follower base has swelled to almost 23 million, and he first attracted the eyes of the internet through ‘unboxing’ videos – literally him being super excited, while opening boxes of toys and then playing with them.

As he’s grown, his clips have evolved to full-blown reviews. His popularity has meant he’s started growing a small empire, complete with a clothing line.

Last year, The New Daily investigated the phenomena that is Ryan’s World.

According to Forbes, nearly all of the mini mogul’s fortune comes from advertising on his channels Ryan ToysReview and Ryan’s Family Review.

After he signed up with children’s entertainment channel Pocket.watch last year, “the deals began rolling in,” the business site said.

“When views go up, so do these automated ad dollars.”

What are we watching for?

What’s almost as puzzling as the amount of cash that Ryan has made already is why we prefer tuning in to watch one another play rather than doing stuff ourselves.

And it comes down to science, said Melbourne clinical psychologist and cyber safety expert Jordan Foster.

“Firstly, we see when people look at videos about something they’re really interested in, neurons are activated called mirror neurons,” Ms Foster told The New Daily.

“They reflect what someone else is experiencing and so you get a similar psychological experience watching as you would doing.”

Within children’s brains the effect is “magnified about five to 10 times of an adult, which is why they’re so drawn to YouTube,” Ms Foster said.

The experience is “dulled down” for adults, but “there’s still a level of enjoyment, curiosity and interest that gets me watching someone else’s video”.

Firing neurons aside, there’s also a “sense of community” in seeing others do something we’d like to do ourselves, Ms Foster – “absolutely” a fan of YouTube tutorials – told The New Daily.

Clinical psychologist Amanda Gordon from Sydney’s Armchair Psychology “can only speculate” about the “outstandingly amazing” phenomenon of people watching others.

“There are a couple of suggestions. One is we’re lazy. Another would be a kinder one, that people are actually curious about other people’s lives and watch to understand them, like with reality television,” Professor Gordon said.

According to Forbes, 15 per cent of the boy’s earnings go straight to an account protected until he becomes a legal adult, and the rest likely goes to paying managerial and production fees.

Warns Professor Gordon: “He might find that when he’s nine or 10 his popularity may wane as his audience grows up a bit.”