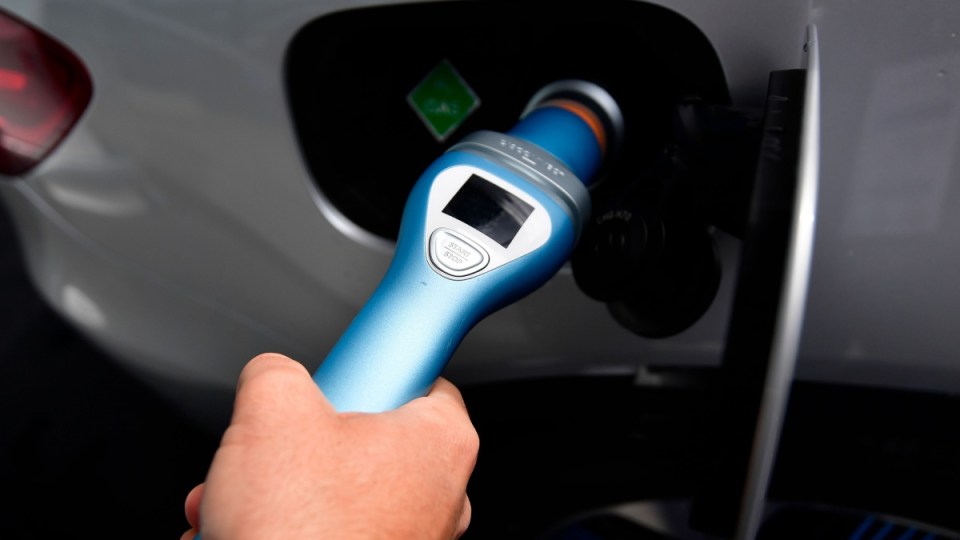 Four massive hydrogen refuelling stations between Sydney and Melbourne are set to be built. Photo: Getty

Clean transport is a hot topic, and as we move towards a low-emissions economy and international manufacturers phase out conventional vehicles, both electric and hydrogen are vying for a place.

And with good reason. At the moment, transport contributes almost a fifth of Australia’s greenhouse gas emissions — with passenger cars and road freight together emitting more than three-quarters of the transport sector’s share.

Overall transport emissions have grown 1.3 per cent since last year, as motorists switch from petrol to diesel vehicles and freight activity rises.

But the need to reduce emissions isn’t the only driver for a transition to cleaner transport.

Concerns over the security of our petrol and diesel supply, shifts in international car manufacturing trends and the health impacts of exhaust fumes are piquing interest in greener options.

Where are we now?

Australia no longer makes cars locally, and overseas car companies are being pushed towards cleaner technologies by government restrictions on the manufacture of internal combustion engine vehicles.

This could mean that the supply of new conventional cars to Australia may eventually peter out.

“There is probably a sunset on the availability of [conventional] vehicles,” says James Kennedy of electric vehicle charger company Tritium, adding that this would likely be after 2040.

The ability to charge electric vehicles at home, growing availability and speed of public charging infrastructure, and ranges in the order of 300 kilometres per charge puts them in a good position to take a leading role in the national transition to clean passenger transport.

According to the PlugShare app, there are 438 public charging stations around Australia.

While they are at an earlier stage of adoption, hydrogen fuel cell electric vehicles (HFCEV) are being trialled on Australian roads.

Mr Kennedy says that while electric vehicles are technically ready for the Australian market, price is an issue for many potential buyers.

But this is likely to change in the near future, with scaled-up production of electric vehicles and cheaper lithium-ion batteries driving costs down.

Bloomberg New Energy Finance predicts that electric vehicles could be more cost effective than conventional cars by 2022 in terms of purchase price and running costs, and Dr Christopher Munnings from CSIRO says electric vehicles are already cost-competitive in the luxury SUV market.

Motorists wanting to buy more than one electric vehicle may also run into challenges as home grid connections don’t have the capacity to charge multiple vehicles at once, especially on hot days.

But CSIRO is working with Nissan Australia and Delta Electronics to develop a smart charger which can replenish up to four electric vehicles from home battery storage connected to rooftop solar.

For hydrogen-fuelled vehicles, the biggest obstacle is the lack of refuelling stations.

Fiona Simon, CEO of the Australian Hydrogen Council, says this is key to widespread adoption of the technology, and this can be achieved if industry and government work together.

“Overseas, governments and industry have collaborated to establish the supporting infrastructure,” she says.

Chief scientist Dr Alan Finkel is leading the development of a National Hydrogen Strategy, which is due to be completed at the end of the year.

If the plan mandates a national hydrogen refuelling network, this could very quickly lead to HFCEVs becoming viable in the local market.

Dr Munnings is a strong advocate for a mix of hydrogen and electric vehicles.

He explains that hydrogen may be better suited to long distance, back-to-base transport such as buses and long-haul trucks, while electric vehicles are a good solution for the light passenger vehicle market.

“If we want to get to the point where we have clean air in our cities we need both,” Dr Munnings says.

To provide motorists with a better range of choice, the range of electric vehicle models available in Australia needs to expand.

Mr Kennedy suggests that an electric vehicle target could help, as well as exemptions from luxury vehicle taxes on imports.

Ms Simon says these measures will also help stimulate local markets for HFCEVs, as will the introduction of vehicle emissions standards.

Low-cost initiatives such as preferential parking, reduced toll rates and the ability to drive in bus lanes have also been effective in increasing the uptake of clean vehicle technologies overseas.

As well as driving a local transition, Dr Munnings says the global shift to clean vehicles could kick-start an Australian export market for green hydrogen and increase overseas demand for local minerals used in lithium-ion batteries.

“There are significant benefits to the nation,” he says.

‘I am not afraid’: The modern unknown soldier risks it all in Ukraine
Energy market reform will be a big boost for emissions reductions: Chris Bowen
Greens sign up for Labor’s looming jobs-and-skills summit as Liberals stick with boycott
Joe Biden’s $430b green victory for the environment
China cementing its Thailand ties with joint military exercises
NRL: Titans frantic to end 10-game losing streak as Manly showdown looms
Rapid-fire gun attachment used in Las Vegas massacre to be banned in Australia
Today's Stories

Electric or hydrogen — which will win the clean car race?