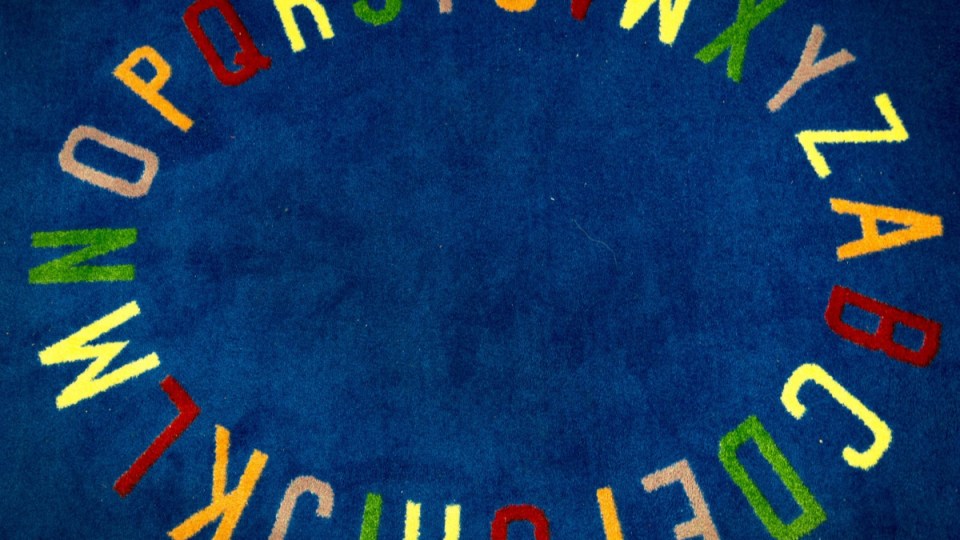 A jarring alternate version of the alphabet song circulated on social media this week. It was not well received. Photo: Paul J. Richards

This week, the people of the internet rallied to the defence of the elemenopee.

That’s the letters L, M, N, O and P of the English alphabet, which, if you sing them in the alphabet song, tumble together in a brisk legato that makes the letters hard to distinguish from one another.

In musical notation, legato calls for a series of notes to be played or sung smoothly together.

That is how a lot of people sing their ABC’s from the 12th letter through the 16th – with one note change, and no pause for air.

But in one version of the song, that legato is eliminated so that each letter has space to breathe.

When you hear it for the first time, it can be jarring – the bar that typically ends with P seems to stop short at N, and the timing and rhyming are thrown into disarray after that.

So when a comedian shared that version on Twitter on Friday, calling it “life ruining”, many people were similarly aghast.

They changed the ABC song to clarify the LMNOP part, and it is life ruining. pic.twitter.com/TnZL8VutnW

Noah Garfinkel has written for shows including New Girl, Abby’s and Single Parents. (You might also know him from The Good Place. He didn’t write for the show, but it used a portrait of Mr Garfinkel to portray the young Doug Forcett, a character who guessed the truth about the afterlife while tripping on mushrooms.)

In an email, Mr Garfinkel called the L-M-N-O-P sequence “the highlight of the original song”.

“In the new version, you’re led to the same comforting place you’re used to all the way through the letter K, only to be suddenly thrown into the rhythmic equivalent of a roller rink bathroom,” he said.

Jokes about the altered alphabet song came quickly on social media. There were disappointed GIFs everywhere.

“I will not sit idly by, while the media conveniently pivot to more revisionist history!” Nic Nemeth, a comedian and WWE wrestler, said on Twitter. “What’s next, the twinkle from a star?”

But this version of the alphabet song is not new.

The clip shared by Mr Garfinkel came from a YouTube video posted by the account Dream English Kids in 2012.

The protagonist of these videos, a man named Matt, has performed the song the other way, too.

In an email on Wednesday, Matt declined to share his last name but said he had been making educational songs and videos for more than a decade, and that they had been used in classrooms around the world.

He said the idea for the altered alphabet song came from a book about teaching English to children.

“The book said that if you can find an ABC song with a slow L-M-N-O-P, it is very helpful for young learners to recognise each letter,” he said.

“As a musician and teacher, I decided to make my own version. That was about 10 years ago.”

The melody of the alphabet song, at least, has been fairly consistent for centuries. It is often attributed to Mozart, but he didn’t compose the original tune – only variations on it.

The song has existed since at least 1761, when it was published without lyrics in a French book of music called Les Amusements d’une Heure et Demy.

“Mozart also had nothing to do with words,” said Bob Kosovsky, the curator of rare books and manuscripts for the music division of the New York Public Library for the Performing Arts. “His setting is for piano.”

Over the years, the melody has been linked to lyrics about a child who wanted to eat sweets, a woman falling in love, a twinkling star, and a black sheep with three bags’ worth of wool.

Mr. Kosovsky called the Twitter debates over the alphabet song a “tempest in a teapot”, but he also weighed in on the version shared by Mr Garfinkel.

“It violates the rhyme created by the letter G rhyming with the letter P,” he said. “Without that, it’s much more difficult to remember the words.”

Catherine McBride, a developmental psychologist at the Chinese University of Hong Kong and an expert in early literacy, agreed the classic version of the alphabet song benefited from the “e” sound at the end of each line.

“One of the most important aspects of children’s early learning is that children love rhymes,” she said in an email.

She added that the fast L-M-N-O-P was well placed, highlighting a middle section of the alphabet that children might otherwise forget.

“It is true that some children memorise L-M-N-O-P as one lump,” Dr McBride added. “But I don’t think this is a problem. It is a good way for them to pronounce a lot of information (letters) quickly.”

But Matt said the altered version could be a useful alternative.

“I am not trying to change or make the new ABC song,” he said.

“I simply made another version that I hope is helpful for children to learn the letters, and be able to pronounce them well. This is particularly helpful for students in countries where the English alphabet is not regularly used.”

Mr Garfinkel acknowledged that the altered version of the song could be useful for some educators.

“A lot of people have responded saying that the new version is actually way more effective in teaching the alphabet,” he said.

“And that’s probably true, so it’s a good thing. But I’m already pretty decent at the alphabet, so it’s not doing a lot for me.”

How do we sing our ABCs? L-M-N-O-Please not like that