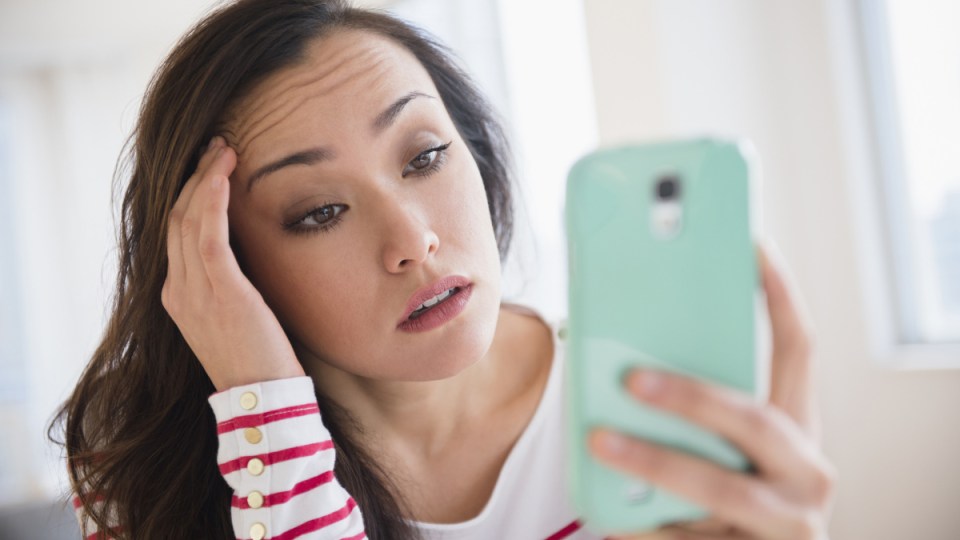 Something as simple as a slow loading app can be a major source of frustration. Photo: Getty

It has taken little more than a decade for smartphones to transform our world and embed themselves in our daily lives.

For many, a smartphone is the first thing they look at when they wake up, and the last thing before they go to sleep.

Indeed, the hold that smartphones – and the apps they serve up – have over us is so powerful that seven out of 10 Australians admit these digital services are so intrinsic to their daily lives they don’t realise how much they rely on them, new research has revealed.

Nearly five out of 10 Australians are so dependent on their mobile device that they can only go without it for four hours before they find it difficult to manage tasks in their everyday life, the AppDynamics’ App Attention Index 2019 released this week showed.

The report, which was based on interviews with 7000 consumers in the US, UK, Germany, France and Australia, is the third in a series that examines how increased use of digital services, particularly mobile applications, is altering the way that consumers view brands and make purchasing decisions.

The rise of the ‘digital reflex’

For those concerned about digital dependency and the increasing portion of our lives spent in front of screens, the findings are concerning.

While the average person estimates they use seven digital services each day, the research showed the actual figure is about 32.

“During nearly every waking moment of the day, people are interacting with a host of applications that deliver digital experiences. In fact, these experiences drive so much of our everyday lives that, often, we’re not even aware of our reliance on them.

“In this way, the use of digital services has become an extension of human behaviour, an impulsive, ‘natural’, sub-conscious action – a ‘digital reflex’.”

It’s no secret the digital age has had an effect on our attention spans, but there’s evidence it’s also causing us to lose our tempers more easily.

Consumers have high expectations and little patience with digital services that perform poorly, the report showed.

When people encounter problems with digital services, they are left feeling stressed and angry,’’ the report said.

“It can mean missing out on a purchase, having to pay a higher price for a product, or even being late for work.”

Common sources of frustration include slow loading times, apps that were not intuitive or easy to use, and services that aren’t available when needed.

Sub-standard digital experiences have a “profound, emotional impact on people”, the report said.

Frustrations grow, feelings of helplessness and anxiety emerge, and people struggle to cope.’’

More than half (55 per cent) of consumers admitted that problems and frustrations with digital services affect them more or for longer than they would like, the research found.

“People swear, they throw their phone in anger and they become irritable with those around them,” the report said.

Nearly half – 44 per cent – of people admitted to swearing out loud in response to a problem with a digital service, with 25 per cent saying such experiences negatively affected their day and 24 per cent confessing they had been irritable with friends, family, or colleagues following a poor digital experience.

Even more alarmingly, 13 per cent admitted they had thrown or damaged a phone or digital device out of frustration.

It’s not all doom and gloom, though, with 70 per cent of those surveyed claiming digital services have helped reduce stress and help with life admin tasks.

When it comes to getting stuff done, 68 per cent said digital services have improved their productivity at home and work thanks to apps that allow easy access to email, documents, and work expenses.

Digital dependency: How apps have destroyed our attention spans, and our patience