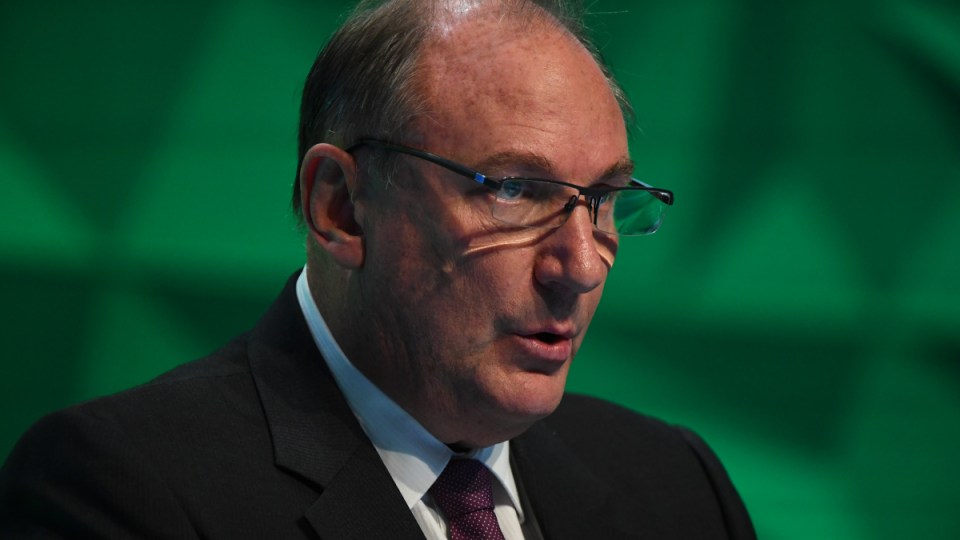 Regrets, I've had a few: Telstra chair John Mullen said the firm should never have helped build the NBN.

The government has refused to address claims taxpayers have been ripped off by the way it has rolled out the much-maligned national broadband network.

Academics, telecommunications industry experts, and the consumer watchdog have flagged major issues with the over-budget and yet-to-be-completed NBN – from slow speeds to reliability, equity, and affordability.

Now, the chair of Telstra – which, along with Foxtel, partnered with the Coalition government to deliver the hotchpotch of old and new technologies that make up the NBN – has described the project as a huge mistake that will end up costing consumers.

Australians would already be enjoying broadband speeds of up to 100 megabits per second without stumping up more than $50 billion for the NBN, Telstra chairman John Mullen told shareholders at the firm’s annual general meeting on Tuesday.

The nation’s biggest telco should never have helped the Coalition roll out the NBN because private firms were “always going to build 100Mbps broadband access and speed to the majority of the population of Australia”, Mr Mullen said.

“Governments could then have decided how much subsidy they were willing to provide the industry to extend this coverage to regional and rural areas where private sector economics were unattractive,” he said.

This would have been at a fraction of the cost of today’s NBN.’’

Communications Minister Paul Fletcher refused to address Mr Mullen’s claims that taxpayers have been dudded by the unfinished and over-budget NBN, despite repeated questions from The New Daily.

Instead, a spokesman for Mr Fletcher pointed to a speech made by the minister last week that blames the NBN’s problems on Labor – despite the Coalition government overseeing the vast majority of the rollout and spend.

Labor had spent around $6.5 billion on the NBN when the Coalition took power in 2013, with the government since splashing more than $44 billion of taxpayer funds to create what experts have described as an “obsolete” and “third-world” broadband network.

In his October 9 address, Mr Fletcher admitted the network would require immediate upgrades and extensions, with a further $4.5 billion to be spent in coming years alone.

When asked if the NBN has been a costly mistake, a spokesman for NBN Co told The New Daily it was a question for the government.

The government’s current approach to the NBN is a policy of “denial”, University of Sydney infrastructure expert Tooran Alizadeh said.

In May, research by Dr Alizadeh revealed that one in two households in Australia’s three biggest cities – Sydney, Melbourne and Brisbane – have been “cheated” with inferior NBN connections.

The government must acknowledge the issues with its multi-technology mix and make a plan to fix them, Dr Alizadeh told The New Daily.

“Late is better than never,” she said.

“The very first step would be to acknowledge it, measure it, and try to come up with a solution.”

Mr Mullen claimed that the NBN’s high wholesale pricing would force resellers to “withdraw or go broke”, with consumers ultimately losing out.

“The downside of this in turn will be fewer service providers and ultimately higher broadband prices to the consumer,” Mr Mullen said.

However, Optus vice president of regulatory and public affairs Andrew Sheridan disputed Telstra’s claims, describing them as an “attempt to rewrite the history behind the creation of NBN”.

“If Telstra had its way, Australians would be stuck with an unregulated, slow broadband offering, free from any competitive tension,” he said.

Dr Alizadeh said that Mr Mullen’s claims ignore the fact the NBN was originally intended to remove the digital divide between cities and remote and regional areas.

“The reality is the NBN started with a big ambition around equality and equity around communication,” she said.

“There was a rightful argument that those in regional and remote still need this infrastructure.

“When it comes to inequality and equity of service you cannot count on profit only and private sector only.”