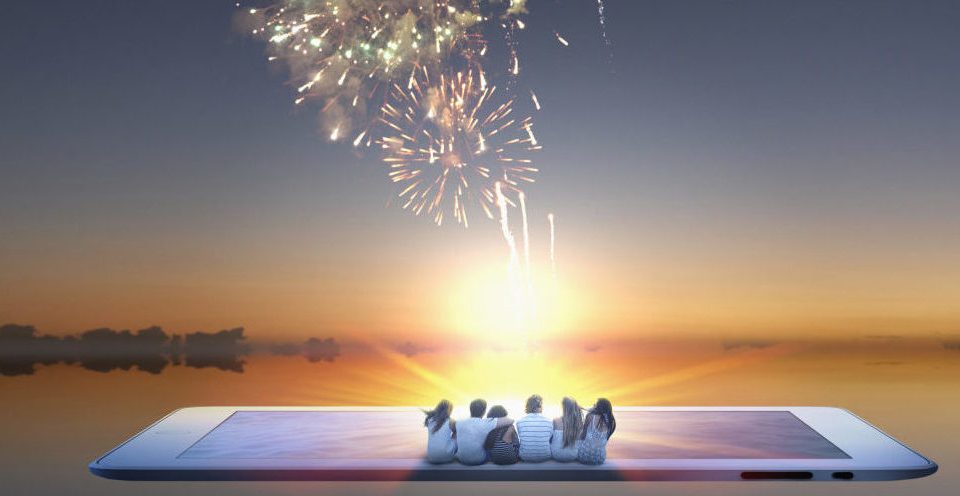 Having trouble keeping up with the latest technology trends? You’re not alone. Social media is evolving faster than you can say “Zuckerberg congressional testimony”. And more big changes are on the horizon for next year.

The people behind the scenes already have a good idea of what’s to come. Social media specialist Venessa Paech has been keeping an eye on the direction of developments, trends and experiments in 2019, so she has an idea of how things may pan out in the tech world.

Here’s what to keep an eye out for and how it will impact your social media use.

The death of likes

Well, not completely. But the currency of likes and their emoticon siblings are poised to evolve in 2020. We’ve seen Facebook experimenting with removing like counts on Instagram profiles and now, on its primary platform.

The company says these moves are designed to address concerns over mental health and social harms. It’s also likely a move to monetise access to likes and similar metrics for businesses and influencers down the track.

Regardless of motivation, it’s safe to say how our likes look and behave will change in the coming 12 months, effectively rewriting the social media language we’ve grown accustomed to.

Online communities in the early internet era were highly engaged, but largely separate, private spaces. The mega-platforms changed this, shunting millions of us into large-scale commons, with both positive and negative effects.

As frustrations over big platform politics, ever-changing algorithms and rising pay-to-play costs have grown, we’ve seen a resurgence of smaller, niche social networks and platforms where people feel more in control of their own experience, interactions and data. Notably, the rise of messaging apps and chat channels, where smaller groups form communities that suit their personal and professional needs.

Messaging apps, private networks and gated areas within other platforms (such as Finstas) will continue to grow in popularity, especially with younger generations who are more discerning about over-sharing. And as adults follow young people into gated social, those young people are sure to head off to an even more private corner of the internet.

Just when you thought the Virtual Reality hype rollercoaster had taken a break, get ready for another steep climb.

Facebook has suggested for years that VR was its social end-game (one driving factor it its acquisition of Oculus Rift), but for your average social media user, that vision likely felt far from actual reality.

After some experimentation with small catchments of users, Facebook has finally announced plans for Horizon, a massive, multi-user virtual world somewhere between Second Life (which is still alive and kicking), and the Oasis in Ready Player One.

The new virtual layer of the social network launches in beta in 2020, and gives users tools to hang-out with friends, watch and create content. Whether Horizon gains momentum or not, expect to see a number of social media players staking ground in the virtual world space.

While VR finally gets serious about social in 2020, Augmented Reality – already a part of life for regular users of Instagram and Snapchat filters, looks set to keep growing. Expect more creative and commercial applications of AR in social advertising, shopping and experiential marketing.

In 2020 bots and new forms of machine agents will become more pervasive and more visible in many of our online communities. How we choose to interact with them will be something to watch.

They’ll help show us around, connect us with the information we’re looking for, match-make us with other people they think we’d like in a social group, and set us up on dates.

Machine learning behind the scenes will keep working in moderation and data analysis, and we’ll see its effects in the form of more ‘uncanny’ social media experiences.

After a stuttering start on major platforms, e-commerce will embed more deeply in our social media, spilling beyond traditional digital shopping spaces like Amazon, Etsy and eBay.

Offerings like Instagram storefronts are likely to expand globally, and Western markets will try their own emulations of WeChat’s all encompassing social business market.

Chatbots and personalisation will play a large role here, leveraging the platforms’ stockpile of user data in new ways (including some likely to be controversial).

The convergence of machine avatars, virtual influencers, deep fakes (video and audio) and misinformation warfare means what constitutes real and truthful will likely remain under debate throughout 2020.

Expect to see a proliferation of profiles, groups, content, even ‘mobs’ that aren’t necessarily what they seem. Bold marketers may dive into the deepfake arena for some mind and truth-warping campaigns, while personalities (from A-list entertainers to social influencers) will start looking more closely at ways to protect, control and commercialise their full digital likeness.

Social platforms have been under the microscope for a number of years for issues around privacy, surveillance, advertising transparency, online abuse, fake news, and more.

If you’re exhausted by the headlines, look away. We’re only just beginning to negotiate this tricky terrain. Ponder, if you will, what happens when a serious real-time crisis unfurls in Facebook’s new virtual world? Or when a deepfake filter goes viral?

Governments, business and civil society will keep the pressure on in 2020 and we can expect more concrete regulatory moves and test cases before the courts. Accordingly, businesses will be paying even more attention to risk management and moderation of their social media efforts.

The social media trends we’ll be seeing in 2020