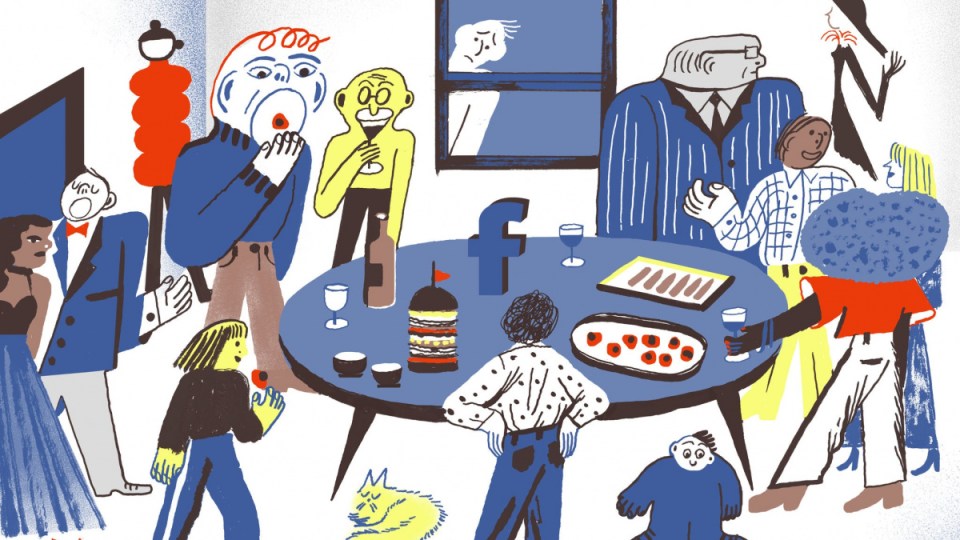 Innocent Facebook users are finding themselves banished from the platform. Photo: Sarah Mazzetti

For a decade, Christopher Reeves, an Uber driver in Seattle, used Facebook for everything: Talking with friends, communicating with fellow drivers, meeting singles.

But one day in June, as he was uploading photos from a comic book convention and a family trip to Disneyland, he found himself abruptly logged out.

It requested a photo to verify his identity. He took a selfie with his iPhone, but Facebook rejected it, as well as several other self-portraits.

Eventually he gave up and sought out a page in Facebook’s help centre for people who think their accounts have been disabled by mistake. He provided his name, email address and a photo of his driver’s licence.

Days passed. Reeves heard nothing. He searched in vain for a way to talk to a human at Facebook.

He sent Twitter messages to Facebook and was ignored. After a week of growing increasingly frustrated, he went to Facebook’s office in downtown Seattle, where, he recalled, five receptionists sat behind a counter in the lobby.

“My account got disabled, and I need help,” he said.

The workers told him no one could assist him.

“What if my account doesn’t get reactivated?” Reeves asked, desperate.

A receptionist advised him to make a new profile. (That’s against Facebook’s terms of service, which specify that users “create only one account (your own).”)

While many users are abandoning Facebook, fed up with what seems like a never-ending series of privacy violations, a small cohort find themselves in the opposite position.

They’ve been kicked off the platform, and no matter how hard they try – and they try really, really hard – they can’t get back on.

In March, Jessica May, 33, an activist of colour based in Maryland, found herself logged out by Facebook and presented with a request for identification.

May wasn’t surprised; trolls often falsely reported her for violating the site’s rules, and she had been through the account reactivation process many times. This time, though, May’s attempts to regain access didn’t work.

She’s now signing into Facebook with a second, professional account that she created a couple of years ago but rarely used.

When May researched the issue online, she found countless others in the same position.

“You’re holding our social network hostage, along with our memories,” she complained in a YouTube video she posted in hopes that someone from Facebook would see it.

“I have so much to say and so much to share. What the hell did I do? I just want to know. But it’s radio silence.”

In Facebook’s version of a justice system, users are told only that their accounts have been disabled for “suspicious activity”.

If they appeal – via a terse form that will accept only a name, contact information and an image of an ID – a mysterious review process begins. The wait can be endless, and the inability to contact a Facebook employee maddening.

Because I have a history of writing about (and sometimes solving) people’s troubles with the platform, profoundly addicted Facebook users have found their way to my inbox, emailing multiple times a day for updates about their cases, which I do not have.

‘It was a real panic moment’

With more than 2 billion active members, Facebook has long been criticised for allowing bad actors to proliferate on its platform, from violent extremists to identity thieves.

In May, the company announced that it disabled more than 3 billion “fake accounts” over a six-month period.

“Our intent is simple: Find and remove as many as we can while removing as few authentic accounts as possible,” wrote Alex Schultz, Facebook’s vice president for analytics, in an accompanying post.

It’s possible that users like Reeves and May were caught up in the sweep. But the number of people complaining about disabled Facebook accounts has been going up for years, according to data from the Federal Trade Commission, which tracked three such complaints in 2015, 12 in 2016, and more than 50 in each of the past two years.

Once Facebook disables an account, Schultz wrote, it keeps the person behind it from rejoining by deploying “advanced detection systems” that look for “patterns of using suspicious email addresses, suspicious actions, or other signals previously associated with other fake accounts we’ve removed”.

Travis Hinton, a dishwasher in New York who has used Facebook since 2012 to stay in touch with friends and to write posts about abandoned subway stations, found this out the hard way.

After his account was disabled in July, he tried repeatedly to create new accounts using a series of new email addresses and found that the new accounts were disabled almost immediately.

Hinton, 34, found the company’s phone number and called it.

“For customer support, press one,” said a voice recording. Hinton pressed 1. “Thank you for calling Facebook user operations,” he heard. “Unfortunately, we do not offer phone support at this time.”

Then his line went dead. (This is still the message a caller receives.)

Hinton is incensed at being locked out of Facebook.

He also tries to create new Facebook accounts – on different computers and phones, and at different locations – on a weekly basis, only to find them disabled within minutes.

When Facebook reviewed 14 disabled accounts belonging to users contacted by The New York Times, the company said that just five had been banned with cause.

Facebook suggested that the others should simply go through the appeals process again; most did, but none of their accounts have been reactivated so far.

His first name is Jonatan; he asked that his last name not be published, so that he wouldn’t be contacted by a deluge of other users seeking help.

“I did it through the job applications,” he said, laughing. Jonatan went to Facebook’s careers page and filled out an application for a lead developer position, but instead of talking about his qualifications, he wrote about not being able to reactivate his disabled account.

A couple of days later, Jonatan got an email from a Facebook recruiter who told him that, while it wasn’t the proper channel for the problem, he would look into Jonatan’s account.

It was soon reactivated.

Many are abandoning Facebook. These people have the opposite problem