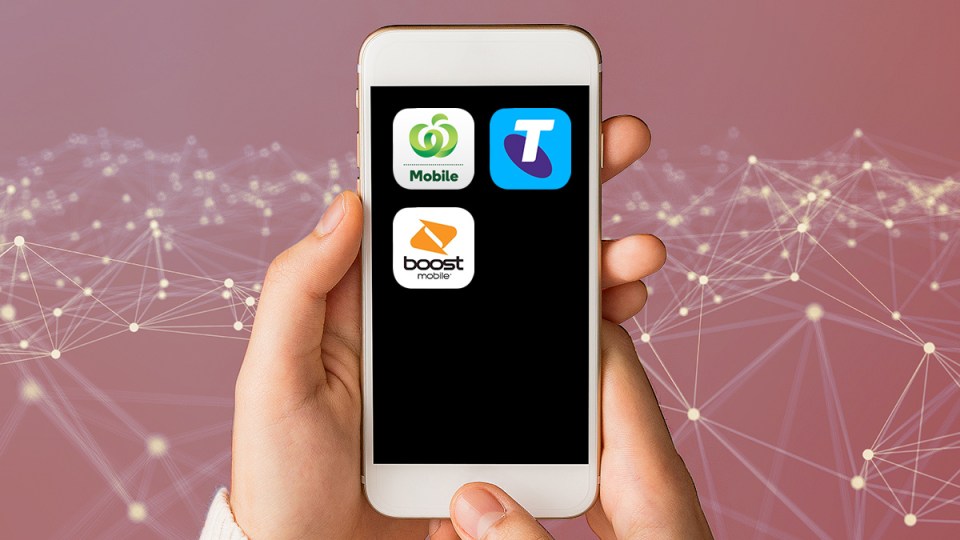 Shopping for the best pre-paid phone deal? There's a lot out there. Photo: TND
analysis

Last week we ran a story singing the praises of ALDImobile.

And no, it wasn’t a paid advertisement – just the mildly incoherent ramblings of an enthusiastic data lover who had escaped the clutches of one of the big three telcos … and was rabbiting on about it to anyone who’d listen.

The comments section on that story made for interesting reading.

Some agreed that Aldi offered a good-value SIM-only plan.

But others – especially people who lived in more remote parts of the country – criticised the German supermarket’s offering for patchy coverage, especially in Western Australia.

Beyond the big three

There were also a number of people singing the praises of other MVNOs, so we thought we’d investigate these other offerings.

But first things first, what the hell is an MVNO?

“The telcos – the big boys like Telstra – are very reluctant to do deals with companies such as Aldi, as they compete with them indirectly,” he told The New Daily.

“These MVNOs, such as Aldi and Amaysim and Boost, are always trying to get a better deal with the telcos, but they are basically prevented from that because it’s so difficult to deal with the telecommunications companies.

“From an industry perspective, Aldi and the other MVNOs are doing a great job trying to break that situation with the carriers and deliver a better price.

“Australia is paying well above average if you look on a global scale for their mobile services. So it’s very important that we have these companies providing a more realistic mobile price.”

One MVNO that was mentioned a few times in the comments section of last week’s article was Belong.

Phil Benjamin said: “After scanning the market, I have chosen Belong for my provider … Better priced than Aldi and all the rest.”

David Neyle agreed, saying: “Yep, I’m a Belong customer, and for those of us in regional areas I think it’s a good option. I think it gives access to all the Telstra towers and frequency bands in the regions, whereas some of the other resellers get a restricted service from Telstra mobile. I had read somewhere that it applied to Belong as well, but I’ve never experienced the issue that I’m aware of.”

David Williams is a fan of Boost, saying: “Boost have access to the full Telstra network. Aldi does not have full access (nor does Belong). Boost 12-month plans are great value, even cheaper than Kogan!”

Comparison website Finder actually cites Boost as its best-value mobile pre-paid plan, saying: “Boost Mobile is one of the only MVNOs that offers full access to the Telstra 3G and 4G networks, and its 30GB pre-paid plan is among its most attractive offerings. It packs plenty of data along with unlimited international calls to 25 countries, plus any data you don’t use automatically rolls over to the next month.”

Ken Meadows says: “I was on Aldi. Great coverage, good price. Now I’m with Kogan. If you pay for 12 months up front it’s very cheap. My plan works out at about $18/month with 13GB.”

Other MVNOs that people spoke about positively included Woolworths mobile, and Pennytel.

We compared the providers mentioned in the comments sections that clocked in around the $30-a-month mark (Aldi only has $25 or $35 options, so we went with the $35 option as it’s what was mentioned in our original story).

Note these are all SIM-only, pre-paid plans – you need to provide your own phone.

It may sound painfully obvious, but as many people acknowledged in the comments section, it comes down to identifying your personal needs.

If you spend time off the grid in regional Australia, check which mobile network coverage will suit you best (you can compare compare coverage on this map).

If you chew through data like Pac-Man, go for a high data offering (and preferably one that offers data rollover).

If you have people you speak to regularly overseas, go for a strong international call offering.

And in parting wisdom, Iain Davidson commented on the article, saying: “Moser Roth chocolate at Aldi is the best.”

Truer words have never been spoken.

The rise of the small-player phone plan