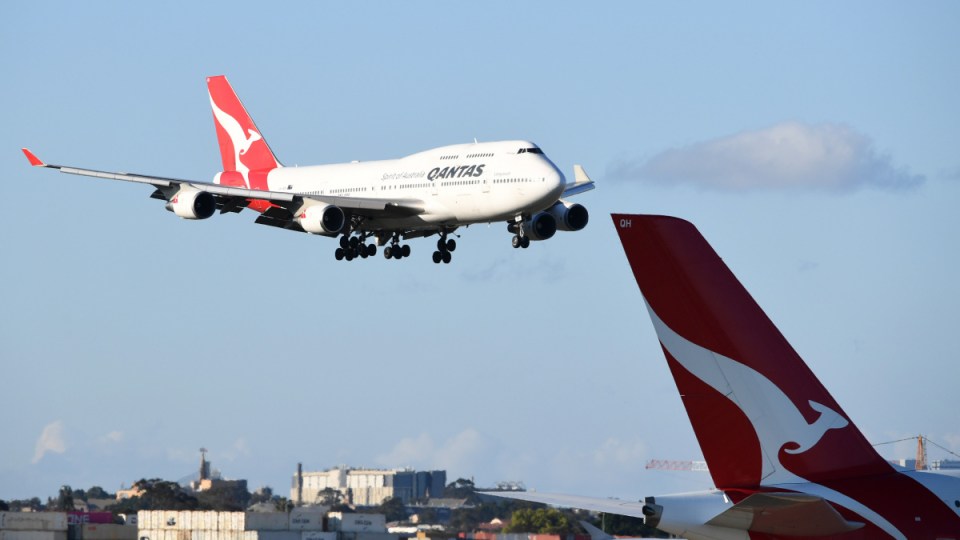 Two Qantas flights were diverted due to electrical faults this week, prompting questions over passenger safety as the airline phases out some of its oldest aircraft.

But experts say it is a good sign of Australia’s high safety standards, with Qantas pilots more likely to land as a precaution rather than take unnecessary risks in the air.

A Boeing 747-400 en route from Tokyo to Sydney was forced to land at Cairns International Airport early on Sunday morning after one of its four engines caught on fire mid-flight.

Passengers onboard flight QF26 reported seeing flames and sparks shooting out of the engine before the aircraft descended into Cairns.

A Qantas spokesman said a replacement engine was being shipped to Cairns this week.

The Airbus A330 aircraft departed Denpasar on Monday night but suffered an electrical fault hours later over northern Western Australia.

A Qantas spokesman confirmed engineers were inspecting the aircraft in Broome.

“The aircraft landed safely and passengers are being re-accommodated on service today either via Perth or direct to Sydney from Broome,” the spokesman said on Tuesday.

It comes as Qantas enters the final stages of phasing out its old Boeing 747-400s to make way for a new, modern fleet of Boeing 787 Dreamliners in 2020.

Aviation analyst Neil Hansford said it was very unlikely that the age of the jumbo jet used on flight QF26 had anything to do with the flaming engine that prompted the pilot to land in Cairns.

“I can think of many airlines that would’ve just shut that engine down and flown on through but because it’s Qantas they are very conservative.”

Mr Hansford said the technology of the new Dreamliners coming to Qantas was “far superior” than the older aircrafts, with passengers expected to suffer much less jet lag as a result.

“The pressure is basically tailored to the cycles of your body so you don’t feel as stuffed when you reach your destination, despite the fact you’ve been through a number of time zones,” Mr Hansford told The New Daily.

University of Sydney transport and supply chain management professor Dr Rico Merkert said Boeing 747-400s cost a lot of money to run because they burned through a lot of fuel.

“They’re all perfectly maintained, which is expensive and part of the reason that Qantas want to phase them out,” Dr Merkert said.

“A lot of Boeing 747-400s have been taken out of operation and converted to freight aircraft.”

Qantas has not had one plane crash in the history of operation and ranks as the safest airline in the world.

But disturbingly, other airlines around the world do not take safety so seriously.

Russian aircraft manufacturer Sukhoi is facing criticism after one of its super jets caught fire during an emergency landing at Moscow’s Sheremetyevo airport on May 5.

The Moscow Times reported that the aircraft came into land without any sign of fire and bumped several times on the runway before the tail burst into flames, killing 41 passengers inside.

Shocking video footage shows surviving passengers escaping from the front of the plane on evacuation slides, some of them carrying luggage.

Mr Hansford said in the event of an emergency landing, passengers should ditch their bags and “just get off”.

“Don’t take your bags, because you’re just clogging up the aisle and other people can’t get past you,” Mr Hansford said.

The horror crash prompted Virgin Airlines to cancel its order of Max 8 aircrafts, opting for Max 10s instead.