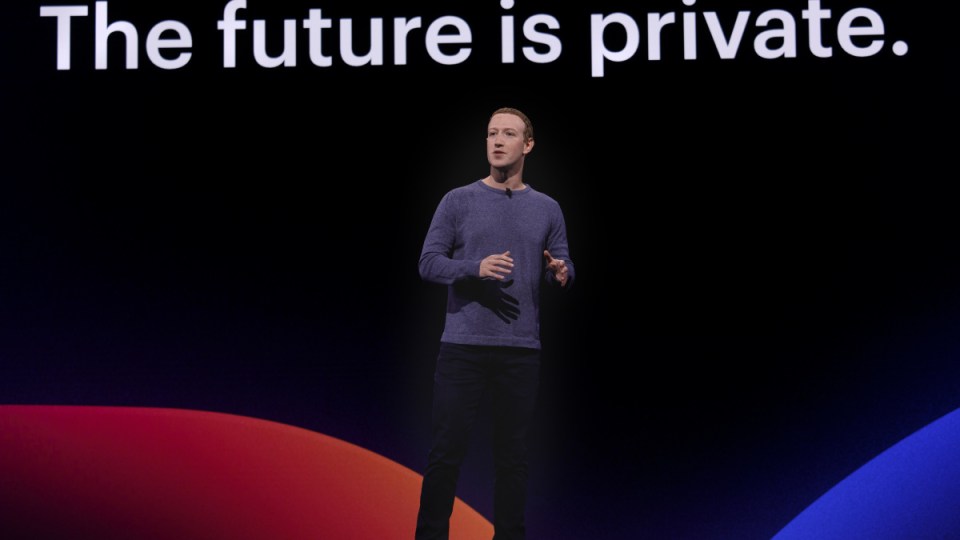 With the slogan “the future is private” projected above him, the embattled social media billionaire unveiled plans for a “privacy-focused” platform in a speech to developers at the first day of the company’s annual F8 conference in San Jose, California.

Conceding that Facebook’s new commitment to privacy marked a “major shift” in the company’s direction, Mr Zuckerberg acknowledged that the social media behemoth had much work to do in order to rebuild trust with the global community.

“I know that we don’t exactly have the strongest reputation on privacy right now, to put it lightly,” Mr Zuckerberg said at Tuesday’s conference.

However, the tech mogul said he believed the company has “what it takes to evolve”.

Facebook has come under fire from governments, technology experts, and users across the world for a litany of sins including privacy breaches, misuse of user data, and a failure to prevent its platform from being used to sew misinformation and spread political propaganda.

The company was fiercely criticised by New Zealand Prime Minister Jacinda Ardern following the Christchurch massacre for its failure to clamp down on extremists using the platform to spread hate.

Facebook’s new privacy focus will centre around giving people spaces where they can “express themselves freely and feel connected to the people and communities that matter most”, a statement from the company said.

Day one of the F8 conference also saw the unveiling of changes to the company’s other major platforms, Instagram and WhatsApp, as well as new details of augmented reality (AR) and virtual reality (VR) innovations.