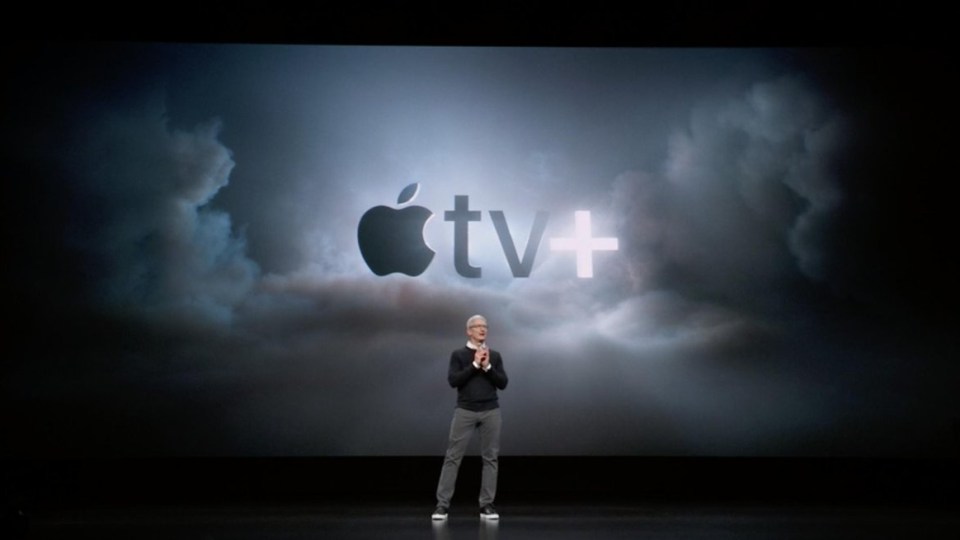 Apple's latest announcement was all about content. Photo: Getty

Technology giant Apple has signalled a fundamental shift in its business by unveiling a range of new streaming entertainment services, as well as financial products, at a star-studded event Tuesday morning.

Bringing months of speculation to an end, the launch event took place in front of a select crowd at the company’s headquarters at Cupertino, California.

From the MacBook to iPhone, Apple is best known for the sleek, intuitive design of its physical products, but Tuesday’s launch was all about content.

The new service, dubbed Apple TV+, was pitched as “the destination for the highest-quality originals” and was led by a slickly produced video featuring Hollywood director Steven Spielberg and stars attached to its original shows.

Spielberg who appeared live, touted the revival of his Amazing Stories anthology, while Reese Witherspoon, Jennifer Aniston, and Steve Carrell then took the stage to discuss another Apple original, The Morning Show.

While no pricing was announced for the new service, due to arrive later in 2019, Apple is expected to spend US$2 billion this year on original content to challenge established steaming players Netflix, Hulu, Amazon and the forthcoming Disney + service.

Apple, which became the world’s first trillion-dollar company in August last year, had been dropping cryptic hints about the launch event for weeks, sending the internet rumour-mill into overdrive.

And hot on the heels of the Google game streaming service, Stadia, Apple launched Apple Arcade in a bid to grab a slice of the multi-billion dollar gaming market.

More than one billion people have already downloaded games from the Apple App Store, with more than 300,000 games available.

Apple Arcade will aim to curate many of these games into its subscription service along with 100 new and exclusive games on iPhone, iPad, Mac and Apple TV.

Also on the agenda was Apple News +, a subscription news service offering access to a range of magazines and other publications.

The streaming entertainment market has been dominated by Netflix in recent years, but that market superiority will be sorely tested by the new Apple service, as well as an expected entry from entertainment behemoth Disney.

Set to launch later this year, Disney+ will have an enviable catalogue of content ready to go thanks to Disney’s $71.3 billion takeover of Rupert Murdoch’s entertainment behemoth 21st Century Fox.

Apple users will be able to sign up to a digital Apple Card via their iPhone in the Apple Wallet app. There will be also be a physical titanium card available.