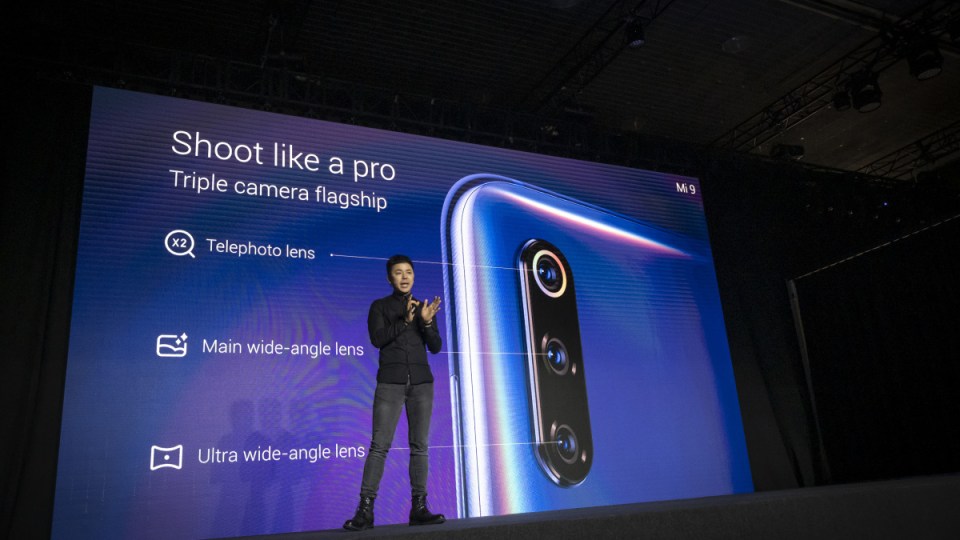 Here’s a round-up of the most impressive devices unveiled so far at this year’s event.

Huawei is the latest company to unveil a foldable smartphone, just days after Samsung revealed its latest Galaxy Fold.

Unlike the Samsung Galaxy Fold, which opens up like a tablet, the design of the Mate X sees the larger screen wrap around the outside of the device, rather than being enclosed.

There’s also a fingerprint sensor that can unlock the phone, as well as a triple camera system with a 40-megapixel, wide-angle lens and 8-megapixel telephoto lens.

While Oppo didn’t bring a phone to this year’s event, it came armed with awe-inspiring camera technology.

The rising Chinese tech giant developed a smartphone camera with a whopping 10x optical zoom, competing with most phones on the market that can only handle 2x optical zoom.

OPPO showcases 10x optical hybrid lossless zoom technology, looks at the samples, which is crazy.
By the way, this core technology is provided to OPPO by Corephotonics, which was recently acquired by Samsung for $155 million. pic.twitter.com/CF8LhZSxnW

For Oppo devices to achieve 10x optical zoom, its hardware features an 8.6mm triple-camera system that includes a 48-megapixel main lens and a 120-degree, ultra-wide lens and a 160mm telephoto zoom lens.

The company also revealed it has been working on its 5G technology, with Optus and Telstra expected to have a 5G-ready phone in the second half of the year.

Xiaomi has unveiled its affordable 5G version of its already popular premium smartphone, the Mi Mix 3.

The phone features an all-screen design with minimal bezels and a slide-out mechanism for its selfie cam system.

While Australian prices haven’t been confirmed, the phone will sell for almost $700, which is a lot cheaper than other 5G phones about to hit the market.

The #5G era has arrived!

The @Qualcomm #Snapdragon855 processor and #MiMIX3 come together for one powerful 5G experience. #5GIsHere pic.twitter.com/whFTUuxOLf

Other highlights at MWC so far include LG’s V50 device, which has the new Snapdragon 855 processor, improved cooling, bigger battery and the addition of 5G.

Following in the footsteps of other smartphone makers, the handset features a folio case that opens up into a second screen.

The V50 has a 6.4-inch display, however the secondary panel is limited to a 6.2-inch diagonal measurement.

The company also continued its retro trend with its Nokia 210, a phone with a classic look, physical number keys and a solid brick body.