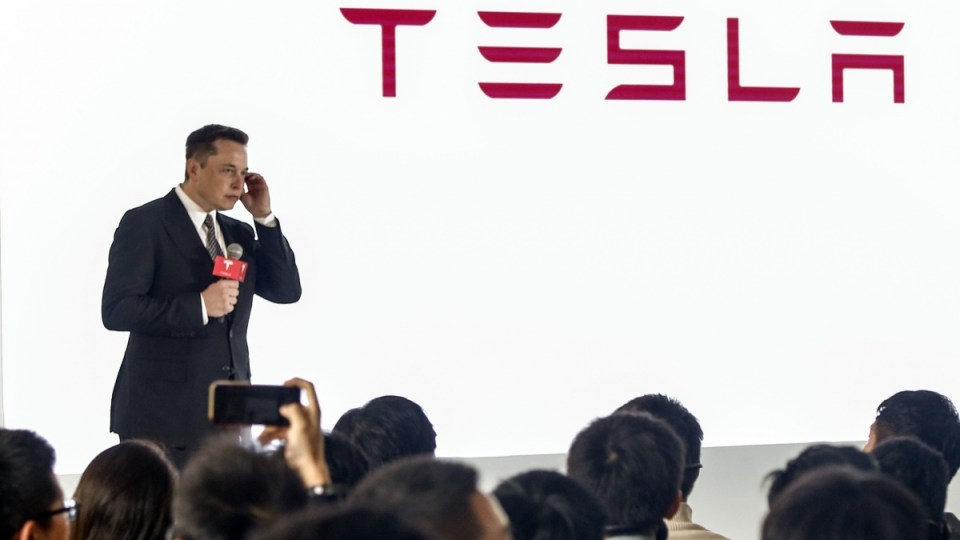 Tesla CEO Elon Musk will cut 7 per cent of the workforce at his electric car maker, telling staff “there isn’t any other way” to viably produce the company’s Model 3 sedan.

In an email to employees on Friday morning [local time], the 47-year-old described the road ahead for the company as “very difficult” as it battles to make the mass market sedan — which has a starting price of $44,000 [$AU61,000] — more affordable.

“While we have made great progress, our products are still too expensive for most people,” Musk wrote. “Tesla has only been producing cars for about a decade and we’re up against massive, entrenched competitors.”

“The net effect is that Tesla must work much harder than other manufacturers to survive while building affordable, sustainable products.”

Only the most critical employees, contractors and temporary workers will be kept on board as the company pushes to ramp up production of the car which has been beset by lengthy delays.

Tesla stock slumped 8 per cent in the wake of the news.

The car maker actually made a 4 per cent profit in its third quarter last year thanks to sales of higher priced Model 3 variants.

But that profit will be even harder to achieve this year when a generous US government tax credit on electric vehicles — worth $7,500 [$AU10,400] last year — comes to an end.

As Musk noted, it hasn’t been all bad news at Tesla. In the last quarter of 2018, the company produced almost as many vehicles as it did in all of 2017. The Model 3 also became the best-selling premium vehicle of 2018 in the United States.

But the company has also been beleaguered by the behaviour of Musk himself who was forced to step down as Tesla chairman for three years and pay a $20 million [$AU27 million] fine after he tweeted he had secured funding to make Tesla a private company worth $420 a share.

Musk was sued in federal court by the Securities and Exchange Commission who claimed he misled investors.

“Higher volume and manufacturing design improvements are crucial for Tesla to achieve the economies of scale required to manufacture the standard range (220 mile), standard interior Model 3 at $35,000 and still be a viable company. There isn’t any other way.”

In an interview with The New York Times in August, the tech entrepreneur who also founded rocket company SpaceX described the last year as “hell”.

Just last week, SpaceX also announced it was laying off 10 per cent of its workforce.