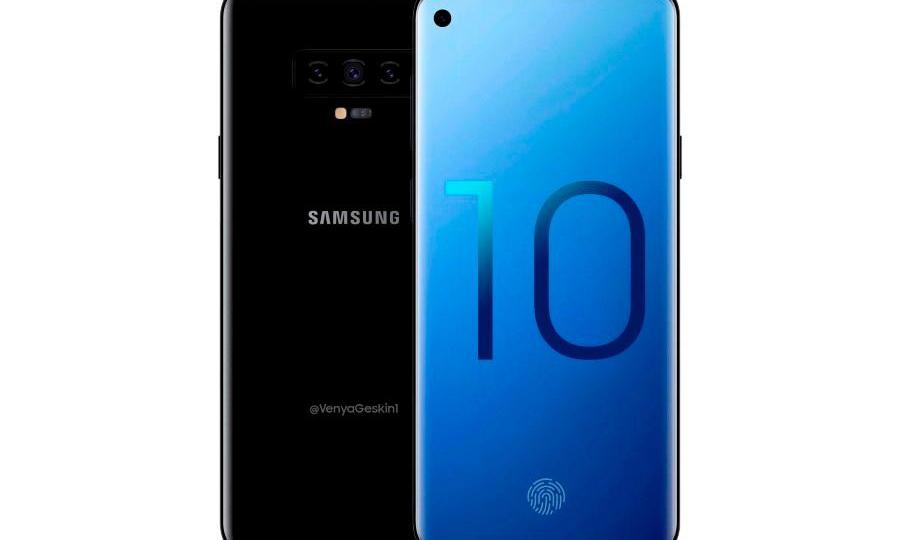 Welcome to another year of tech giants battling it out to release smartphones with the bigger screens, sharper cameras and even 5G capabilities.

We’re just weeks away from what could be the launch of Samsung’s flagship Galaxy S10 line-up at its next Unpacked event on February 20 in San Francisco.

According to a report in The Wall Street Journal, Samsung will show off three variants of the Galaxy S10 and a “fully functional” version of its highly-anticipated foldable phone.

A higher-end fourth S10 model with 5G connectivity is also set to be launched later in the year.

On Samsung’s invitation to the event the company notes that 2019 marks the 10th anniversary of the Galaxy series, with the invitation prominently featuring the number 10.

Analysts and leakers are painting a picture of what Samsung’s 10th edition will look like – and if the rumours are true, this will be the tech giant’s most powerful device yet.

The S10 is set to come equipped with a Snapdragon 855 chipset – the first chip to work with Qualcomm’s 3D Sonic Sensor, which has a fingerprint reader embedded into the display itself.

The chip also allows for better camera processing capabilities, such as shooting videos in 4K high-definition resolution (HDR) and the ability to detect who and what’s in front of the camera.

Here’s a breakdown of the predicted configurations

Galaxy S10 Lite: Marketed similar to the budget iPhone XR, this will be the less expensive device with a 5.8-inch display and 128GB of storage. Some rumours include that it will have no fingerprint reader or a headphone jack. Rumoured price: $1203

Galaxy S10: According to Twitter leaker Ice Universe, this phone will have a total of three cameras. It’s expected to have a 6.1-inch display and could be the same size as the Galaxy S9. Rumoured price:  $1437 for the 128GB version and $1797 for 512GB.

A case manufacturer's expectations for the Galaxy S10 lineup: pic.twitter.com/lrExjvalcb

Galaxy S10 Plus: This will be the successor to the Galaxy S9 Plus and with the largest screen, which could be a 6.4-inch display with two-front facing cameras and four rear cameras. Ice Universe is also making claims that this smartphone will be 7.8mm thick and have a 4000-mAh battery. Rumoured price: $1617 for 128GB, $1977 for 512GB and a one terabyte model for a whopping $2516.

According to Sammobile, the 12-megapixel variable aperture lens will feature on the S10 Plus, and it’ll be joined by a 16-megapixel wide-angle lens with a 123-degree field of view, an f/1.9 aperture, but no optical image stabilisation or auto-focus.

Korean site Electronic News has reported that Samsung will bring out a variant of the Galaxy S10 X that supports 5G in March.

In addition to 5G connectivity, the rumoured phone has four rear cams and two front cameras, a 6.7-inch Super AMOLED display, 5000-mAh battery,10GB of RAM and up to 1TB of storage.

What to expect from the latest iPhones

According to popular Apple analysis site Mac Rumours, Apple’s 2019 line-up will be a continuation of the iPhone XS and XR devices, with rumours suggesting there’ll be a 5.8 and 6.5-inch OLED iPhones along with a 6.1-inch LCD iPhone.

The site also suggests the smartphones will be likely to adopt upgraded A13 chips from TSMC, Apple’s chip supplier, which will bring improved performance and efficiency.

In terms of price, there’s no exact word on how much the latest iPhones will cost, but top analysts suggest Apple will offer multiple price points and sizes, as it did with the 2018 models.

Apple could force iPhone users to fork out for a new charging cable when it releases its next model as previous cables will be incompatible.

Smartphone predictions: What’s in store for Samsung and Apple in 2019