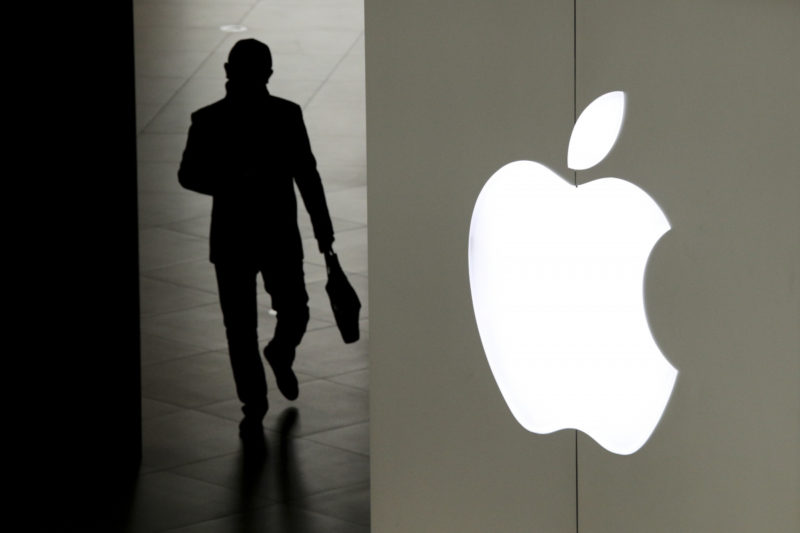 Australian shares took a dive on the same week that an Apple slump dragged down Wall St. Photo:AAP
opinion

After being a loyal iPhone user for almost a decade, I know it won’t be a clean break-up, but a messy divorce.

You will make me fight for everything: my treasured family photos, my collection of movies, TV shows and music. And I leave with the knowledge I may never see some of those things again.

To be honest, I’m nervous about it. I’m not even sure I know how to do it.

Trying to coerce your iCloud storage system to cooperate with my home PC is unnecessarily complex, so photos of some of the most incredible events of my life may be in jeopardy.

My collection of movies and music purchased through iTunes will become little more than a herd of white elephants peering at me through an icon on my desktop forever more.

While the likes of Netflix, Stan, Spotify and even your own Apple Music have made entertainment more affordable and accessible, you have left me abandoned in a content cul de sac with a pointless collection of shows and albums I paid good money for, but can’t take with me when I leave.

Extracting my possessions from you will become a week-long nightmare that will make reconstructive dentistry seem painless. And there’s no guarantee of success.

Still, I must go.

The longer I stay, the harder leaving becomes.

It wasn’t always like this. You were doing a lot right. You were innovating, making people’s lives better with small improvements.

How did this happen? By December 2018 you had carved out a massive 60 per cent of the Australian mobile market. Down from your peak, but still well ahead of your nearest rival Samsung, which had a comparatively paltry 21 per cent.

But somewhere between the iPhone 3 and the iPhone X, you lost your way.

Too many ‘upgrades’ (wow, another new colour!), too few developments and ill-considered additions that don’t work (has anyone mastered the force touch?).

Worst of all, the most infuriating problem I had with my first iPhone all those years ago I still have. Here’re the three words every iPhone user mutters to themselves daily: low battery life.

You were the Douglas Mawson of smartphones. Intrepid and pioneering. You’ve become the Adam Sandler of the phone world. A predictable one-trick pony that thinks just showing up is a good enough reason for people to hand over their money.

And what a lot of money that is.

A major Australian retailer is charging a shade under $1500 for an iPhone X with 64GB of storage. A Huawei Mate 20 with double the storage capacity and arguably equivalent technology is $1100 at the same store.

When you clearly had the best phones in the market, I was willing to pay a bit more. But that’s not the case anymore.

So why the massive premium? Are we paying for the prestige of your brand? I hate to break it to you, but that reputation is not what it used to be.

Headlines have begun trumpeting ‘the end of the age of Apple’, with commentators decrying your lack of innovation.

And at a consumer level, as The New Daily reported this week, Chinese buyers are abandoning you in droves.

That’s one of the factors that chief executive Tim Cook blamed for a $10 billion slide in revenue. Wedbush Securities analyst Daniel Ives said the Chinese market “fell off a cliff” and described the plunge as a “jaw-dropper”.

Perhaps we ‘Apple slaves’ allowed you a bit of leeway while the handsets of your major competitor were exploding.

But now there are some genuine competitors beyond Samsung – Huawei, Google, Oppo – that are far cheaper, highly effective and don’t spontaneously combust.

The only way you are retaining that healthy market share is surely because of slobs like me who stay with you because it’s easier, it’s all they know, or because they don’t want to lose access to the 40-odd albums they bought on iTunes eight years ago.

Well, I’m not going to keep paying them the lazy tax forever. I’m done. I’m getting out before I become further entangled in your web of incompatibility.

Sorry, Apple, but it’s my way or the Huawei.

My partner’s been using one for a few months now and she says the only bad thing is the predictive sex. Sorry, text.