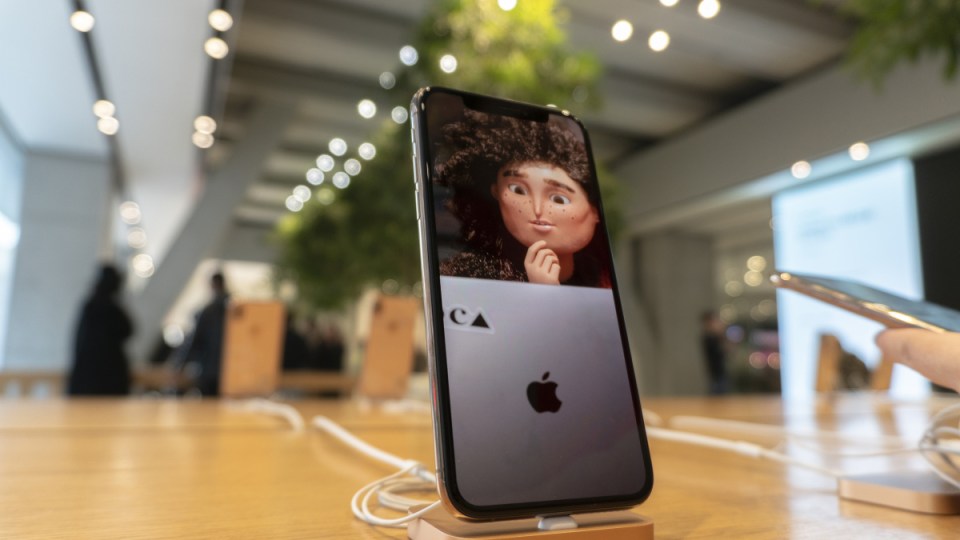 Lacklustre iPhone sales in China are bad news for Apple – and its shareholders Photo: Getty

Apple shares have tumbled on Wall Street after the tech giant blamed weak iPhone sales in China and the escalating trade war for an unprecedented $10 billion plunge in its quarterly revenue.

The bleak sales forecast marked the first time Apple has revised its guidance to investors in more than 15 years, prompting the share price plunge.

Apple, which was until recently the largest publicly traded company in the US, is now worth less than IT rivals Microsoft, Amazon and Google’s parent company, Alphabet

iPhones are Apple’s flagship product, delivering about two-thirds of the company’s revenue.

The revenue announcement also raised questions about whether Apple is being punished by Chinese officials in favour of local rivals such as Huawei.

Huawei is China’s leading smartphone manufacturer but it is a small player in the US, where it faces government bans amid security concerns. Australia has already banned the Chinese company from tendering to build the country’s 5G network.

Mr Cook told CNBC that Apple products had not been targeted by the Chinese government, but some consumers might have chosen not to buy an iPhone or other Apple device because it is an American company.

“The much larger issue is the slowing of the [Chinese] economy, and then the trade tension that has further pressured it,” he said.

Some analysts, however, questioned the impact of Apple’s own actions.

“The fact that they missed … wasn’t the shock,” Daniel Ives, an analyst at Wedbush Securities, told Bloomberg.

“It was the degree and how confined it was to China. The fact that China basically fell off a cliff was a jaw-dropper and, combined with the lack of metrics, it makes investors feel like they’re walking blindfolded in the dark.”

Investors learned of the revenue downgrade in a letter from Mr Cook on Wednesday (New York time).

“While we anticipated some challenges in key emerging markets, we did not foresee the magnitude of the economic deceleration, particularly in Greater China,” he wrote.

“In fact, most of our revenue shortfall to our guidance, and over 100 per cent of our year-over-year worldwide revenue decline, occurred in Greater China across iPhone, Mac and iPad.”

Mr Cook also said the weaker result was because the number of customers upgrading to new iPhone models in other countries was “not as strong as we thought they would be”.

He said the newest iPhone models were released earlier in the year than 2017’s flagship iPhone X, making for difficult year-on-year comparisons. The iPhone X launched in November 2017, while the iPhone XS and XS Max were released in September 2018.