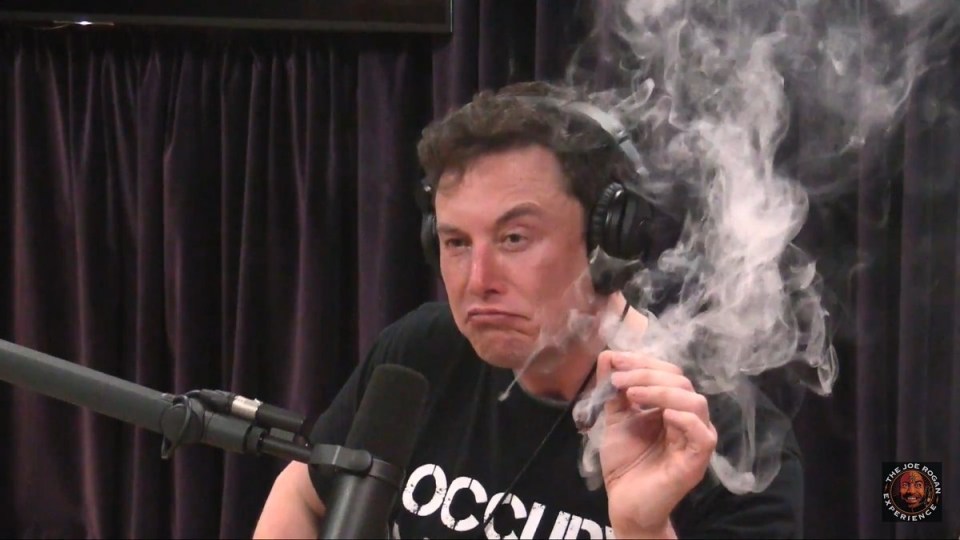 SpaceX founder Elon Musk has been warned he needs to clean up his act if he wants to keep working with space exploration agency NASA.

At a press conference in Washington DC on Thursday, National Aeronautics and Space Administration’s chief Jim Bridenstine said he had several conversations with Musk about his recent erratic behaviour, which he asserted “did not inspire confidence”.

Musk — whose company SpaceX shares a $US6.8 billion [$9.3 billion] contract with Boeing to develop launch systems for NASA — drew headlines in September when he smoked marijuana and drank whiskey during an interview on podcast “The Joe Rogan Experience”.

“We’ve had a number of conversations,” Mr Bridenstine told media, as reported by The Atlantic.

“I will tell you, he is as committed to safety as anybody, and he understands that that was not appropriate behaviour, and you won’t be seeing that again.

“I will tell you that was not helpful, and that did not inspire confidence, and the leaders of these organisations need to take that as an example of what to do when you lead an organisation that’s going to launch American astronauts.”

Mr Bridenstine also ordered NASA to conduct reviews of the workplace culture at both Boeing and SpaceX which is understood to be linked to Musk’s drug-taking.

In a statement, the agency said the reviews would “ensure the companies are meeting NASA’s requirements for workplace safety, including the adherence to a drug-free environment.”

Musk’s behaviour has come under increased scrutiny in recent months.

The 47-year-old was forced to resign as Tesla chairman and pay a $US20 million [$27 million] settlement in relation to fraud charges over an August 7 tweet in which he claimed he would take his electric car company private.

In an mea culpa interview with The New York Times in August, Musk spoke of the “excruciating” personal toll of running the two companies and became emotional at times as he spoke about sacrificing his personal life.

“This past year has been the most difficult and painful year of my career,” the South African-born tech icon said.

But Mr Bridenstine said the workplace culture review was also sparked by previous tragedies in NASA’s history, including the Challenger and Columbia space shuttle disasters in which a combined 14 astronauts died.

He also said the reviews were a “necessary and appropriate step when you’re launching humans on rockets”.

“Every single one of those accidents had a number of complications. Of course, the technological piece was a big piece of it. [But] the other question that always comes up was, What was the culture of NASA?” he said.

“What was the culture of our contractors, and were there people that were raising a red flag that we didn’t listen to, and ultimately did that culture contribute to the failure and, in those cases, to disaster?”

In 2014, NASA awarded both Boeing and SpaceX a joint $US6.8 billion contract to develop launch systems which would transport astronauts to and from the International Space Station.

American astronauts have not launched from US soil since 2011.

‘That did not inspire confidence’: NASA tells Elon Musk to stop drinking and smoking pot