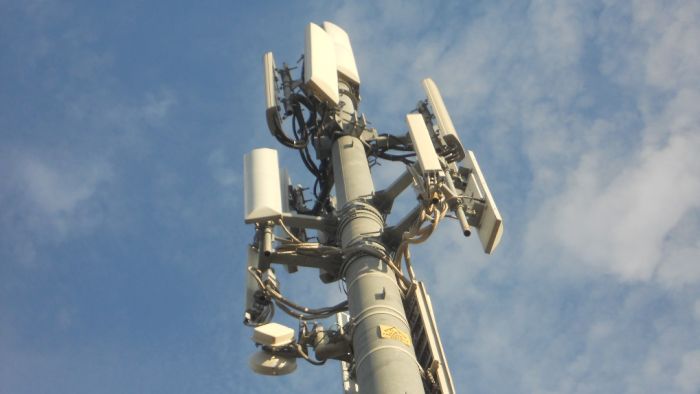 5G will be a serious competitor to the NBN, warns expert Photo: AAP

A new mobile network could steal customers from NBN Co and ultimately threaten its viability, a telco expert has warned.

Consumers with a “substandard and obsolete” broadband connection will turn to the 5G network, which will leave a “significant dent” in NBN Co’s income.

The 5G cellular network will begin rolling out from 2019, with Telstra already trialling it in preparation.

Optus is planning a commercial rollout later this year, with an expected completion date of 2020.

According to Dr Mark Gregory, electronic and telecommunications associate professor at RMIT University, NBN Co should be worried about 5G being serious competition.

“The reality is that NBN Co could lose at least 15 per cent of its customers, particularly those that have a second-rate, obsolete, poor quality, unreliable fibre-to-the-node-connection,” Dr Gregory told The New Daily.

“This will leave a serious dent in NBN Co’s income, which could lead to it being unviable.”

In NBN Co’s latest annual report released in October, there is only a bare mention of 5G acting as a “central challenge”, with the government-owned corporation suggesting it would monitor the market to address “competitive risks”.

An NBC Co spokesman said the network was already facing competition with high-speed 4G mobile broadband delivering speeds of up to one gigabits per second.

“Despite this competition from high-speed 4G mobile, NBN is already achieving our targeted take-up rate of nearly 75 per cent right across the country,” the spokesman told The New Daily.

“We have always forecast that around 25 per cent of homes will be either mobile broadband-only homes or will be vacant and take no fixed broadband service – and that is exactly what is happening on the ground.

“The NBN network will deliver Australian homes and businesses a great fixed-line connection capable of delivering both high speeds and massive data volumes, whilst 5G will deliver high-speed mobile connectivity outside the home.”

In a speech last week, Australian Competition and Consumer Commission (ACCC) chair Rod Sims said the rollout of 5G would have a “significant impact on broadband markets, including the NBN”.

“This leads us to an interesting competition issue: What does 5G mean for the NBN? We will need to wait and see what happens when 5G becomes widely available and how markets react.”

Dr Gregory called out Mr Sims on refusing to address the underlying reasons as to why 5G was a competitor.

“It appears to me that the ACCC is running an ideological line that is not helping consumers,” Dr Gregory said.

“He should come out and list the criteria as to why people should ditch the NBN for 5G, but he has been totally and utterly silent about this.

“If Mr Sims wants 5G to be a competitor to the NBN then he must advocate for the 5G networks to pay the regional and remote levy (Regional Broadband Scheme).”

‘Not a threat to NBN’

Professor Thas Nirmalathas, an expert in electronic engineering at the University of Melbourne, said fixed and wired connections to premises would remain key for a large part of the population to access broadband.

“The 5G network will trigger new applications and new interactions, so that will definitely change how people consume. But my gut feeling is that in some areas consumers will turn to broadband over mobile networks because the speed may be comparable to 5G,” Professor Nirmalathas told The New Daily.

“There will be some erosion, but it won’t completely change or threaten the NBN in my personal view.”

“From a mobile networks perspective we see increased competition with the NBN but we don’t see it being replaced as these technologies are going to be part of an eco-system that shows them to be very complementary,” Mr Althaus told The New Daily.

“With the fourth industrial revolution well on its way, now is the time for the government to fully embrace 5G by developing a clear path for deployment and spectrum to ensure Australia remains a world leader.”

Research by Telsyte, an independent Australian analyst firm that focuses on emerging technologies, showed one in three households were interested in connecting to services such as 5G technology.

The research showed 41 per cent of Australians aged 16 to 34 were interested in subscribing to 5G services for the home, given higher awareness and higher levels of living in rental accommodation.

“However, the uptake of 5G as a fixed-line replacement will still be limited by the availability of spectrum, higher data consumption and potentially higher costs in the short to medium term,” Mr Lee told The New Daily.

In October, Telstra announced it had 600,000 smart modems with 4G connectivity installed in homes across Australia, allowing customers to move to the NBN network and to work as back-up if an outage occurs.

Dr Gregory praised Telstra on offering the service to consumers, but said there should not be a strong need for this technology.

“This just tells you something about the internet we have. If you’re on a reliable all-fibre network that was designed properly you wouldn’t need this. The fact that we’ve got to this point now is really bad,” Dr Gregory said.

“There are some people who disconnect their fixed network to use the 4G network because the speed is so slow in some areas.”

A Telstra spokesman told The New Daily that mobile connectivity would not replace the NBN network.

“While there will be a subset of customers who choose wireless internet, the majority of households will continue to require a fixed network connection,” the spokesman said.

An Optus spokeswoman told The New Daily it saw 5G fixed wireless technology as complementary to existing fixed technology, such as NBN.

The ACCC did not respond to The New Daily‘s request for comment.