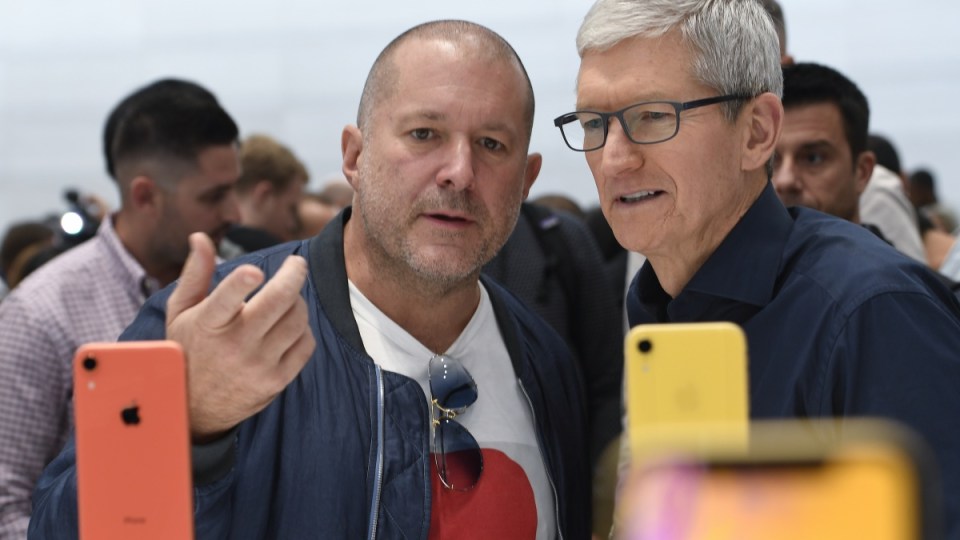 Good news, Apple loyalists: You won’t have to burn $US1000 on your next iPhone.

That’s because for about $US750, you can have the iPhone XR, which is just as fast and nearly as capable as its more expensive counterparts.

The cheaper iPhone, which becomes available on Friday, is the model that most people should buy.

This year’s other iPhones – namely the XS and XS Max devices, which cost about $US1000 and $US1100 and are already in stores – are luxury devices better suited for enthusiasts willing to spend a premium for superior cameras or a jumbo screen.

For everyone else, the XR is perfectly adequate and has few downsides. Its 6.1-inch screen, which is based on LCD, an older display technology, looks ever so slightly inferior to the OLED screens on the XS phones –  but you would need to be a movie buff to notice the difference.

The XR’s single-lens camera is also less capable than the dual-lens cameras on the XS models. Yet the XR can still produce very satisfying photos of people using portrait mode, also known as the bokeh effect, which puts the picture’s main subject in sharp focus while gently blurring the background.

The XR is slightly less durable than its more expensive cousins.

Its glass back is not as tough as the one on the XS. Its casing, or chassis, is composed of aluminium instead of the more robust stainless steel on the costlier phones.

Yet these differences are negligible. (I recommend that people use a case to protect those parts of the phone anyway; carrying a phone without a case is a bit like driving a car without bumpers.)

All of these minor negatives add up to a win for price-conscious consumers, especially as smartphone prices keep climbing – iPhones a few years ago started at about $650, while prices for Android phones from Google and Samsung have also shot up to between $700 and $1000.

IMO the 128 GB iPhone XR is by far the best value in the entire iPhone lineup. Apple could have easily only offered 64 and 256 GB. pic.twitter.com/kXDFjHN7ef

After testing an XR for four days, these are the highlights.

A bright and vibrant display

Apple developed a new kind of LCD to improve colour accuracy and squeeze the XR’s screen into the corners of the phone. The result is what Apple calls a Liquid Retina display, which looks better – brighter and more vibrant – than past iPhone LCD screens.

I confess that I struggled to see a difference between the Liquid Retina screen and the OLED on an iPhone XS.

The distinction is most evident in blacks: If you look at a photo taken in the dark, you will notice that the blacks on the XR’s screen have a faint blue glow, which is coming from the backlight used to illuminate the screen, while the blacks on the XS look darker and more realistic because the OLED technology turns off individual pixels to make them black.

While browsing Instagram on the XR and the XS, I came across a few photos that clearly looked better on the XS’ OLED screen. One example was a professional photo for a New York Times article about the death of Holmes Niscué, an indigenous leader in Colombia. In this photo, which shows people carrying a coffin, the reds looked more accurate on the XS than on the XR, and the shadow details of the coffin looked more pronounced on the XS screen.

These downsides were trivial. The vast majority of your time on a phone will probably be spent looking at amateur photos taken by friends and family anyway, so it’s worth saving $250 to have this slightly less vibrant screen.

Just some of the images I shot using the #iPhoneXR pic.twitter.com/HgStRaMNvZ

If you are debating between an XS and XR, your buying decision will probably come down to the camera. The XR’s single-lens camera takes excellent, clear photos with life-like colours, but because it lacks a second lens, it is less capable at taking those DSLR-like portrait mode shots, which are a lot of fun.

To do portrait mode with the XR’s single lens, Apple used machine learning, which involves computers analysing images to recognise people in the photo and properly sharpen them while blurring the background. Apple decided to limit its machine-assisted image processing on the device specifically to human subjects.

In contrast, the second lens on the XS camera helped the device do portrait shots of a wider variety of subjects, like dogs and objects. In addition to the help of machine learning, the two lenses worked together to create a depth-of-field effect that kept the main subject in sharp focus while blurring the background.

When you attempt to take a portrait photo of a nonhuman, the XR camera will display the message “No person detected”. This was the biggest downer to me as a dog owner and foodie (and what ultimately drove me to buy an XS).

In contrast, Google’s $800 Pixel 3 also has a single lens and, with the help of machine learning, did a fantastic job in my tests producing portrait mode photos featuring dogs, food and people.

Let’s speed through what else you need to know about the XR:

As is often the case for new gadgets, good things come to those who wait. If you resisted splurging on the XS to wait for the XR, you will be rewarded with a great phone – and some extra cash lying around.

Apple’s cheap phone is actually better for most of us