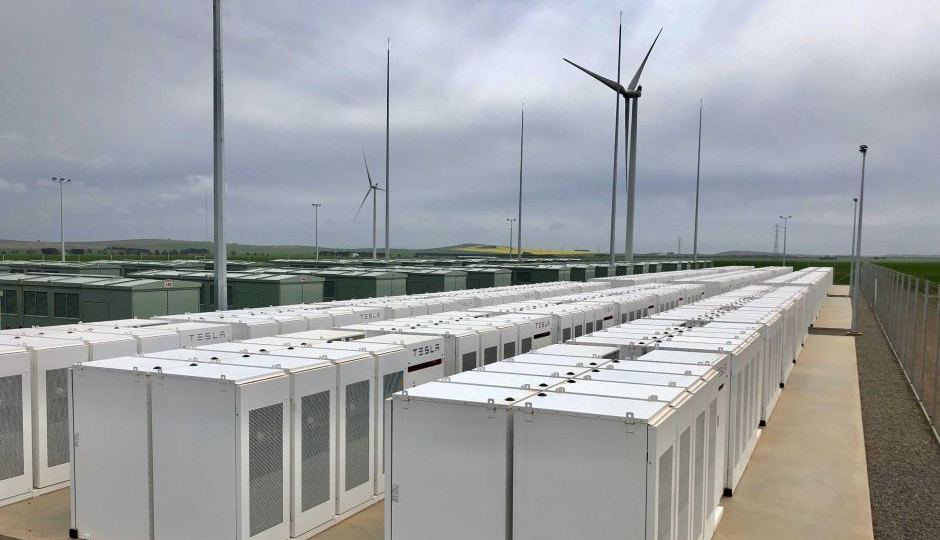 South Australia had the first jumbo battery installation, but Victoria's will be much bigger.

Scott Morrison said it would be about as useful for the electricity system as the Big Banana at Coffs Harbour or the Big Prawn at Ballina in New South Wales.

“But that is not solving the problem.”

Resources Minister Matt Canavan reportedly dismissed the big battery as “the Kim Kardashian of the energy world: it’s famous for being famous [but] doesn’t do very much”.

Yet no less an authority than the Australian Energy Market Operator (AEMO) disagrees.

“Its ability to respond very, very quickly to the different types of conditions that we see on the power system has been very encouraging for us,” AEMO’s executive general manager of operations Damien Sanford told the ABC.

AEMO’s data shows that it can dispatch power far more rapidly and precisely than conventional thermal power stations and more swiftly and accurately than the market operator thought possible — while also pushing down prices.

“We’ve been pleasantly surprised and would encourage more of this technology into the grid,” Mr Sanford said.

In the partisan ideological debate over power, that message hasn’t universally sunk in.

The big battery, located on a windfarm about three hours’ drive north of Adelaide, continues to be derided by critics as too small to be of any use: 100 megawatts of power, a drop in the ocean of demand.

But this misunderstands what the battery was designed for and what it has achieved.

Australia’s electricity grid requires regular small adjustments to keep the supply and demand of electricity in balance and keep the system operating at the required frequency — a tight band around 50 megahertz.

The Tesla big battery is registered to provide these “frequency control ancillary services” or FCAS.

According to AEMO, the speed, precision and agility of the battery is unprecedented in dealing with these regular, small frequency variations as well as major power disturbances.

Not only are its responses technically superior, it has also lowered the cost of providing these services.

The South Australian Government has contracted to buy most of the power at a cost of $4 million a year as an emergency reserve.

But that expense is being more than offset by the downward pressure the battery is putting on the cost of crucial network services.

In the first quarter of this year, the cost of FCAS fell by nearly $33 million, or 57 per cent, according to AEMO — in large part because of the introduction of the Tesla big battery.

Politicians and others hostile to renewable energy feed a constant message that wind power and solar power are a threat to reliable energy supply, yet their output is highly predictable.

But Mr McConnell said the bigger threat came from coal-fired power stations suddenly and unexpectedly breaking down — something that has happened on numerous occasions in recent times, particularly in hot weather.

In these circumstances, the Tesla battery has helped to play a role in stabilising the grid, according to AEMO and other experts.

“We sense something on the system and the automated protections kick in, then a battery can operate at around 200 to 250 milliseconds — so very much sub-one second response — to protect the system,” Mr Sanford said.

“Normally we would trip load under those conditions; this type of technology affords us to do a rapid injection of power to protect the system.”

“We have seen several occasions where large coal-fired power stations have tripped and the Tesla battery has jumped in to help control frequency,” he said.

He dismissed some claims from enthusiasts who had implied that the big battery has single-handedly saved the electricity system from collapse when big coal-fired power generators have failed — it’s not big enough for that.

But it has played a role and responded extremely rapidly, demonstrating the potential of the technology.

Said Mr Sanford: “This technology, as it becomes more common in the system, can actually contribute to a more secure and reliable system.”